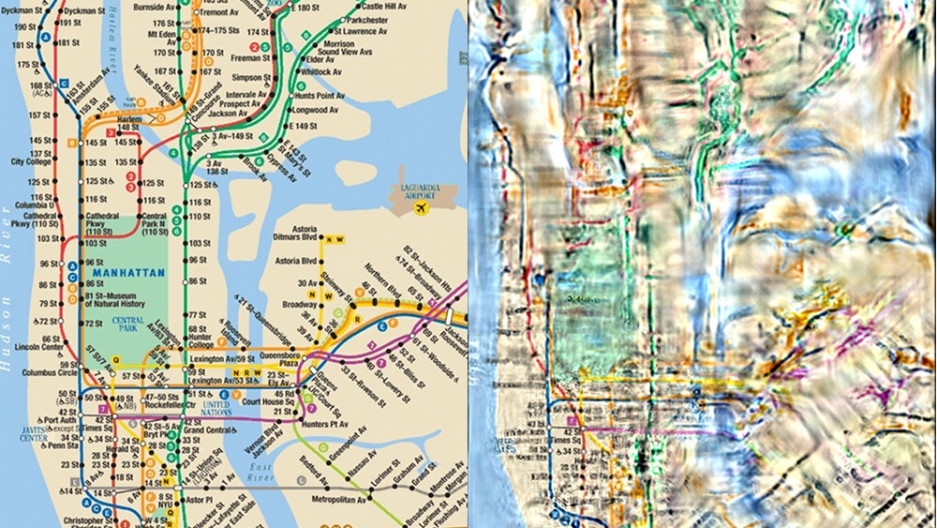 The New York City subway map, left, is pictured alongside a peripheral vision visualization with a focus on the Times Square subway stop.

Max Roberts, a transit map researcher and lecturer at the University of Essex, has a mild obsession with maps.

“When I was in my teens, I used a huge London bus map to just learn every square inch of London. It's quite a sort of achievement when you're a teenager to go out and explore like that,” Roberts says, “It's turned out to be useful knowledge.”

Roberts has now moved from memorizing maps to re-designing them. He started, of course, with the London map. 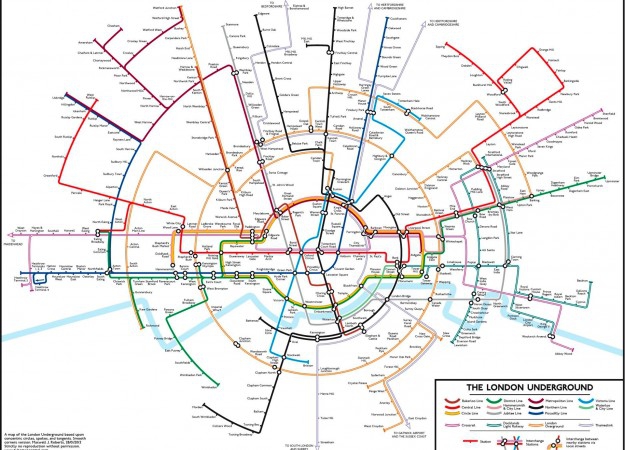 “They'd opened up a brand new sort of circular line around the outskirts of central London. And there were people sort of trying out circles and I thought they weren't doing it very well, so I tried something a bit more disciplined with perfect circles that were centered on one spot and spokes all radiating from one single place. And then I was astonished at the response I got in London. I was expecting people to say ‘You've messed about with a map! That's horrible — take it away!’ But in fact, large numbers of people loved it, and I've been sort of on a world journey, trying the map on different cities worldwide,” Roberts says.

“The trouble with the official Paris map is it takes a complex reality then turns it to zig zags, so it's not actually simplified, it just changes the shape of the complexity,” Roberts says.

In his re-design, he smoothed out the map’s zig-zags, easing the shape, and showing the map’s loop lines. When his map was tested for readability, it was found that his new curvy linear design was 50 percent faster to read than the official Paris transit map. 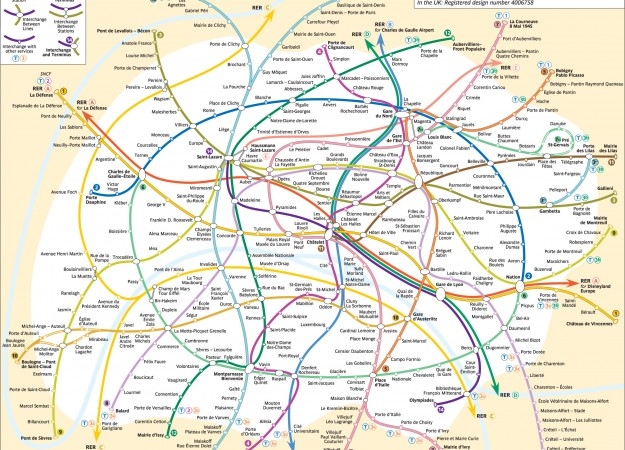 “Fifty percent faster time to plan a journey,” Roberts says. “And when you think about all the tourists in Paris, those sort of extra seconds add up to thousands of years every year.”

Ruth Rosenholtz is a principal research scientist in the department of brain and cognitive sciences at Massachusetts Institute of Technology. She thinks Roberts’ maps are ingenious.

“There's a lot of different criteria that go into making something a good map or not a good map. But there are definitely things you could do from a human perception point of view to make it easier to quickly glance at the map and tell where you need to go,” Rosenholtz says. “Even though, in many ways, Max is sort of violating a lot of the unwritten or maybe even written rules about how you're supposed to design a transit map. He’s done such a careful job of it, I think that it really ended up being quite good visually.”

Rosenholtz has been conducting a number of experiments on transit maps to measure how readable they are. She uses algorithms and measurements of people’s peripheral vision to get a sense of how clear the maps are. There is, however, a simple way to tell how readable a transit map is.

“You could easily get a sense of this if you just, you know, poke a hole in a piece of paper and try finding the path from one stop to another. If you're only allowed to look through that hole in the piece of paper, it would be quite challenging. About 99 percent of your visual field is peripheral so you use it for a lot more than you're usually conscious of,” Rosenholtz says.

Because reading a map takes so much peripheral vision, a very complicated map is more difficult to read. Roberts is hoping better-designed maps like his will make navigating transit systems an easier process.

“One of the things the transit map should do is make things simple. It should take sort of complicated twisting routes in real life and actually make them sort of simple straight lines so they're easy to follow,” Roberts says, “The map's trying to show you efficiently how everything’s connected together…A standard geographical map shows you where the network is, but a good diagram shows you how the network works together.”