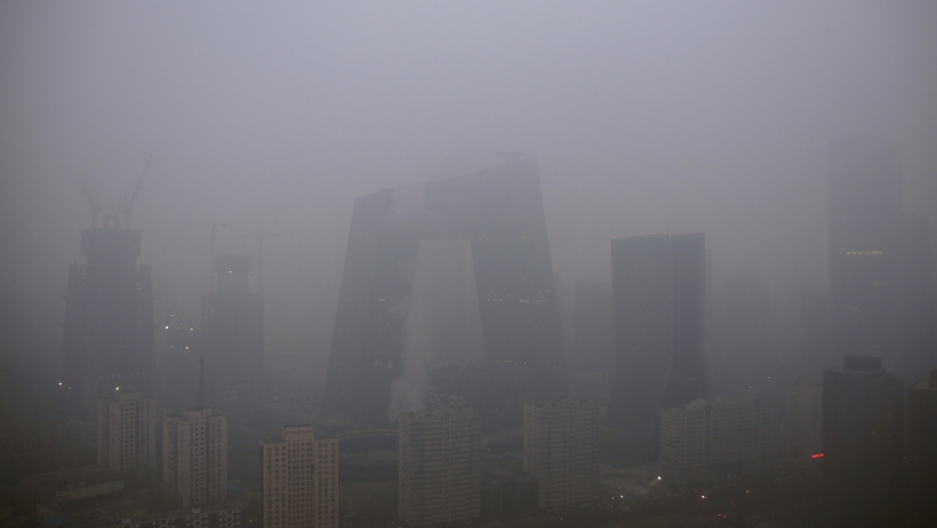 US airstrikes have killed a couple of senior terrorist leaders, the Pentagon says.

The first was killed in Libya on Nov. 13, reminding everyone that the United States is bombing Libya, too. The strike came the same day as the Paris attacks that killed at least 130. The Pentagon says that Abu Nabil was a senior Islamic State leader in Libya.

The second terrorist leader killed was Abdirahman Sandhere, also known as Ukash. The Pentagon says Sandhere was a senior leader of the Al Qaeda-affiliated terrorist group Al Shabaab, which is based in Somalia. Yes, the United States is also bombing Somalia.

The US military has been killing terrorist leaders one way or another for a while now. But the terror groups they led remain. Al Shabaab is perhaps the best example of how the strategy of taking out terrorist leaders is not always an effective long-term solution.

In 2008, Al Shabaab was supposed to be all but entirely defeated. A US missile killed its leader and a coalition of African troops took back control of Mogadishu, Somalia’s capital. It seemed the world had turned a corner out of this particular nightmare. But Al Shabaab instantaneously replaced their leader. There is almost always someone next in line.

Since then, Al Shabaab has morphed from a local terrorist group into a multinational one, launching devastating attacks on neighboring Kenya — including the 2013 Westgate Mall attack in Nairobi that killed 67 people, and the Garissa University College shootings earlier this year that killed almost 150 people.

The scene in Beijing right now is apocalyptic. The city of well over 20 million people is shrouded in an acrid fog. In some parts of the city, it is difficult to see more than a few feet ahead.

The pollution is so bad that China's government, for the first time ever, issued a “red alert.” Red is bad. It doesn’t get worse than red. Red is the highest possible state of caution. Red means that just being outside could make you very sick. Monitors said that in some parts of Beijing, there are more than 250 micrograms of poisonous particles per cubic meter of air. That's way too many poisonous particles. International regulators say anything over 25 micrograms is dangerous to a person’s health.

But hey, that’s why all the world’s leaders are meeting in Paris right now — to solve this very kind of thing. Beijing’s end-of-the-world smog is in large part the result of burning fossil fuels, mainly coal, which is still a primary driver of Chinese industry, not to mention Chinese heating.

The Paris talks are still underway. They began on a positive note. World leaders from the most critical places, like China and India and the United States, said the kinds of things that eased ever so slightly the calamitous anxieties of climate change scientists. Then — as is typical with these UN climate treaty talks — things began to unravel. Now it seems that any agreement coming out of the conference will be much weaker than what those trying to save the future of the planet had hoped for.

Cecil the lion, remember him? A wealthy American dentist paid obscene amounts of money so that he could kill him without much effort earlier this year. Cecil was famous. He was beloved. And his death sparked global outrage at a level rarely seen.

Well, now another famous lion has been killed. Bibi, a lioness made famous by the BBC program “Big Cat Diary,” was found by a film crew, dead from poisoning. It’s unclear who poisoned the lion. But the BBC says that local farmers sometimes poison lions to prevent them from attacking livestock.

Bibi was a member of the Marsh pride, a family of cats living in Kenya that the BBC has filmed over many years. At least six other lions in the pride were poisoned as well. Vets are on the scene. Anyone found guilty of killing a lion in Kenya can face huge fines or even life imprisonment, depending on the circumstances.