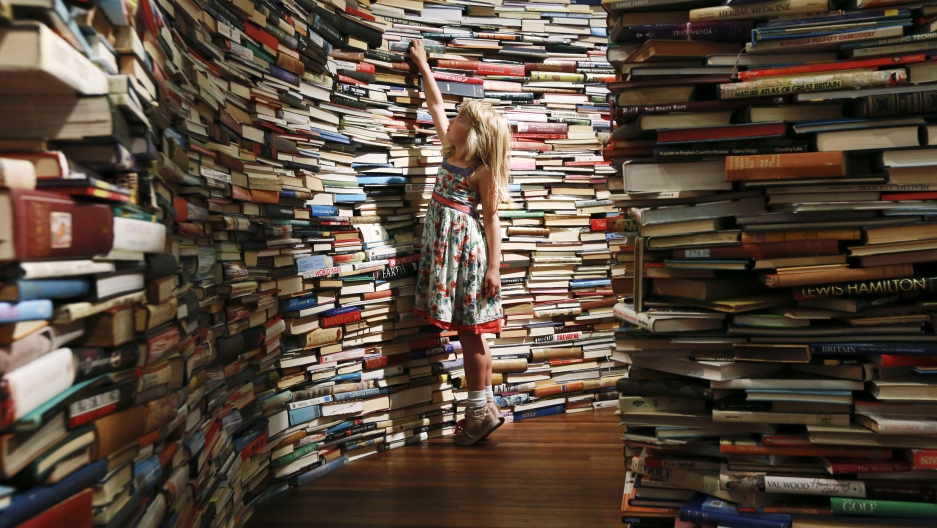 Leona, 7, poses inside a labyrinth installation made up of 250,000 books titled "aMAZEme" by Marcos Saboya and Gualter Pupo at the Royal Festival Hall in central London July 31, 2012.

We read here. A lot. We're book nerds. Honest. I wore a Powell's hoodie to work recently. And some of us even search antique markets for the perfect reading chair.

So do the correspondents we go to for news around the globe. We wanted to know what books they loved this year.

They gave us five recommendations. Each is distinct. But they all have something in common: They’ll keep you up late, reading into the night.

1. USSR: Diary of a Perestroika Kid 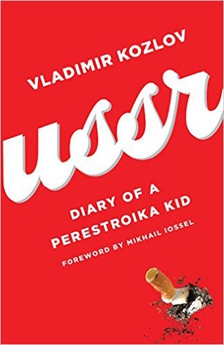 Privet! My name is Alina Simone and I’m a reporter based in New York City. The very best book I read this year was "USSR: Diary of a Perestroika Kid," by the author Vladimir Kozlov. It’s a roman-a-clef about a boy coming of age in the Belarusian city of Mogilev, kind of a Soviet “Catcher in the Rye.” I loved its gritty descriptions of urban decay in the shadow of the Iron Curtain, but at heart, this is a universal story about the petty humiliations and hard won triumphs of youth — the million tiny compromises that lie along the road to becoming yourself. It’s perfect for the Russophiles in your life. And anyone who was ever a teenager. So go read, "USSR: Diary of a Perestroika Kid.“ You’ll love it. Poka Poka!

Hola from Mexico City! I'm Monica Campbell, editor and reporter for Global Nation, all things about immigrant life in the US. My book pick is "Barefoot Dogs Stories" by Antonio Ruiz-Camacho. It's fiction, and the stories connect to a wealthy family in Mexico City and a kidnapping that tears them apart and tosses them across borders. It's dark, but also funny, and with characters that break stereotypes. There are descriptions like this: Ruiz-Camacho calls Mexico City's smoggy air something that "tumbled over the city, old and musty, as if rolling out of a drawer that had been closed a long time." “Barefoot Dogs Stories.” Pick it up for more. Adios!

3. Killing a King: The Assassination of Yitzhak Rabin and the Remaking of Israel 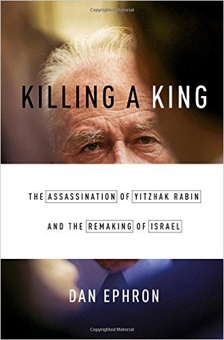 Ahalan! This is Daniel Estrin, I'm a reporter in Jerusalem. I'm really liking a new book that came out about the assassination of Israeli Prime Minister Yitzhak Rabin. It's called "Killing a King: The Assassination of Yitzhak Rabin and the Remaking of Israel," by journalist Dan Ephron. And you probably remember this. Twenty years ago, Rabin was making strides toward a historic peace with the Palestinians when a young religious Jewish Israeli law student shot him dead after a peace rally. The assassin was convinced Rabin was going against God's word. Today, the assassin has a lot of supporters in Israel. Dan Ephron lays out the story like a political thriller. Except, every sentence actually happened. The pacing is so calm and so deliberate. It's chilling. So if you want a better understanding of where Israel is today, and why peace is so hard to reach, read "Killing a King." I'm loving it. Yalla Bye!

4. Without You, There Is No Us: My Time with the Sons of North Korea's Elite 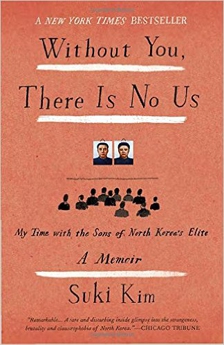 Merhaba! My name is Dalia Mortada. I'm a reporter based in Istanbul, Turkey. One of my favorite books that I've read this year is "Without You, There Is No Us: My Time with the Sons of North Korea's Elite," by author Suki Kim. The book tells the story of Suki Kim's experience in North Korea. She went there undercover as a missionary, undercover as a teacher in a technical university, and basically got to interact with this elite group of boys and people that we wouldn't usually get to interact with. North Korea is a place that I personally know very little about — and I think most people don't know much about — because there is so little information out there. And that's why I couldn't put it down. It was a very personal, moving first-person experience that really humanized North Korea in a way that I have never seen before. And I think it's perfect for anyone who wants to learn something new. So go ahead and read, "Without You, There Is No Us." I think you'll love it. Görüşürüz! 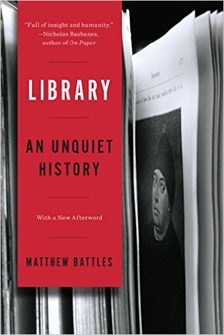 Hello there! This is Alex Gallafent. I'm a reporter based in New York City. My favorite read this year was, "Library: An Unquiet History," by Matthew Battles. It's a non-fiction book and it's a history of libraries down the ages, from the library of Alexandria and Baghdad's House of Wisdom, to our digital present. I loved it because — although it really doesn't pull any punches about how across the world we've destroyed books and obliterated knowledge over the centuries — it's ultimately optimistic. As Battle puts it, "The library has confronted and tamed technology, the forces of change, and the power of princes time and time again." I find that pretty comforting. So may I humbly recommend, "Library: An Unquiet History." It's a delight. Cheerio!

Readers, what book do you recommend from the year? Let us know in the comments below.