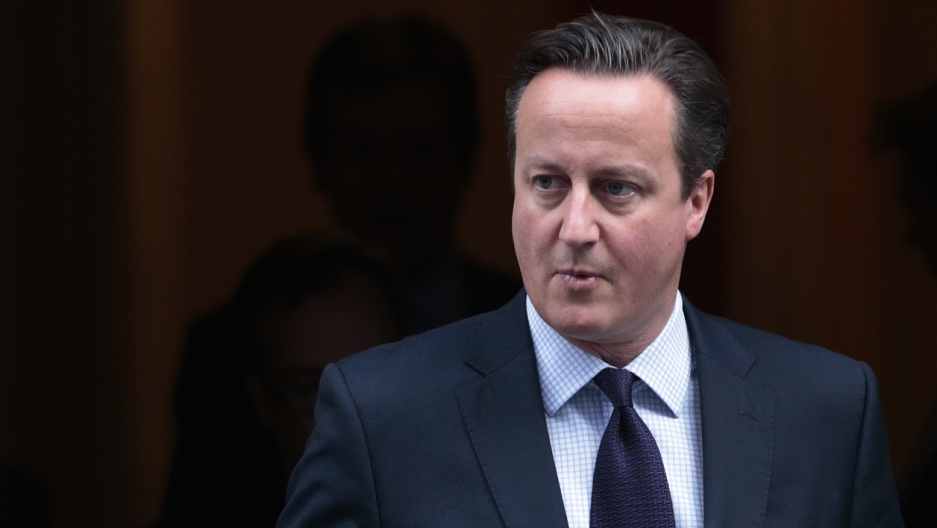 The UK is debating whether or not it should start bombing Syria, you know, because there aren’t enough militaries bombing Syria already. The UK, like most everyone else, would target the Islamic State only. British Prime Minister David Cameron said during the lengthy debate at Parliament that bombing Syria would make the country safer.

If UK lawmakers vote yes, the country will join a long and always growing list. It began with the United States, which put together a coalition that includes the United Arab Emirates, Saudi Arabia, Jordan, Bahrain, Australia, France and Canada. Russia is also now bombing Syria, though mostly only Syrian rebels in support of Syrian President Bashar al-Assad. Turkey also recently joined the fight, but is bombing both the Islamic State and Kurdish rebels. It’s important to include Syria itself on this list. The government’s indiscriminate slaughter of rebel fighters and civilians on its own soil is what gave the Islamic State such room to establish itself to begin with.

It’s possible this list is longer. There are so many militaries bombing Syria, at varying degrees of frequency, it can be hard to keep track. While everyone agrees that the Islamic State needs to go, the strategy so far has been largely unsuccessful. The United States began its bombing campaign in September 2014. That’s more than a year ago now and the Islamic State still controls major cities in both Iraq and Syria. The group has also still managed to terrorize populations in Turkey, France and Russia with spectacular acts of violence.

So it’s hard to imagine that the addition of the UK to this bombing effort is going to make that much of a difference. But Cameron said that the UK should answer the calls from its allies to aid in the battle against the Islamic State. “Do we work with our allies to degrade and destroy this threat and do we go after these terrorists in their heartlands from where they are plotting to kill British people, or do we sit back and wait for them to attack us?” he asked.

It’s starting to feel like the build-up to the Iraq War all over again.

NATO has invited Montenegro to join its club. And Russia is not particularly happy about it. Montenegro is a tiny country with a tiny military. So joining NATO is symbolic at best. But at a time when tensions between Russia and the West are at their highest in a generation, the invitation amounts to provocation, at least from Russia’s perspective.

NATO used to bomb Montenegro back when it was part of Yugoslavia during the Kosovo war. In 16 years, however, a lot has changed. For one, Yugoslavia doesn’t exist anymore. For another, the Balkan region is far more stable than it used to be.

The larger significance, however, is the continuing deterioration of relations between Russia and the West. Things began to fall apart when the former Ukrainian president decided to align the country with Russia instead of the European Union. Protests broke out and eventually the president was ousted. Russia blamed the United States for instigating the protests. (They might also have had something to do with the Ukraine president’s extravagant corruption.)

Everything got much worse when Russia annexed Crimea and began supporting pro-Russia separatists in Ukraine. Now it has all reached a new level as Russia and the United States find themselves on opposite sides of the Syrian conflict. There have been attempts at diplomacy over Syria, but with little success so far.

It’s all looking rather grim and, yes, it is reminiscent of the Cold War.

A Hitler comedy is one of Germany’s most popular movies right now. And truth be told, it sounds kind of amazing. The movie is based on a book. And the premise is basically an imagining of what it would be like if Hitler suddenly woke up in modern-day Germany and morphed into a media sensation.

Sounds hilarious, right? Well, it must be. Eight weeks into its release, the deadpan comedy featuring one of history’s most murderous dictators has become one of the country’s most popular hits.

“It should be the type of laugh that catches in your throat and you’re almost ashamed when you realize what you’re doing,” the director told the Guardian before its release in October.

The movie has also raised a debate over what role — if any — the infamous Nazi ruler should play in popular culture. For some Germans, Hitler jokes are still a little too soon.