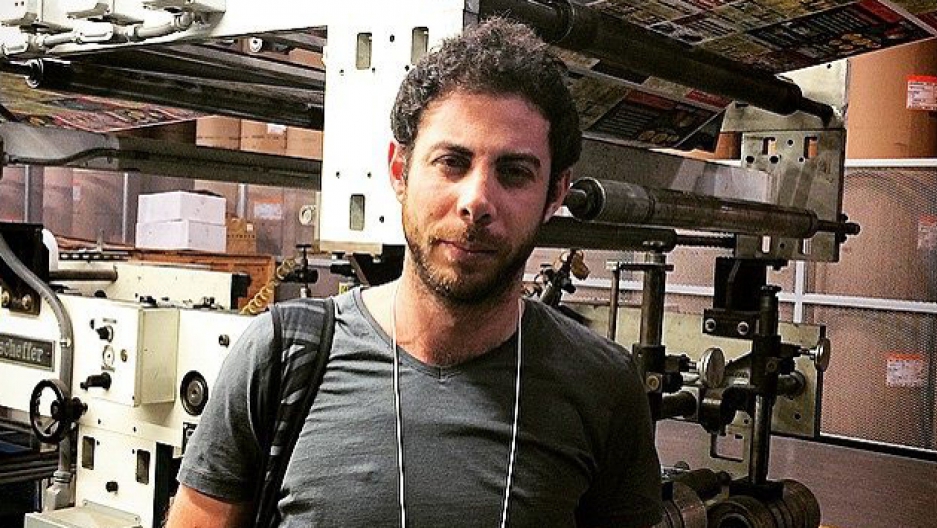 Rami Jarrah is a rare voice in the war-ravaged Syrian city of Aleppo.

He's a Syrian citizen journalist, documenting the civilian cost of air strikes. Often, that means he's rushing to the aftermath of a bombing, as he did the other day when he encountered a panicked father, frantically searching for his loved ones.

"He was saying, 'Where's my son, where's my children, my son Hassan?'" says Jarrah, of the citizen media project ANA Press.

Bystanders like Jarrah understood that the man's children and his wife had been obliterated during the Russian air strike.

"The man was continuously shouting, 'ISIS are not here! Why does this happen to us?' Jarrah added. "He grabbed his other son, and he was shaking his son and shaking him around, saying, 'You want to kill him as well?'"

Jarrah is British and Syrian. He fled Damascus in 2011, and moved first to Egypt then Turkey. Now in Aleppo, he's posting vignettes of the residents.

"They're human beings. They breathe like us, they love like us. They one day want to do something that's very similar to what you want to do," he says.

Jarrah is quick to admit he's not an impartial observer.

"To be totally honest, journalism in my situation is for the sake of activism," he says. "As a media activist, what I'm aiming to do is to actually create that opposition information to what's being amplified by the Syrian regime and its counterparts."

There are no foreign journalists in Aleppo, and Jarrah doesn't take his own security for granted.

"It is something to worry about. ISIS do have hidden cells. I'm already not in their good books," he notes. "We have a journalist that works for us that was kidnapped, this was in October 2013, and we haven't seen him since."

He acknowledges his time in Aleppo may be changing him.

"I'm not a believer at all. However I understand why people acquire in these situations something to believe in," he says. "Someone was asking me the other day, 'Are there shelters in Aleppo and are people using them?' It was a research group. And I said, 'Well, if there were thousands of shelters, let's say a shelter under every single building, I don't think that people would go to them.' Because this war has gone on for long enough for people to get used to the situation," he says, adding, " I worry that I will get used to seeing the bloodshed. I worry about that."