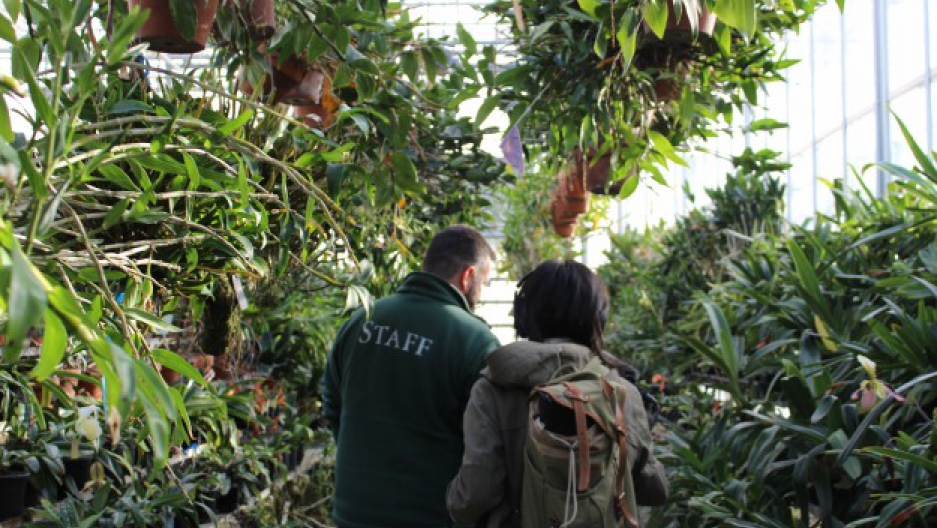 There are plenty of news stories about lions, leopards and elephants being poached, but animals aren’t the only endangered species out there. Rare and protected plants are also harvested by poachers, smuggled across borders and illegally sold online.

Each year, the US Fish and Wildlife Service finds thousands of undocumented plants coming across the US border. Some might just be missing the proper paperwork, but others are being illegally smuggled. They might be hidden in the bottom of suitcases or checked in under false names. Many of them are confiscated under the Convention on International Trade in Endangered Species of Wild Fauna and Flora.

Airports and border crossings aren't the only place where poachers illegally deal in plants, though. There are plenty of dealers who illegally purchase, sell, trade and harvest plants within the US, and biologists say they are to blame for decimating wild Venus Flytrap and American Ginseng populations.

“Carnivorous plants in general have been poached for decades,” says Johnny Randall, director of conservation programs at the North Carolina Botanical Garden. “The coast of North Carolina is a global hotspot for carnivorous plant diversity, particularly with the Venus Flytrap. But the ones that are most often poached are the pitcher plants, and many of those are very rare and endangered and are becoming even more so. And the ginseng harvest is in our mountains, which is something that is permitted, but many people go out and do illegal harvests or poaching.”

In January, North Carolina passed a law that made it a felony to poach wild Venus Flytraps. But poachers have been known to pay as little as 25 cents for an illegally harvested venus flytrap, and then re-sell it for around $10.

“I think the thing that encourages the dealers to get folks to dig them up is the fact that [Venus Flytraps] are slow to germinate and grow. So it may take two or three years to get a plant for sale if you're growing it from seed,” Randall says, “But the folks who are are poaching these from the wild are just trying to make a few extra dollars.”

“Not just eBay, but the internet in general,” says Patrick Shirey, an ecologist and project manager at R.A. Smith National. “We asked how many US listed plants can be purchased online — these are threatened and endangered plants listed under the US Endangered Species Act — and at the time we found there were over 50 sellers offering 44 plant species illegally with 49 species total. And even since that study, we've found additional plant species being offered not just on online auction web sites but through nursery websites and other online means.”

The Fish and Wildlife Service doesn’t always have the resources to enforce laws against illegally harvesting plants, so ecologists are trying to come up with more creative ways to protect them.

“One of the solutions that the growers and conservation biologists have come up with is why don't we have a certification program,” Says Shirey, “[Something] like has been done with certifying sustainably grown forced material timber. Why can't we do that for endangered plant species — where nurseries are vetted and follow proper procedure when propagating plants so that we keep concerns like genetics and wild populations in mind when reproducing these species for human consumption?”

There’s less attention paid to the trade and movement of threatened and endangered plant species, but Randall says it’s a serious issue.

“Plants don't have the ability to run away, so they're particularly vulnerable. As a botanist, I have great affiliation for plants, so I care greatly about them. This is just this insidious process of seeing plant populations dwindle in size down to some low level of population viability where there are not enough numbers for them to reproduce effectively and have enough genetic diversity to respond to environmental change,” Randall says. “The wild populations are very important and by removing rare plants or any plant from the wild you are altering that particular ecosystem and plant community, and the plant animal interactions in ways that we do not fully understand.”