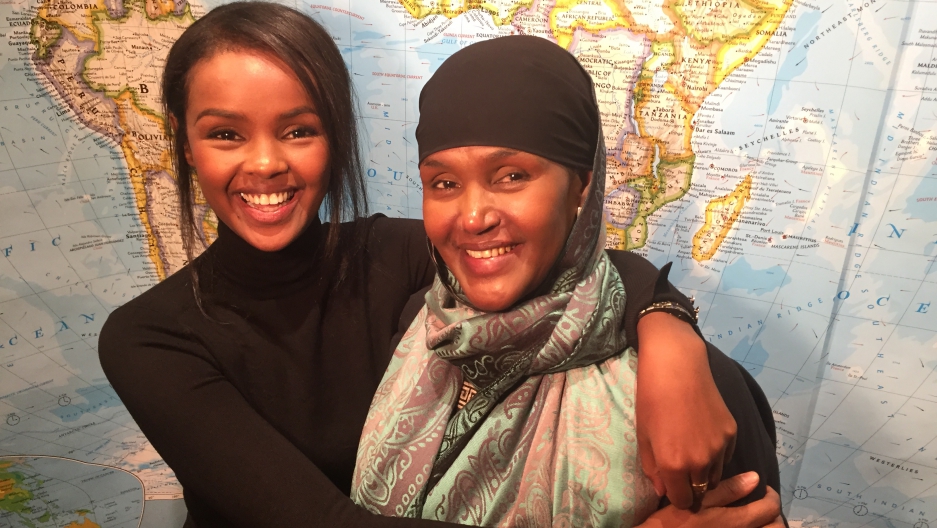 The conversation can be a pretty difficult one to get started.

Parents fear their child might be attracted to religious extremism. How does a devoted Muslim mother or father criticize a son or daughter's religious fervor?

"This is one of the uncomfortable truths," says Mogadishu-based activist Ilwad Elman. "We often believe that if our child is becoming very invested in the mosque or into Islam, this isn't something you should ever question. In many ways, it's considered blasphemy. Why would you question that he's going down the holy path?"

But Elman and her mother, Fartuun Aden have questioned that path. A focus of their work with the Elman Peace and Human Rights Center in the Somali capital is to reach out to families who have lost sons and daughters to the Somali extremist group al-Shabab.

"You're not going to say 'Don't go to the mosque," because ... you feel like this is the wrong thing to say," Aden says.

But her daughter notes there are other ways for families to take on the issue.

"It's OK for you to question your child if they are becoming too obsessed with a new religious mentor," Elman says.

The pair have created a questionnaire for Somali parents who are having a difficult time initiating a conversation about extremism with their children.

And Aden says the conversations are producing results.

"Mothers are actually talking to their kids, saying 'Please come back!'" she says.

Aden and Elman were both born in Somalia. The family left for Canada after Fartuun's husband, Elman's dad, Elman Ali Ahmed was killed in 1996. He was a legendary peace activist in Somalia. Ilwad Elman and her two sisters grew up in Ottawa but the family wasn't content with a comfortable life in Canada. Now, from their base in Mogadishu, they work with Somalis on an array of issues, including gender-based violence and combating extremism.

"Nobody gets radicalized overnight. It's a process, whether it's through social media at home, whether it's through interactions with different people that have radical views," Elman says. "But if we invest more time empowering mothers and families in the home to ask questions of their children, we can prevent these things."

Elman and Aden travelled from Mogadishu to Massachusetts this week to receive the 2015 Gleitsman International Activist Award.  The prize is given by the Harvard Kennedy School's Center for Public Leadership.