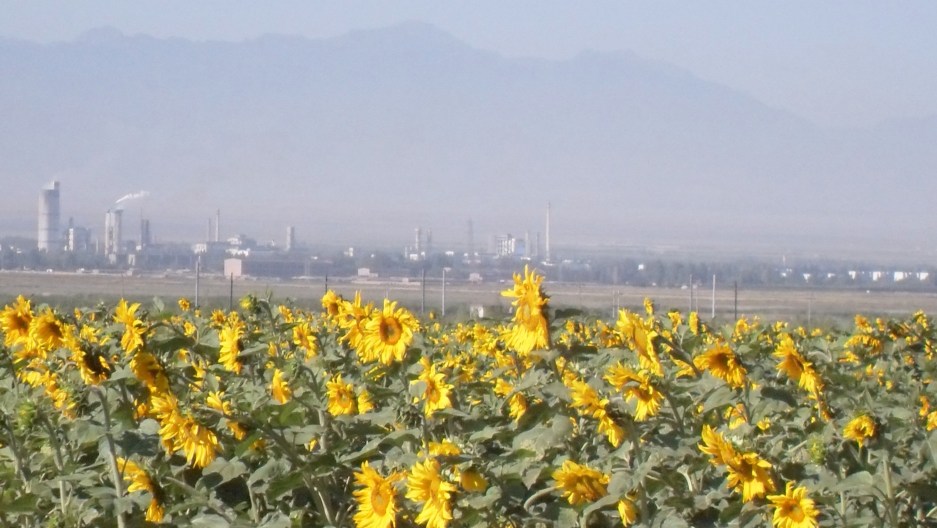 China’s coal habit has fueled incredible growth; the economy quadrupled in size in the first dozen years of this century, when some 70 percent of its energy came from coal.

The rewards have been high, but so has the cost — to the environment, to global warming and to human life. Some 1.6 million Chinese die prematurely each year from conditions related to air pollution, says a recent study. 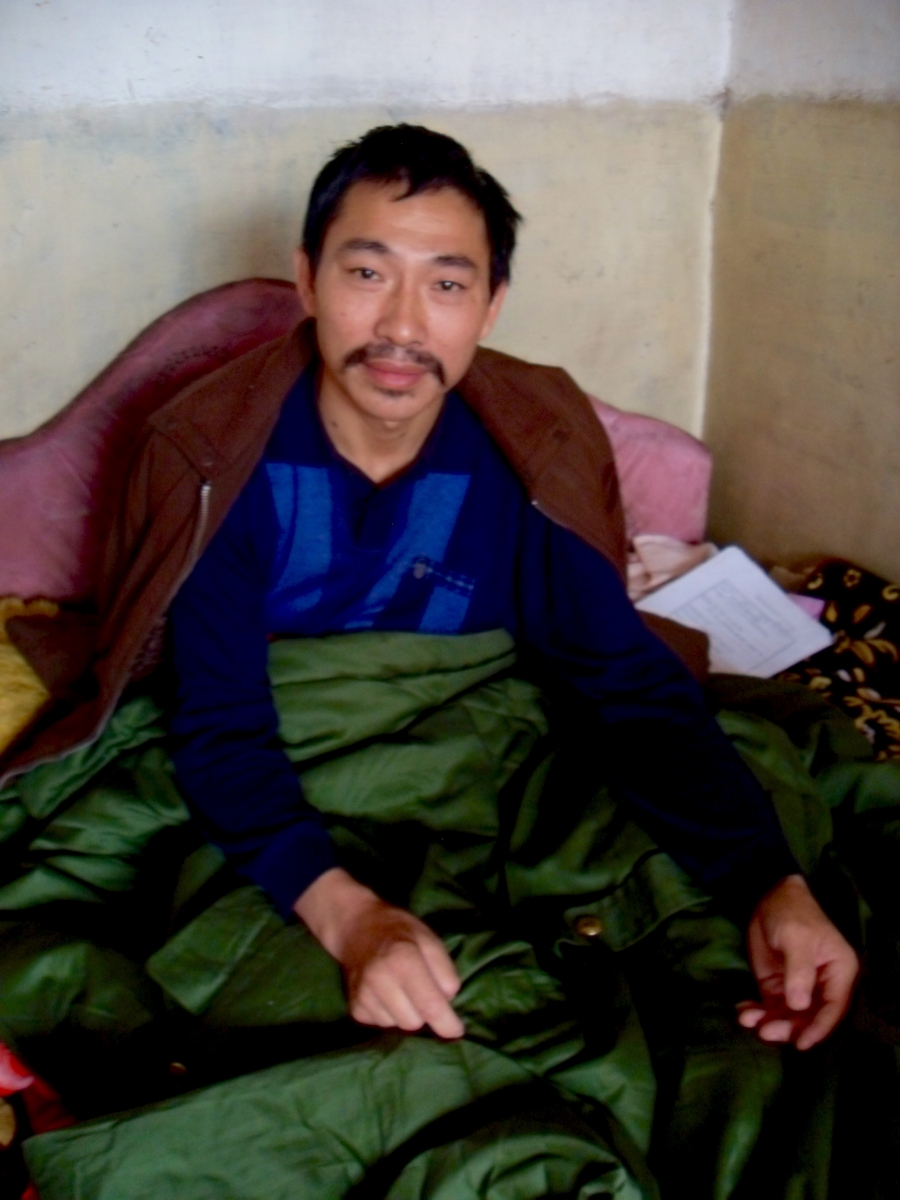 Chinese coal miners get hit hard, too. I met one, Zhong Guangwei, in 2010, when he was already three years into struggling with black lung disease. He’d worked in a private mine — without masks or adequate ventiliation. After a few months, he started coughing. The doctors told him he had pneumoconiosis, and would be lucky to see age 40.  He was 34 when he first got sick in 2007, with a wife and three young kids.

“It means my life is officially over,” he told me. “I know we cannot change the situation in China. But there should at least be better safety conditions, and everyone should know how to enforce their rights.”

Zhong did find a way to change his own situation. He got a cheap mobile phone, opened a social media account, and starting posting about how neither the mine owner nor the local government would give him compensation. Chinese media picked it up, and money and support poured in. Now, having lived two years beyond his prognosis, he knows there's money for his kids' education, even though he won't be aorund to see them graduate. His health ia failing fast. He says no one should have to give his life for China’s economic development.

Chinese around the country are saying much the same thing, prodding the government to speed up its transition from relying on coal — often, low-grade, highly polluting coal — to building up renewable energy, and using cleaner coal when coal is necessary. There's less passion in the Chinese public around climate change, but Yang Fuqiang, a senior adviser to the National Resources Defense Council's China program in Beijing, says there should be.

"Because we burn coal, and release so much carbon ... the glaciers are melting much more quickly than before," he says. "This is a very dangerous sign, warning us to do whatever we can to [preserve] the glaciers."

He's talking specifically about China, where glaciers in high mountains on its western fringe feed some of the region's major rivers, including the Yangtze and the Mekong. If climate change, and the melting of the glaciers, isn't slowed or stopped, Yang says, "we, including the Chinese people, will lose our water supply. And compared to the energy issue and other issues, a loss of water is even worse. People can't live without water." 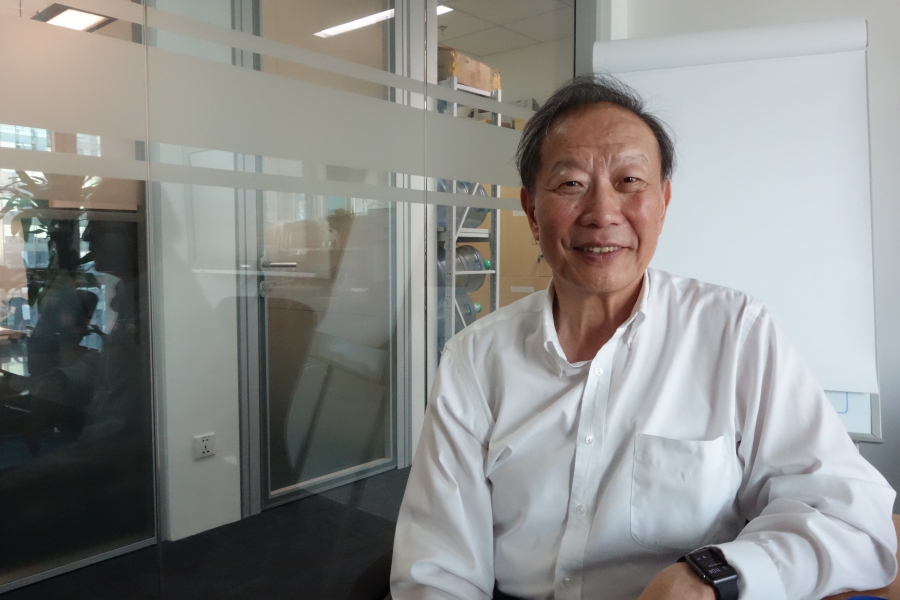 The sense of urgency, the recognition that it's all connected — coal and other fossil fuel use, vehicle emissions, melting glaciers and climate change — is relatively new for many Chinese. Yang, who's now 67, grew up being told that the factories belching black smoke were a sign of progress, a sign that China was catching up with the world. He remembers drawing them in art class, when he was a kid. As a young adult, working on a farm in China's parched north during the Cultural Revolution, he grew to appreciate how important ecological balance is, and he became a career environmentalist. His earlier work with the Energy Foundation included encouraging the Chinese government to take a more sustainable path in its economic development.

At first, that was a hard sell. Faced with international concern that China’s emissions were speeding climate change, Chinese officials used to retort, ‘well, you Westerners had dirty development for more than a century, and you got rich. Why are you trying to stop us?” But as the costs for China and Chinese people became more apparent, and complaints from the Chinese public grew, officials recognized the need for change.

"Their attitudes changed because the situation totally changed," Yang said. "Earlier predictions were that China wouldn't surpass the United States in greenhouse gas emissions until 2028."  But China's GDP quadrupled in the first dozen years of this century, and it became the world's top greenhouse gas emitter in 2007.

China’s leaders have now pledged that China’s greenhouse gas emissions will peak no later than 2030, and possibly much sooner. Stricter environmental standards are being enforced on vehicles, and on the fuel they use. Coal use was down 3 percent in 2014, partly because of slowing economic growth, but also because alternative sources of energy — wind, solar, water, nuclear — are rapidly coming online. China now leads the world in use and production of wind and solar photovoltaic energy. It produces almost as much energy from wind, sun and water as all of France’s and Germany’s power plants combined. 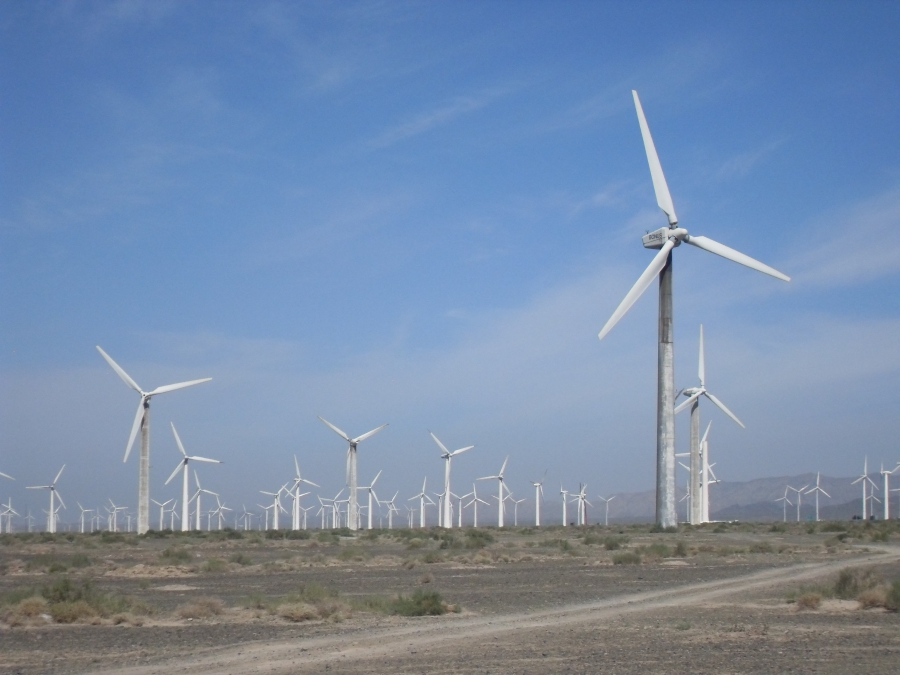 “People understand now that climate change is a challenge for all human beings,” says Yang Fuqiang. “They understand that every country has to do something.”

One phenomenon that enhanced many Chinese people's understanding of climate change was the 2015 documentary "Under the Dome." It’s by Chai Jing, a journalist formerly with state-run Chinese Central Television. In it, she walks the stage, in blue jeans and a soft white smock, in front of a riveted audience, leaning forward in their seats.

She starts, a soft, steady voice, talking about the fears she had for her unborn daughter, after weeks of reporting in China’s more polluted areas while pregnant, about how her daughter needed an operation immediately after birth for a tumor. The 90-minute documentary, which includes interviews with government officials and which was promoted by state media, lays out a well-researched picture of how China’s approach to development is harming Chinese people, and China’s environment.

When the documentary was released online, it generated 200 million hits in less than a week. Then, the government pulled it. Any independent endeavor that gains national momentum like this, that stirs up emotion and calls for change, makes the Chinese government uneasy.

But it seems the government has taken note of the degree of public concern, and has sped up its efforts to move in a better direction.

Meanwhile, China's old energy-intensive mode of development, relying on heavy industry and infrastructure projects, is giving way to a more services-oriented economy. Cities are expanding subways, and an extensive high-speed rail network across the country encourages millions of Chinese each year to travel by train rather than fly, cutting down considerably on greenhouse gas emissions. And as China continues to urbanize, new buildings are built to be more energy efficient than older structures — an important factor, because buildings make up about 40 percent of China’s total energy use.

Make no mistake, China still has plenty of smog, and emissions are still rising. The good news is, a turnaround is happening, much sooner than expected.

“I do think that, overall, China is going in the right direction, in its shift from industry to services, having a much more mature economy,” says Deborah Seligsohn, a researcher on climate change and energy at the University of California at San Diego, and a former US diplomat in Beijing, and founder of the World Resources Institute’s climate program in China.  “It’s making a huge difference in the amount of energy China uses.”

Seligsohn is especially impressed with the impact of China’s high-speed rail system. “This is probably the single largest project of greenhouse gas reduction anywhere in the world.  When you think of the amount of greenhouse gases averted, every time someone chooses to take a train rather than a plane, it’s incredible.” 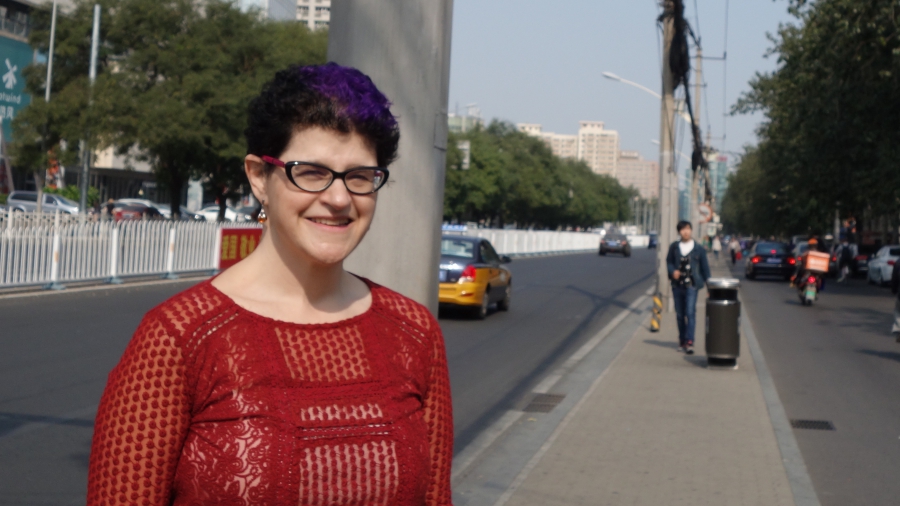 Deborah Seligsohn is a researcher at UC San Diego.

So as other developing countries go through their own economic growth spurts, they can both learn from China’s example, and buy China’s products. “There are lots of efficiency gains they can get pretty cheaply, because they Chinese have already produced them,” Seligsohn says.

But when it comes to emulation, Seligsohn wishes that China, in building its cities, would look less to the sprawling example of Los Angeles, and more to New York.

“I think a lot of people look to California as the way to be modern,” she says. "But New York has one-third the greenhouse gas emissions [per capita] of the United States as a whole. A dense city is your best solution. ... and Chinese people do demand ease in getting to work. So there are a lot of reasons to think people here want the conveniences of density. So I’m hopeful that as these cities get actually lived in and people transform their own space, it will move in that direction.”

China’s greenhouse gas emissions are still expected to climb for another few years, joined by those from India, Brazil, Indonesia and other aspiring economies. All have agreed to submit national plans, and seek a legally binding agreement in the Paris climate talks, to reduce climate change-causing emissions.

This comes as the spectacle of glaciers calving and plunging into the ocean has become a common sight, as some scientists warn that it’s too late to prevent climate change, to stop intense storms, cold fronts and hot spells, a warming ocean and rising sea level, only to stop the worst from happening.

“This century is all of ours, to save,” Seligsohn says. "If we’re not all doing something, it’s not going to happen.”