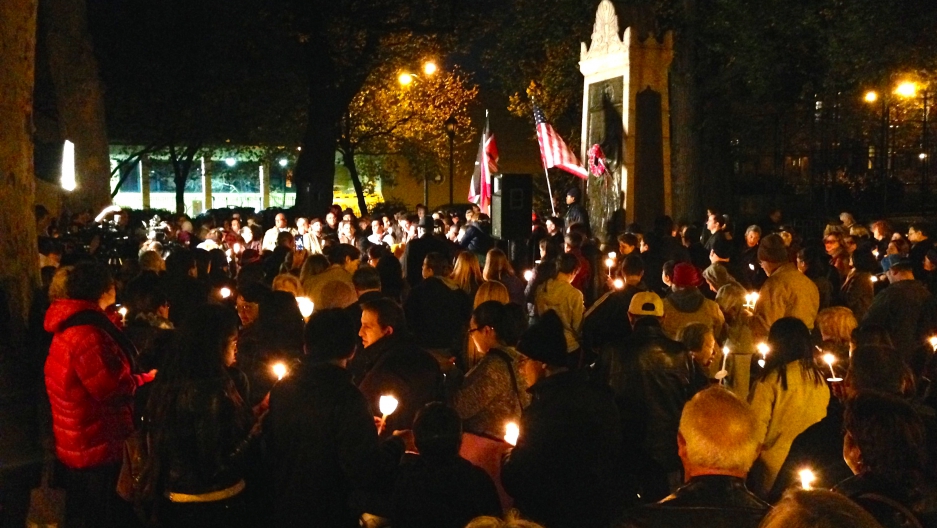 Brooklyn leaders gathered in Carroll Park for a vigil that featured the flags of France, Kenya, Lebanon and the United States.

New York's diverse immigrant population gathered in small clusters around the boroughs Sunday night to speak out against terrorism in Europe, the Middle East, Africa and at home in a city where the wounds of 9/11 are not completely healed. Scores met for a vigil in the densely populated neighborhood of Jackson Heights in Queens, hearing from leaders in the Muslim community there.

"Terrorists know they will never achieve their goals, but they're successful when they can divide us, when they can put their blame on somebody else," Mohammed Tohin, originally from Bangladesh, told a crowd of about 50 gathered at Diversity Plaza in Jackson Heights. Tohin serves on Queens Community Board 8, a community advocacy board. 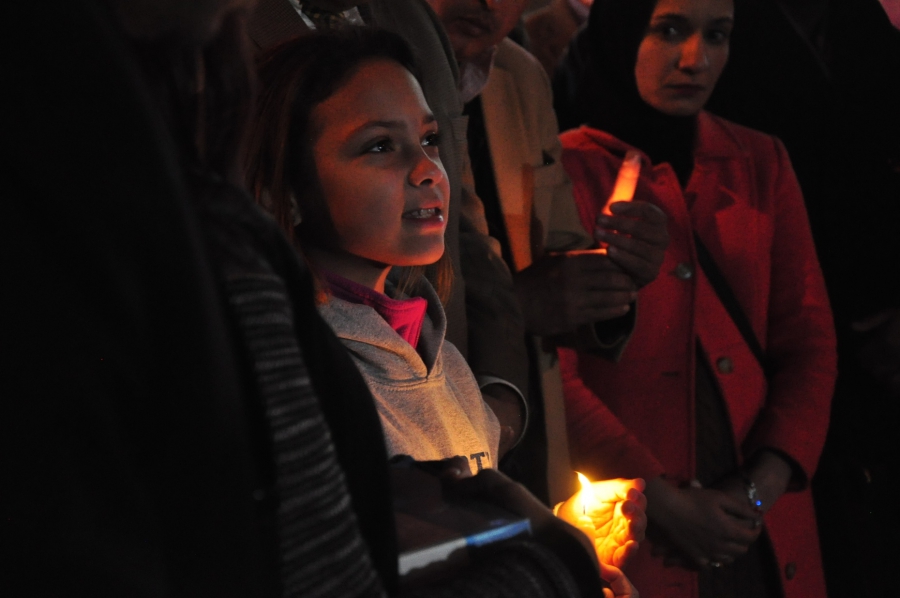 About 50 people attended a vigil in Jackson Heights, Queens, for victims of terrorist attacks.

Meanwhile in Carroll Gardens, an upper-class Brooklyn neighborhood where many European immigrants live, faith leaders prayed for peace in English, Hebrew, Arabic and French. Public officials stood in front of the flags of Kenya, Lebanon, France and the United States; their calls for unity and tolerance are what's to be expected in a borough that houses some 49 different language groups.

Against that backdrop, it was a Muslim community leader, Mohammad Razvi, who sounded the hardest note against ISIS.

"We pray to God for justice and for these individuals to be taken off this Earth," he told the crowd of about 100 gathered in a local park, referring to ISIS. "If it's going to take our communities coming together and our governments to come together internationally, so be it. We look forward — because the red, white and blue are coming to get you!"

Razvi, known around Brooklyn as "Mo," speaks with the slight accent of a someone raised near Coney Island. His family moved to Brooklyn's Midwood neighborhood from Pakistan when he was 7. Razvi grew up to become a successful businessman in Midwood. But after 9/11, he saw his community devastated by detentions and harrassment; his own daughter was pushed down the stairs at school after having her hijab ripped away. After that experience, Razvi became a community advocate, eventually selling off his business empire to create COPO, the Council of People's Organizations, which coordinates 30 Muslim organizations in New York City. He's someone who can lead a prayer in Arabic and also talk with the FBI.

So when Razvi turned on his television on Friday to see news of attacks in Paris, his heart sank and his anger rose. "When I was watching the TV, I was just grabbing my head going, 'God, we can't stop. We've got to go after them,'" Razvi told PRI after the vigil. And he reiterated his call for military action. "I really want to see the full coalition going after them before they hurt anybody else. Go after these guys — ISIS, Al Qaeda, whoever they are."

Razvi's demands were the boldest at the event, and perhaps surprising for a Muslim leader considered close to New York's establishment. But he says his views are based in his faith. "[ISIS] have nothing to do with Islam," he insists, citing the Prophet Mohammed. "If they hurt one human person, it's as if they are hurting all of humanity. If you help one human being, it's as if you're helping the whole humanity. It doesn't matter what culture or what religion they're from." 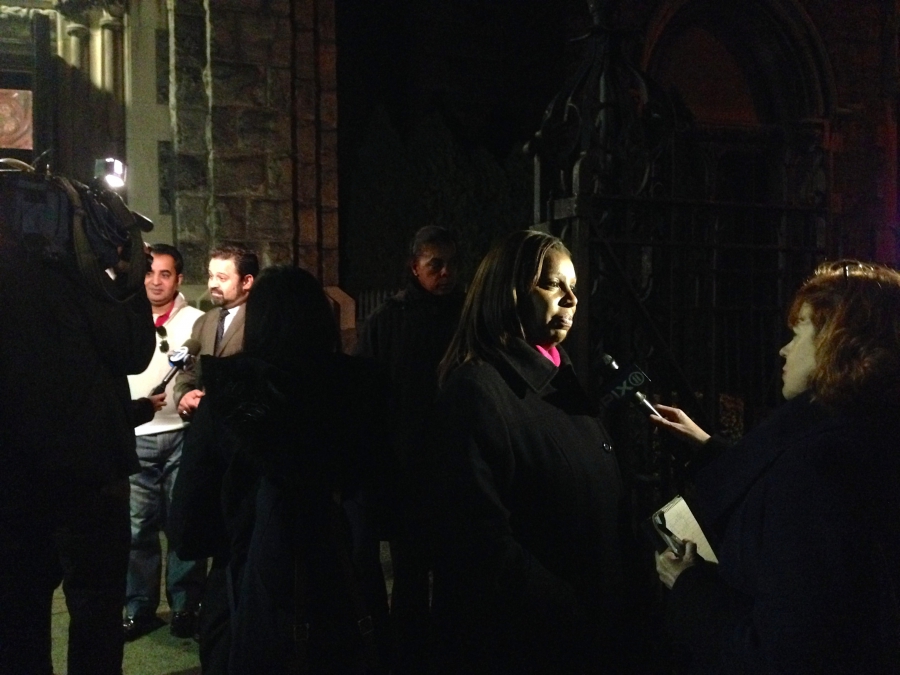 After an interfaith service in Brooklyn, TV news crews interview Mohammad Razvi (left back) and Letitia James (right front), who's Public Advocate for the City of New York.

Special thanks to WNYC reporter Arun Venugopal for contributing to this story.