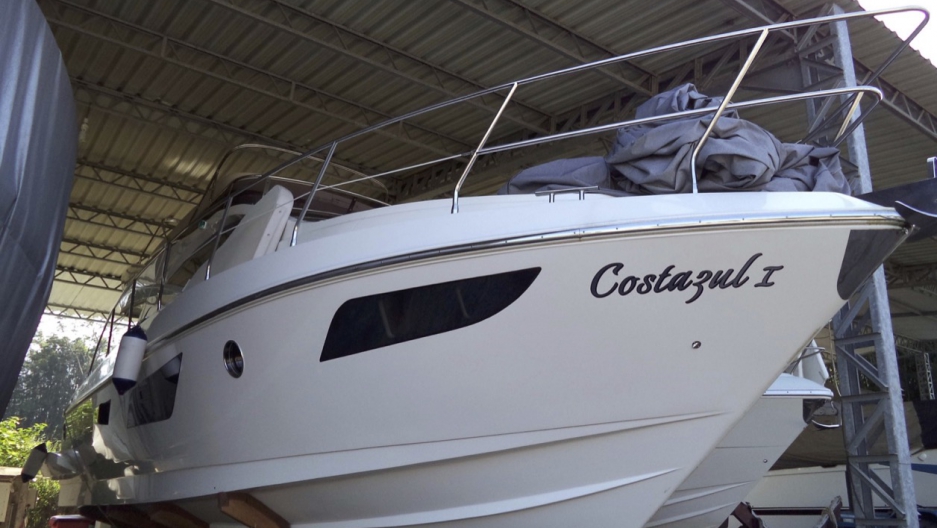 For little more than $800,000 this yacht could be yours.
Credit: Canal Judicial Leiloes
Share

RIO DE JANEIRO, Brazil — A luxury yacht, a condo and several souped-up BMWs and Mercedes are the latest items to be auctioned as part of “Operation Car Wash,” an investigation into a huge alleged corruption scandal at Petrobras, Brazil’s national oil company.

And the public can’t get enough.

“We’ve held two of these sales already, and there is much more attention to them than usual,” says Jorge Nogari, whose Nogari Leiloes auction company in the southern Brazilian city of Curitiba is selling off some of the treasures. “People are really interested in these items because of their history.”

Prosecutors allege that a cartel of construction companies partook in a huge kickback scheme at Petrobras, pretending to bid on projects like oil refineries, but instead taking turns to build and charging the government far more than the cost of the projects. Prosecutors claim the extra money was skimmed off and shared among company executives, or funneled over to political parties in contributions. Bribes totaling $3 billion were allegedly paid.

Sao Paulo-based Canal Judicial online auctioneers will be selling off several items connected to the scandal on Friday, including a 45-foot luxury yacht “Costa Azul” (seen above), which used to belong to Paulo Roberto Costa, Petrobras’ former director of supplies.

Costa testified that dozens of politicians received kickbacks from Petrobras. He’s currently on house arrest in Rio de Janeiro. His former yacht is listed at 3 million Brazilian reais, or about $805,000.

This week, Nogari Leiloes is auctioning several luxury cars formerly owned by Alberto Youssef and people connected to him. Youssef, the convicted money launderer at the center of the scandal, has testified that he moved hundreds of millions of dollars around the world on behalf of corrupt businessmen and politicians. Youssef was sentenced to nine years in prison earlier this year. The funds raised by the auctions will primarily be returned to Petrobras, according to Brazilian media.

You can check out all the items on sale here and here.