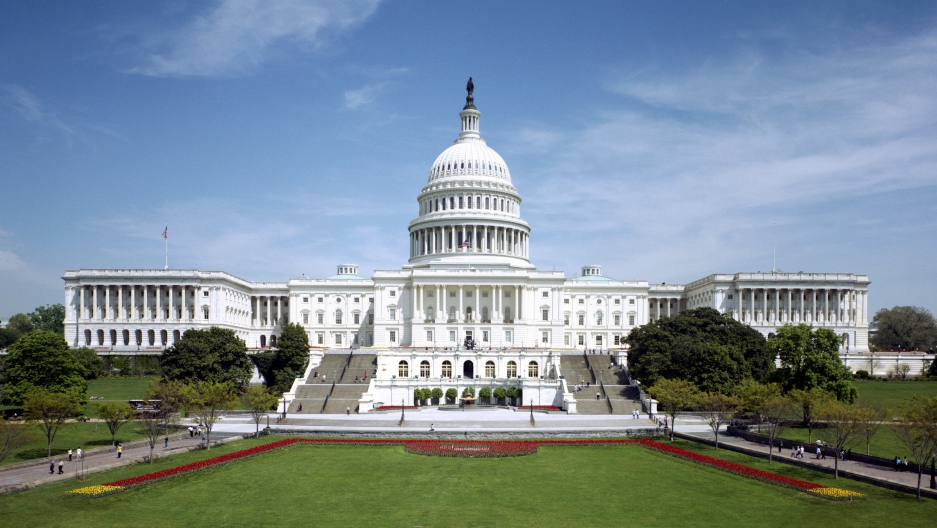 Architect of the Capitol/Wikimedia Commons

To be fair, the US isn’t entirely a failure when it comes to IT. But its record? Really not that good, either.

Bob Charette, a contributing editor with IEEE Spectrum, has been analyzing the past 10 years of government tech mishaps. He points to the Pentagon’s Global Combat Support System as one example of government tech done right. It was completed early, under budget and, by many measurements, has been a phenomenal success.

“We don’t want to say that everyone fails,” Charette says. “But, you know, those [successes] are more the exceptions than the rule. And that's the unfortunate part. The larger the program, the more likely that it's going to fail.”

Charette is ready with a number of examples to back up his claim that the US government, as a rule, tends to perform poorly when it comes to tech projects.

“There's been a plethora of failures from the DOD [Department of Defense], to state government, local government. There have been ones that have plagued just about every single government agency. In fact the Government Accountability Office this past spring put government IT acquisition on its high risk list, which means that it's going to take a very careful look at all acquisitions across government. But we're talking about billions of dollars that have been wasted over the last decade,” Charette says.

One infamous example of government failure is the system that handles disability claims for Social Security. In the early 2000s, Congress spent money to try and reduce the massive backlog in claim processing that had built up. The backlog, however, only grew. Then in 2007, they spent more money — an estimated $381 million — to try and integrate 54 different IT systems that the Social Security Administration uses to process claims in the state. In 2011 they spent another $200 million on the project.

“After six years ... they found out that they really didn't have anything. In fact,” says Charette, “the initial system has consistently been projected to be 24 to 32 months away. So for five years, it was always kind of like Wimpy in Popeye: ‘I’ll gladly pay you on Tuesday for a hamburger today.’”

The backlog for Social Security claims continues to grow, and the latest attempt to fix the problem failed again this past summer. “By any stretch of imagination, it's scandalous,” Charette says.

Another example Charette points to is the computer system used by the Department of Motor Vehicles in Washington State.

“Their system is so old that it doesn't have, for instance, a back button. So if you make a mistake, you have to start all over again. So you can imagine how frustrating that is if you make a typo.”

There are many reasons Charette thinks it might be so difficult for the US to successfully pull off big tech projects.

“People who are developing these are trying to do their their best, but it's a very difficult environment in which they live. A lot of times the systems are politically mandated in the sense that you have somebody on the Hill or Congress who will mandate a system and they'll mandate a particular period of time and they'll mandate the amount of money to spend and they have absolutely no idea what they're talking about. So what happens is, if you're there as a government person, you’re trying to translate some political wish into something that's topical and it’s not very easy,” Charette says.

Another problem is that there isn’t much accountability when it comes to projects that fail.

“You don't know that something's going wrong until it's happened. And, you know, there's really no votes for politicians to say, you know, ‘Elect me because I'm going to have great IT for the government.’ That isn't a real vote catcher. So for you or me, there’s not a lot we can try to demand,” Charette says.

Charette’s analysis may, however, have implications for a politician who is currently campaigning for president. Hillary Clinton’s decision to send State Department emails through her own server is one that Charette says he understands.

“One of the reasons that she gave was that, you know, IT in the State Department was so fouled up and unreliable that she needed to have another way of accessing her emails and communicating. Now, again that may not be what you want, but I can understand it. I can understand why you might want to have other ways of getting around your systems. Sometimes friends of mine in government who are logging on to their secure systems, they they talk about how it takes so long they can go get a coffee, have a Danish and read the morning paper by the time their system is ready to be accessed,” Charette says.

Charette hopes his report on the government’s failure will help clarify what’s actually going on in the sphere of IT projects. “I think it was the author of Dracula who said something like, ‘You don’t learn from success, you learn from failure,’ or something like that. Well if that was true, given the number of failures that are happening, our government would be the smartest people in the planet.”