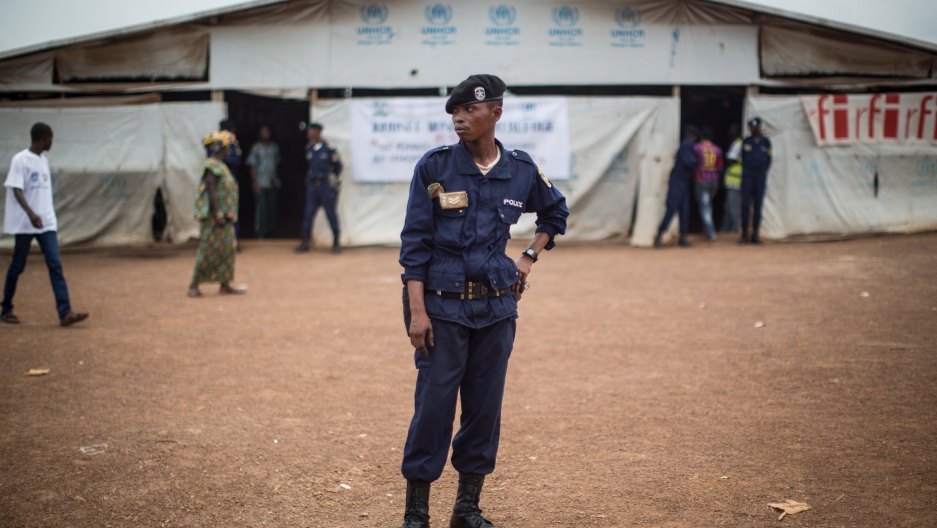 JOHANNESBURG, South Africa — Pope Francis, who received a rapturous public response on his recent American tour, is on to his next big mission: His first official visit to Africa.

The pontiff arrived in Nairobi on Wednesday for the first leg of a three-country swing through Kenya, Uganda and Central African Republic (CAR). If he makes the trip to CAR as scheduled — a resurgence in violence has thrown the visit into question — it is believed it would be the first time in the modern era that a pontiff has visited an active war zone.

Unlike in other parts of the world, Catholicism is growing in popularity in Africa. The continent is home to about 16 percent of the world's Catholics — double the number of a few decades ago. In central African countries, Catholics account for about half the total population.

But how much of an impact will the people’s pope have on a growing, changing continent?

According to Vatican Radio, Pope Francis is likely to address the topics of poverty and the inequities of globalization on his visit. This stands in comparison to the traditional messages of previous popes, which focused on the Catholic Church's longstanding positions on abortion, contraception and homosexuality.

Here's what else to expect:

Senior bishops in Kenya say that Francis's visit, from Nov. 25-27, will help bring healing to a country that has suffered devastating attacks by the Islamist group Al Shabaab. Also front of mind is the 2007-2008 post-election violence that left 1,200 people dead and deepened divides along tribal lines.

In preparation for the pontiff's visit, Bishop Alfred Rotich of Kenya said: “As we begin the final countdown, we call a moratorium on the name calling, the ethnic undertones and ask for national prayers.”

Pope Francis is due to preside over a public mass at the University of Nairobi, with more than a million people expected to attend. He will also meet with President Uhuru Kenyatta, and address youth at Nairobi’s Kasarani stadium, where Barack Obama spoke on his visit in July. The pontiff will visit the Kangemi slum on the outskirts of Nairobi, too.

Catholic priests who left the church in order to marry, meanwhile, will be seeking an audience with Pope Francis to urge him to make celibacy optional. The Pope has previously described celibacy as "a rule of life which I highly esteem," and "a gift for the Church," but added that "the door is always open" to discussing the issue.

The Ugandan leg of Pope Francis’s trip, from Nov. 27-29, will mark the third time a pontiff has visited the country. Catholic bishops there have said that Francis’s visit will encourage Ugandans to celebrate the 50th anniversary of the canonization of the “Uganda martyrs,” burned to death for their faith in the 1880s and canonized in 1964.

As in neighboring Kenya, gay people in Uganda continue to face widespread discrimination. Just over a year ago, the Ugandan government tried to impose lifetime jail terms for homosexual acts — but a court overturned the law.

While Obama raised the issue of gay rights on his recent trip to Kenya, it is unlikely that Pope Francis will do the same — despite a perception that he is less conservative than previous pontiffs.

In the Philippines earlier this year, Pope Francis warned against an “ideological colonization of the family,” a reference to gay marriage and contraception. At a recent Catholic Church synod, bishops rejected calls for more moderate language toward homosexuals. Ugandans walk under a banner bearing a portrait of Pope Francis as they take part in a charity 'Pope Walk' in Kampala on Oct. 31, 2015 ahead of the pontiff's visit.

Whether Pope Francis visits CAR at the end of his trip (and whether the country's upcoming elections go ahead as planned) depends on if there is peace.

CAR, one of the poorest countries in Africa, has been in turmoil since President Francois Bozize was ousted in a 2013 coup, followed by months of violence between mainly Muslim rebels and Christian-backed militias.. In recent days there have been fresh reports of violence in the capital Bangui, with hundreds of people fleeing their homes and renewed killings between Christians and Muslims.

During prayers at St. Peter's Square on Sunday, the Pope expressed “strong worry” for the “painful episodes of the past days that have worsened the situation in Central African Republic," according to Vatican Radio.

He said he wanted to express the Catholic Church's closeness to the "afflicted and tormented nation," and still hopes to travel to CAR at the end of the month, where he was planning to visit a refugee camp as well as the Koudoukou mosque in Bangui.

Interim President Catherine Samba-Panza has called on the UN mission in CAR to make extra efforts so that "Bangui can be secured for the coming events that are crucial for the country. The Pope's visit and the elections should be unifying events for the people of Central Africa."

But the Vatican has said the trip will be canceled if fighting intensifies.