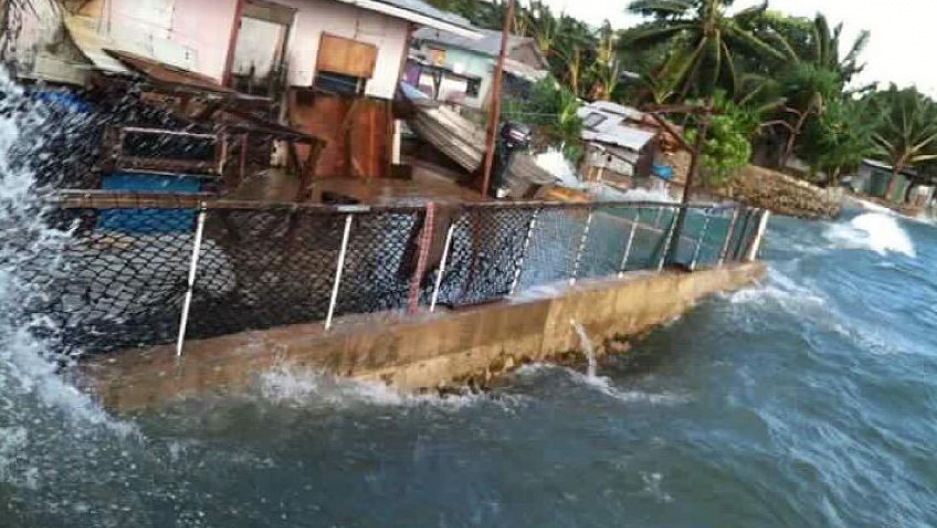 Courtesy of Christopher Loeak, president of the Marshall Islands.

Climate change can sometimes feel like something in the future, a century or more away. But one place where it’s already hitting home is the Marshall Islands, a small Pacific atoll near the equator.

Its low-lying islands are directly threatened by the potential effects of sea level rise. Forceful waves and high tides are already becoming commonplace in the capital city of Majuro.

“It’s really much worse than anyone can imagine at this point," he adds. "There are predictions of sea level rise, but what is happening now is reverse winds, bad storms, swelling king tides that wash over the island, we’ve even got salt water squeezing up out of the soil. It’s something that we want to get the world’s attention focused on, because too many people think that this is something being predicted for 2050s or 2060s. For most of the vulnerable atoll states it’s already happening, and we need to come up with ideas to maintain confidence that the world will not let these islands go under.

Climate change poses just as much a threat to my country as the nuclear testing did. Interview with @WorldsApart_RT https://t.co/p3pCmHTjZR

De Brum echoes climate scientists when he says that if global temperatures rise more than 2 degrees centigrade, “then you’re talking about the inundation of the Marshall Islands as early as 2030. And for Tuvalu, Kiribati, Tokelau, Micronesia, it would be the same.”

As for the Bikini islanders now living in the Marshall Islands, who were displaced from Bikini atoll by the US nuclear weapons tests during the Cold War, de Brum estimates that 2500 are now requesting assistance to relocate to the US. Most of the Bikini islanders and their descendants live on Kili atoll, where their way of life is now immediately threatened by rising seas, says de Brum.

“Their current island home does not have a lagoon or protective sea barrier reef, and as a result they are the first to actually feel the brunt of climate change. Waves are breaking over their embankments and on their shorelines, and actually inundating the airport and airstrip for example.”

The choice to leave or stay is a difficult one. “It can get kind of spooky for young children, to be living on an island where your school teacher comes and tells you we’re going to have to cancel recess today because waves are threatening our schoolyard.”

On the other hand, de Brum says there are proud Marshallese who say ‘We will stay even if we drown. We’re going to stay here until the waves come and engulf the island.”

The upcoming climate summit in Paris is a make or break moment for de Brum. “The Paris Agreement must explain to the world what a below 1.5 or 2 degree economic transformation looks like in practical terms," he says. "In our view, the agreement should say that we’re aiming to fully de-carbonize, or achieve net zero emissions, by mid-century."

"Everyone must come away from Paris with a clear sense of a launching point to a new, post-carbon global economy. We need the entire world to understand the scope of the challenge that lies ahead, especially the financiers and private sector players with the capital to reorient global investments towards clean, green energy.”

In a recent speech, de Brum called for a "Marshall Plan-like response" to the climate crisis at the Paris summit. He said nations like his own depend on highly ambitious, collective action for their very existence.

Returned from yet another trip to find my island home in climate disarray. Storms becoming increasingly unpredictable pic.twitter.com/RN0DbCp8Nw

The stakes are high. With his grandchildren in mind, de Brum offers this reflection: “They are the ones for whom we sound this alarm bell. It is for them that we are trying to do what we’re doing. We’ll all be dead and gone. They’re the ones who must inherit an Earth that can sustain them, that they can have confidence it will be part of their life as we have. I do not want to leave for my children and grandchildren something less than what I inherited from my mother and father. I think that should be the philosophy of all. We must leave this Earth a better place than when we got it, and if everybody understood that mission, we’d have a chance of saving it.” 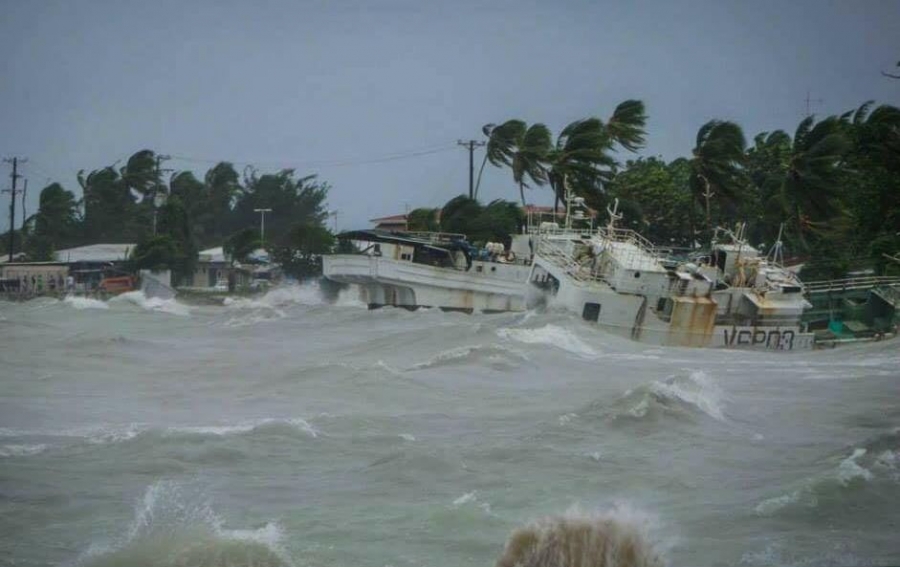 Ocean waves from a typhoon pound the coast of Majuro, Marshall Islands. Majuro looks "like a war zone. Roofs torn off, huge blackout, ships ashore. On alert for more tonight."