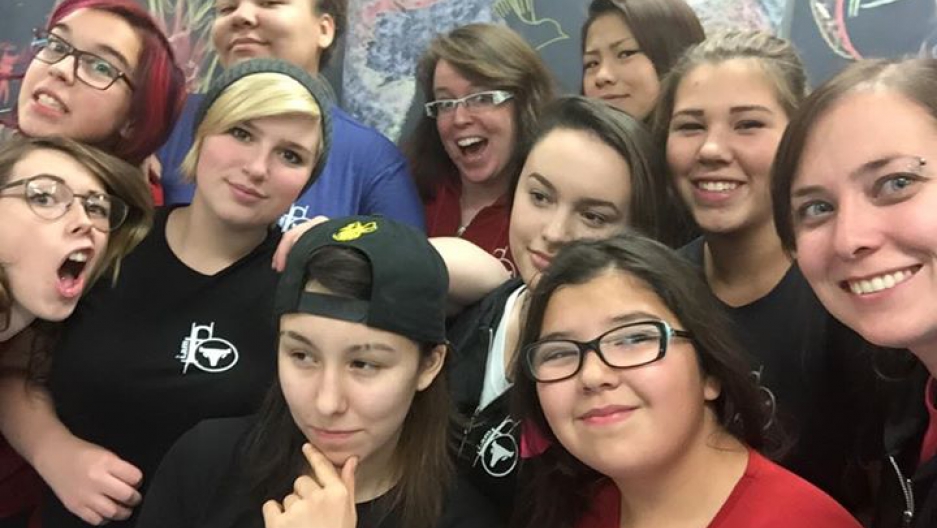 FOXY opens a dialogue with young women across the Canadian North about sexual health, relationships and making healthy decisions.

OK — it's time to have that conversation. You know — about sex.

How many parents have had that awkward moment with their teenage kids? The fact is, talking about sex can be kind of uncomfortable for many of us.

But Candice Lys does it all the time. In fact she travels around Canada's Artic North, visiting remote villages and indigenous communities.

And she helps teens there talk about sex.

“The first thing we do when we start a workshop is we sit down and, as an icebreaker, we have the youth talk about every word they've ever heard to describe a penis or vagina. So I mean we've heard everything. At first, usually there’s some shyness, you know. Somebody usually breaks the silence and says that first kind of taboo word and then eventually they start warming up to the idea and the names just start flowing, ” says Lys who is a co-founder of FOXY — which stands for "Fostering Open eXpression among Youth."

Despite protests, Ontario is going forward with a newer, more modern sex ed curriculum. These girls helped make it happen.

Lys uses hands-on, innovative methods to teach about sexual health and to facilitate discussions that might not normally occur, especially in the Canadian North, where teenage girls are at significant risk.

Sex ed in the Arctic: How one group uses snowmobiles and feather boas to teach teens. https://t.co/OGs0w3vwTQ pic.twitter.com/6lEOuhgG94

After a recent Arctic FOXY workshop in Fort Smith, Northwest Territories, teenager Jesse Shaw, a peer leader with Foxy said “this is one of the places we love coming the most because, the girls are just so engaged and they are so coming into their own. It's like a hub of aspiring little feminists, so we all get along really well. It's awesome.”

She says the girls are able to talk about sex in a way they weren't able to before. “We do something called ‘the Question Box’ and a lot of really good discussion comes up from that.  We get questions on trans-gender issues, questions on sexualities and virginity and the whole nine. Once we’re in that environment and we’re all just asking anonymous questions and answering them honestly, people just feel so comfortable with the dialogue," she says. "It goes really far and it’s awesome.”

Exciting news! FOXY spent yesterday with BBC Pop Up - here's a quick snap of a Day in the Life of FOXY! @BBCpopup https://t.co/mm38M5m2XL

“Will birth control make me fat? How do I put on a condom?  Can the ring get lost up inside of me?” are just a few of the questions that Lys says girls wouldn't necessarily feel comfortable asking random people. By having open and respectful conversations, Lys says there are opportunities to “arm the teenagers with the knowledge and the skills to be able to make the best decisions for themselves. Whether or not  to have sex, that's up to them, so it's more about answering their questions so that they can make the best decisions for them.”

The basic goal of FOXY, she says, is to “teach teenagers that talking about sex is OK, that it's okay to own your sexuality, and to be whoever you are.” Ultimately, Lys hopes that “every girl who's involved with our FOXY program feels better about herself when she leaves.”