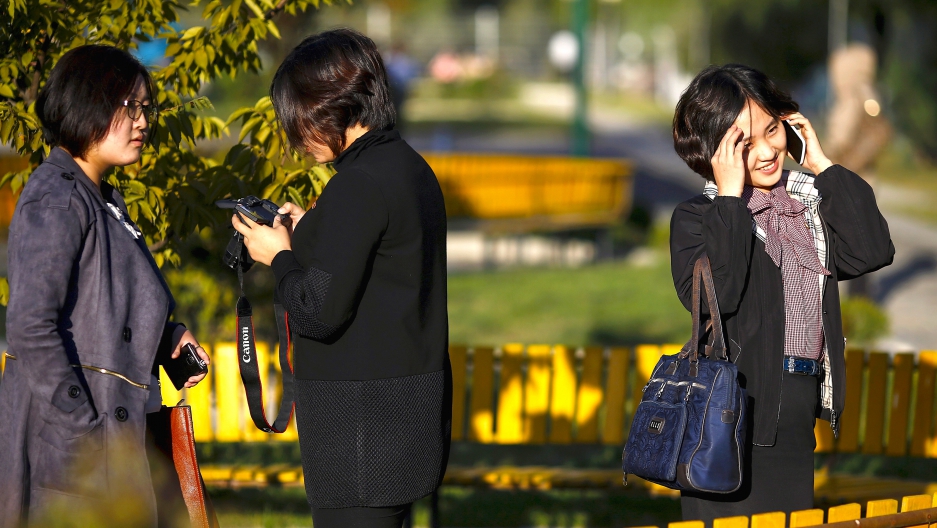 North Koreans chat on mobile phones and take some pictures as they enjoy nice weather in a park in central Pyongyang on October 11, 2015.

North Korea is often described as the most isolated nation on earth. But that can be misleading.

The Democratic People’s Republic of North Korea, the country’s official name, is certainly a repressive and paranoid regime where most citizens enjoy little personal freedom.

It is not, however, hermetically sealed off from the rest of the world. 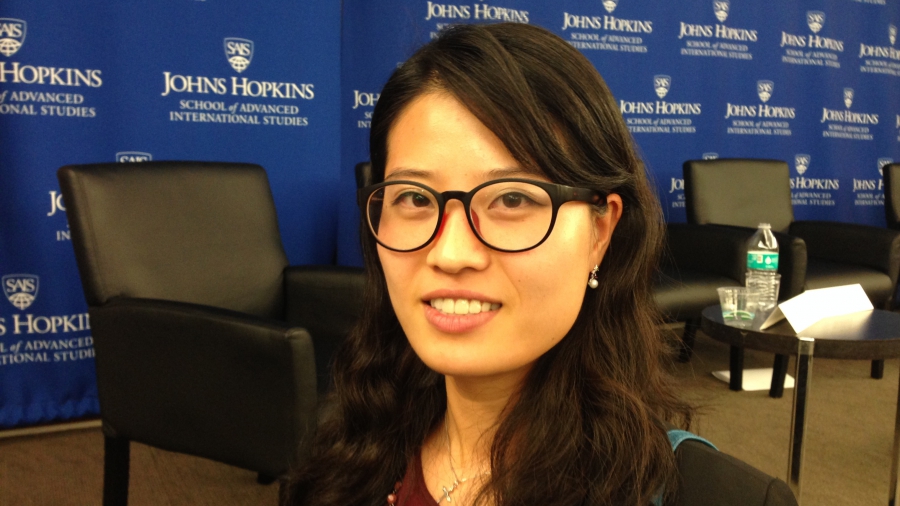 Grace Jo escaped from North Korea as a teenager and now she lives in the Washington, DC area.

During the famine of the 1990s, Jo’s little brother died of starvation. One of her older sisters headed off for China in search of food and disappeared. Jo’s father crossed the border into China illegally. He got arrested and then he died in prison.

Along with her surviving sister and her mother, Jo escaped into China. They spent years living as fugitives. But eventually they got arrested and were sent back to North Korea.

Jo says a Christian missionary saved their lives by coming up with a 10-thousand dollar bribe to secure their release.

“I probably would have died in North Korea,” she tells me, if not for the actions of this Korean American pastor.

In detention back in their home country, Jo says she and her mother and sister were seen as enemies of the state, because in China they had met with foreigners, helped other North Koreans defect and they had converted to Christianity. These are serious offenses in North Korea. Jo says, at the very least, they would have been put into a prison labor camp. And they might very well have been publicly executed for the perceived crimes.

Now, instead of fearing public execution, 24-year-old Grace Jo has just finished her GED. She works part-time in a dental office near Washington, DC. She is applying for college. I met Jo at conference in Washington this week on the human rights situation in North Korea.

“[The DPRK] is not nearly as closed as people think it is,” Frank Jannuzi tells me. Jannuzi heads the Mansfield Foundation and he is a longtime North Korea watcher.

Kim Seong-Min also spoke at the conference. He is another defector from North Korea, who is now living in Seoul, South Korea. For the last 10 years or so, Kim has been running Free North Korea Radio, which broadcasts into the North.

A lot has changed in the last decade, Kim says. And to make the point, he shows me a smart phone video. It’s a mundane scene of people in North Korea hanging out at home and singing some songs. Kim says more than 3 million people in the North have smart phones now. And the fact that people are sending videos to the outside world is a real challenge to the regime’s grip on the flow of information.

Kim says networks of activists are smuggling all kinds of things into the DPRK these days: cell phones, hand-held radios, USB drives. They provide a link to the outside world and a challenge to the regime that Kim hopes will collapse. The sooner, the better, as far as he is concerned.

But things might be getting more difficult for activists reaching into the DPRK. China has been cracking down on missionary activities in the border region.

And according to a recent investigation by The Intercept news website, the Pentagon used a Christian missionary group operating in northeast China and in North Korea to carry out espionage activities.

The spying allegedly went on between 2005 and 2012, according to the story, though it was apparently not very extensive.

Still, North Korea expert Joel Wit of Johns Hopkins University says the allegations play into the worst fears of the North Koreans about what they describe as “hostile US policy.”

“The message is that we’re out to get them, that the United States is really interested in regime change. And that we’re using programs that might be intended for engagement really for that purpose,” Wit says.

Whether or not the details of the article are true, any story in the western news media about collaboration between the US military and a Christian aid group working in North Korea could lead to trouble for cross-border activists and some of the people they are trying to help. 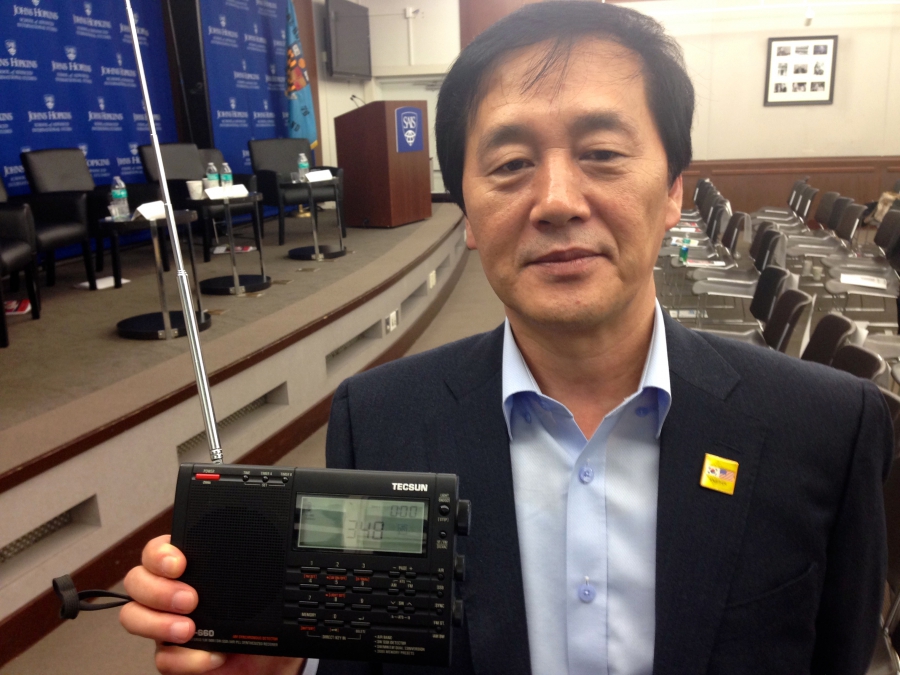 Kim Seong-Min, the broadcaster, recalls an incident from a few years ago, after a Christian missionary group disseminated mobile phone videos of North Koreans secretly practicing their faith inside North Korea.

It did not take long for North Korean state security to track down the worshippers, Kim says. They were arrested and publicly accused of the being western spies, a treasonous offense in North Korea.

Activists need support from the West to help bring down the North Korean regime, he says. But that same support, or even a perception of it, puts people in even greater danger.