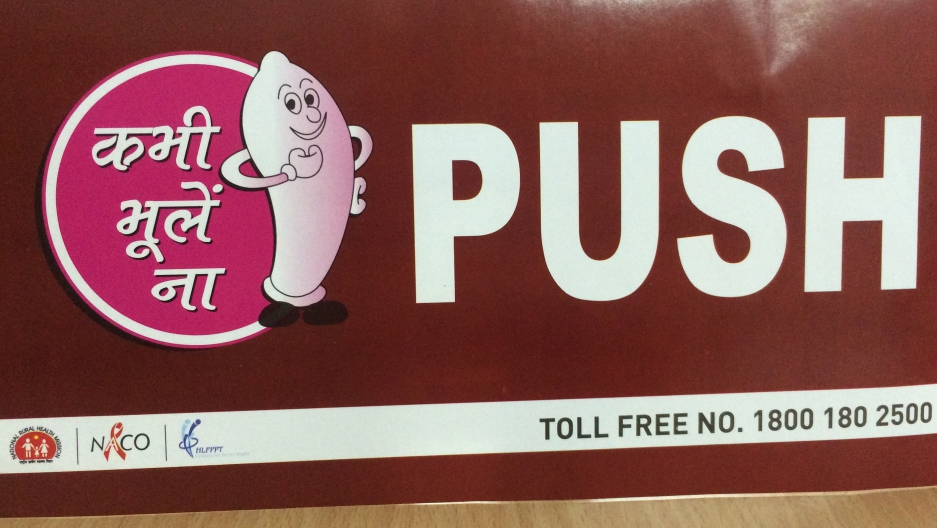 It's common to see condom ads on billboards and on TV in India.

I told her I was just looking. But I felt awkward and uncomfortable. My mind started to wander off to a time when I was a teenager in India and how awkward it got watching TV with my family when a condom ad popped up.

Back in 1987 or 88, when I was in ninth grade, my parents had recently bought a television; a black-and-white set encased in a wooden cabinet. We were so excited. There was only one channel — a government owned Indian channel — and the programming only started after 6 p.m. My family would gather around to watch. No one wanted to miss their TV time; we knew we had to get whatever we could get between the power cuts and bad reception.

Television was such a novelty that we didn’t even want to miss the commercials. But every time a commercial about condoms appeared on the screen, my family froze. My parents, my sister and I didn’t know what to say. My seven-year-old brother would ask my father, “What’s that, Papa?” We kept staring at the screen without uttering a word. No one smiled. No one fidgeted. We just waited for the commercial to end.

In the Michigan store, my reverie passed quickly, though, when I heard the saleswoman say, “Let me know if you have any questions.” She smiled at me. So to make conversation, I asked her what the store was about.

She said the place welcomed all kinds of sex-related questions and that they helped people engage in safe sex. I told her that as someone who grew up in India, I was struck by the absence of condom ads here. Sex is everywhere in American media and culture. And yet people don’t seem to talk about birth control.

In India, the condom ads are everywhere. You can always talk about contraception, but what you can't talk about openly is sex.

I said goodbye to the lady in the sex store, and walked out thinking what it would be like to have a store like that in India, where people could walk in freely and talk about sexuality and seek help — with no stigma or shame.