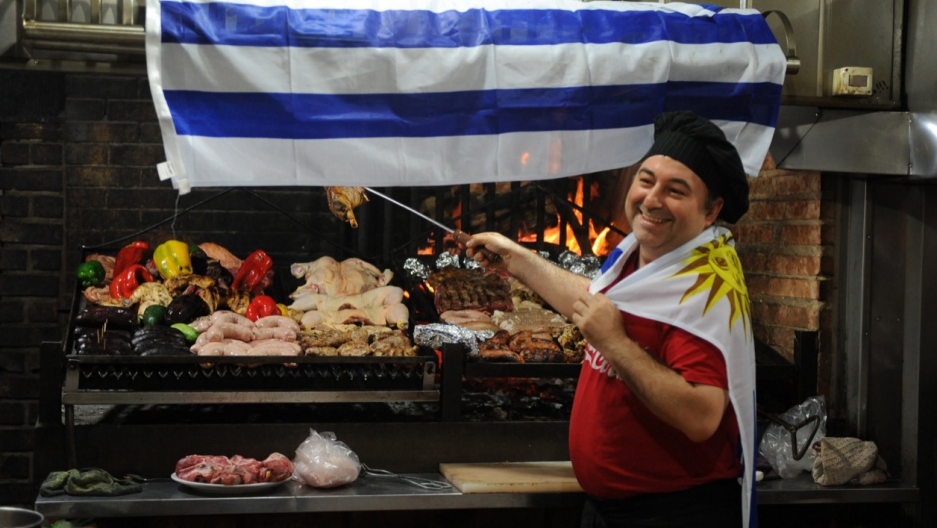 RIO DE JANEIRO, Brazil — Four of the 10 countries in the world that eat the most meat per capita are in South America.

Three of them — Uruguay, Brazil and Argentina — rely to varying degrees on exporting beef to prop up their economies.

So when the UN's World Health Organization on Monday linked eating processed and red meat to increased cancer risk, it was a double whammy for South American nations already struggling from an economic downturn.

Could this many millions of proud beef-eaters be wrong?

“Beef, for our citizens, is the main dish year-round,” said Federico Stanham, president of Uruguay’s National Meat Institute, adding that Uruguayans eat more than 130 pounds of meat per person a year. “Meat is a part of our culture, we eat meat every day and, well, we feel really healthy.”

Stanham said the nation’s meat industry appreciates the work of the International Agency for Research on Cancer, the arm of the WHO that did the study. But he warned against alarm, pointing out that the report primarily cautions against excess consumption of meat, not the inclusion of meat as part of a regular, balanced diet.

“Frozen bovine meat” is Uruguay’s second-biggest export commodity, accounting for almost 9 percent of the country’s exports. Stanham said there might be some impact on the Uruguayan meat exporting business from the news, but that he doesn't see the WHO findings starkly impacting demand in Asia, where the industry’s main growth markets are.

In Brazil, the news that processed meats could be linked to colon cancer hits particularly hard. “The trend is to increase the consumption of this kind of meat because it’s cheaper,” said Dr. Daniel Becker, a Rio de Janeiro-based health expert and pediatrician.

As social programs and an economic boom (which has now faded) brought millions out of poverty, more and more Brazilians have increased their consumption of purchased food, Becker said. That means they are now eating more processed foods, including meat.

“The exchange of natural food — raw food and food cooked by humans not by companies — for industrialized food, has worsened the health of Brazilians significantly,” Becker added.

But Becker said despite the WHO findings, he’s far more concerned about Brazil’s insatiable appetite for sugar and processed carbohydrates, which are contributing to rapidly escalating levels of diabetes and heart disease.

More from GlobalPost: No, processed meats aren’t suddenly as bad as cigarettes. Listen to the experts

Health experts cautioned against reading too much into the increased cancer risk outlined by the WHO, which concluded that eating 1.8 ounces of processed meat or 3.5 ounces of red meat per day increased the chances of colorectal cancer by 18 percent.

Nutrition experts were also quick to remind the public of the health benefits of eating meat, which is a good source of protein, key nutrients, and iron.