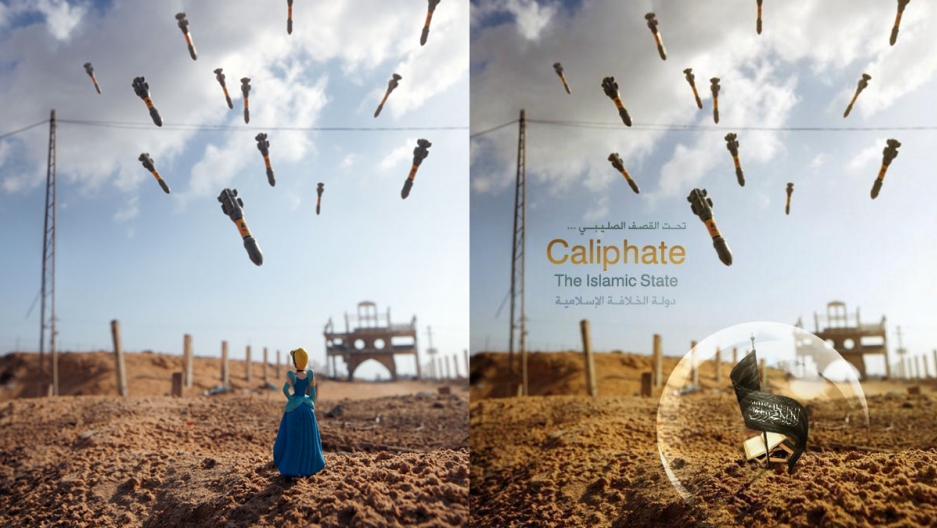 Photographer Brian McCarty's image that was repurposed in an Islamic State propaganda.

Since 2012, he has worked on a project called WAR-TOYS. The idea was to articulate children’s firsthand accounts of war.

“Even when you look at war, you can read all the studies and statistics you want and you can look at photos taken by journalists and still not get an idea of how these children feel, what they think ... their individual experiences,” says McCarty.

So he came up with the idea to interview these children through art and play. He would then turn the results into staged photographs using locally-purchased toys. His aim was to recreate the children's experiences in photos.

What McCarty never expected, was to see one of his images being used in an ISIS propaganda message.

“I was just dumbfounded to see it,” he says.

The image they used was taken back in November 2012, right before the buildup to what was called “Operation Pillar Defense.”

It was based on a drawing of a little girl in Gaza. 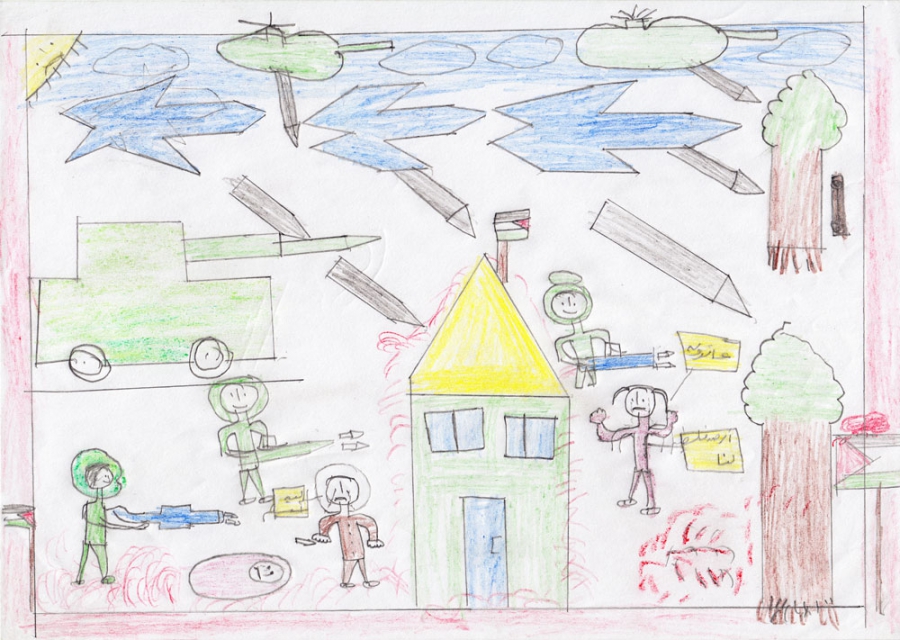 McCarty's photo was based on this drawing by a girl living in Gaza.

“[She] made this drawing with all these elements in it — of soldiers and tanks and helicopters, but when you talk to her, she only talked about the missiles and the fear of being killed by these missiles,” McCarty explains.

To recreate the girl's drawing, McCarty staged a scene using a bootleg Cinderella figurine that he purchased in Gaza and then added in toy missiles flying over her head. He says he could feel the blow from actual missile strikes in the distance while he was completing the shoot.

In the ISIS propaganda, Cinderella is replaced by a bubble surrounding what appear to be copies of the Quran and the ISIS flag.

The caption, according to McCarty, says something along the lines of “even if everything is destroyed, the Islamic symbol and State will survive no matter what.”

McCarty says he is not upset about the financial loss. For him, it hits at something much deeper.

“This photograph particularly was meant to be this girl’s fear of war, fear of dying and then ISIS took it and turned it into something promoting, more or less, that very thing — or at least the ideology behind that,” he says.

But he adds that he is going to make something positive out of it.

He wants to use this moment to draw attention to the WAR-TOYS project and the plight of the children living in conflicts.