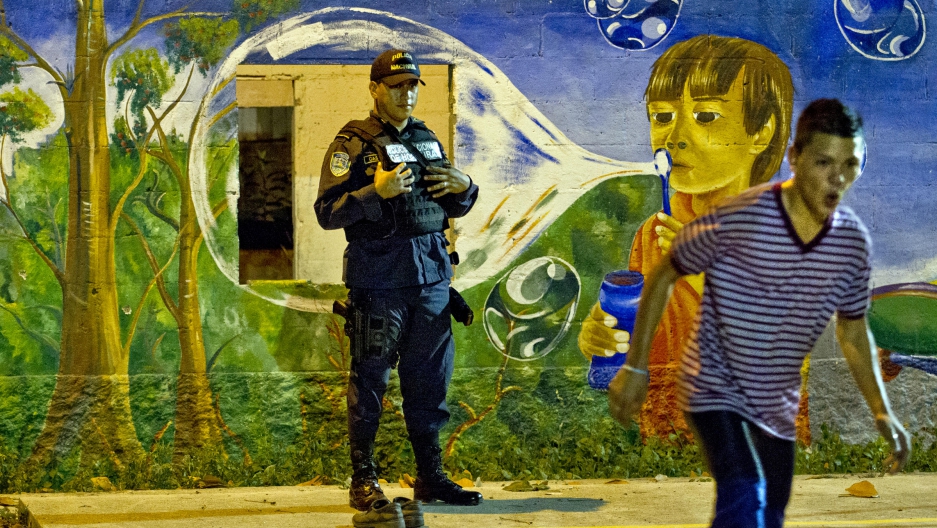 On June 26, 2014, 13-year-old Andrea Argeñal had just dropped her young cousins off at school in the Rivera Hernández section of San Pedro Sula, Honduras’ second-largest city. Relatives say it’s the sort of favor she frequently did for her family.

Thugs abducted Andrea, angry that she refused to join their mara, or drug gang. They took her to a house they’d invaded — one of many criminal lairs in Honduras known as casas locas, or madhouses.

There, they tortured Andrea, raped and ultimately killed her.

“The police barely responded to her disappearance,” says Andrea’s uncle, René Maradiaga, standing at the spot behind the casa loca where her body was found. “It seemed to take a good 10 to 15 days before they got serious about it.”

The gangsters had already terrified many local residents into leaving Honduras for the United States — especially teenagers like Kevin Portillo, who’d been threatened by the same gang that killed Andrea.

“The thing is, if a kid obeyed that gang, then a rival gang would threaten you,” says Kevin, 17, who was one of tens of thousands of Central American minors who showed up alone on the U.S. border last year. (He was deported back to Honduras months later.)

But for all that, Andrea’s horrific murder proved a tipping point for her community, if not her country. 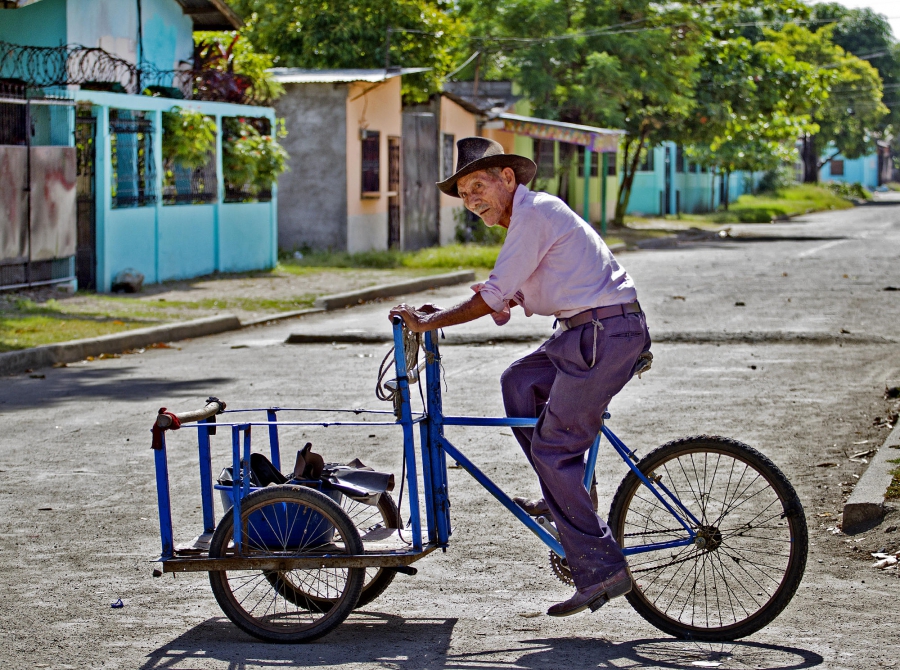 An elderly man rides his bike past colorful homes that were painted by the Honduran police in this once very dangerous Chamelecón neighborhood in San Pedro Sula, Honduras.

Ever since Spanish conquistadors marauded into what is now Honduras five centuries ago, it has treated police security like a private privilege more than a public right. That’s a big reason — along with the U.S.’s insatiable demand for drugs — that Honduras and San Pedro Sula have in recent years suffered the highest homicide rates of any country or city in the world.

This year, officials estimate those could drop by as much as 30 percent. What’s changed? Many say the police have.

That doesn’t mean a surge of SWAT teams, helicopters and shootouts, though. It reflects instead more modern and professional practices like using crime data analysis to dispatch patrols more effectively in neighborhoods like Andrea’s — as police in San Pedro Sula now do.

Or teaching gang-resistance classes in local schools, as they also do. Or helping to paint residents’ houses in neighborhoods where gangs have just been pushed out. 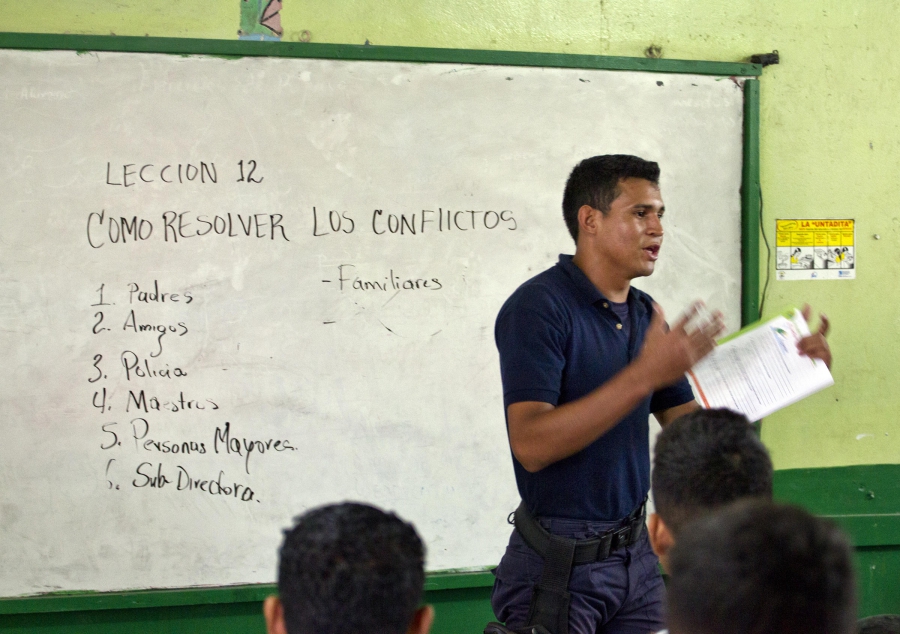 “In years past, unfortunately, people used to view what police we had to be as criminal and repressive as the gangs themselves,” Eva Nelly Paz, a San Pedro Sula community activist, said as she watched cops paint homes near a sugar-cane field where gangsters used to dump victims’ corpses.

Alcides Vides, the new national police subcommander in San Pedro Sula, insists his officers “are in touch with citizens now and the citizens trust them. When that happens, violent crime will drop.”

Impoverished Honduras is still woefully under-policed: It has only one cop per 1,200 residents. Miami-Dade County, by comparison, has one for every 400.

But Honduras is finally building its police ranks, thanks to millions in U.S. aid and a new security tax the country’s ruling elites grudgingly agreed to a couple years ago.

They’ve also conceded that their Mano Dura (Hard Hand) strategy — using the military instead of police to fight gangs — failed. In fact, Honduras’ government, run by a conservative president whose party long championed Mano Dura, presented a reform plan this past summer that calls for a significant increase in civilian police and stronger requirements for recruits, including high school diplomas.

“History in this part of the world has proved that Mano Dura does not work,” says Vance Stacy, who advises the Honduran police for the U.S. State Department’s International Narcotics and Law Enforcement Bureau (INL). 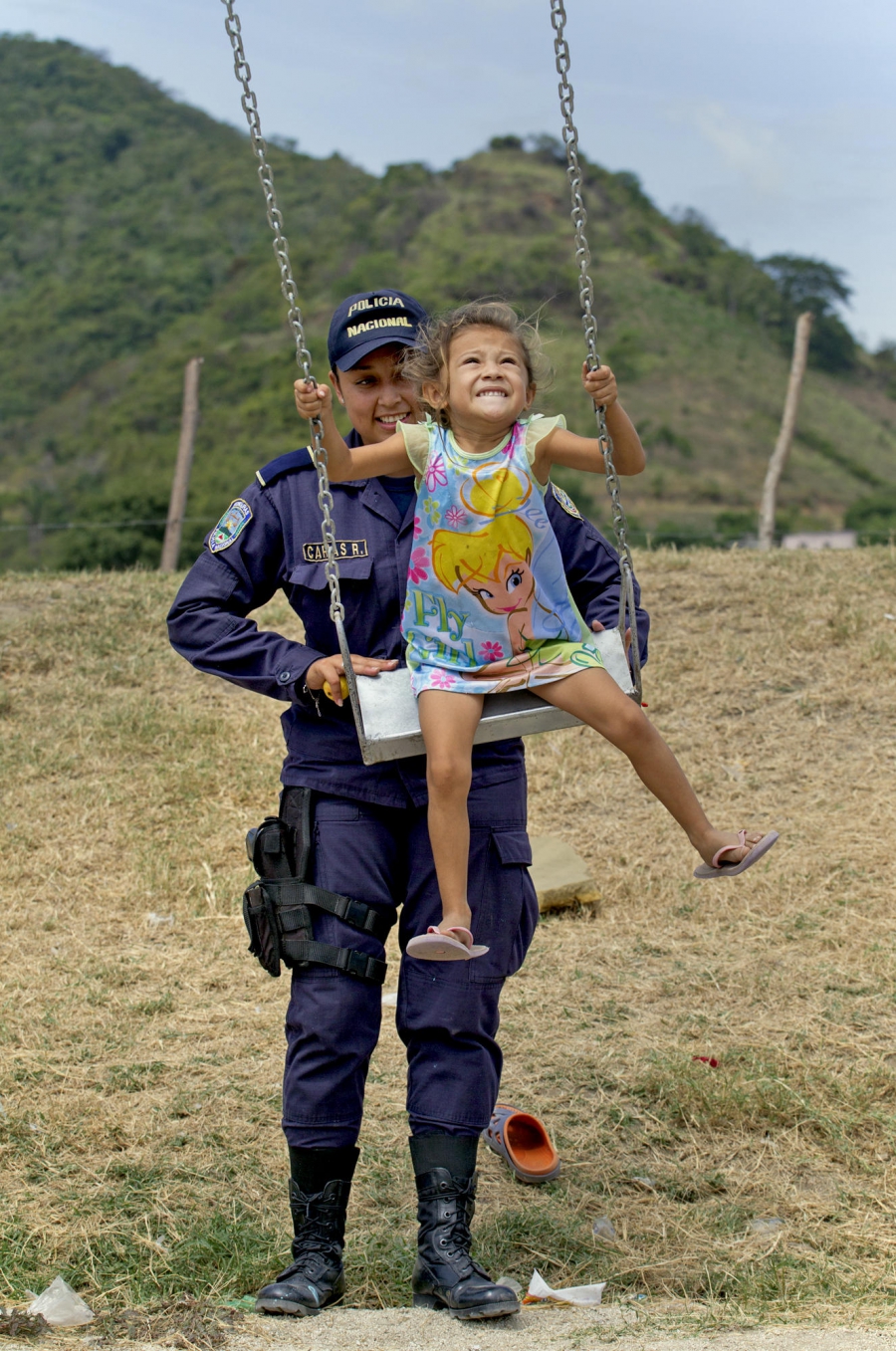 “Community policing,” Stacy said, “is the only approach that is going to directly address the underlying causes for the violence.” Honduran police, he adds, “are beginning to make this a more stable place.”

A recent Vanderbilt University study suggests the experiment is working in Central America’s violence-plagued northern triangle of Honduras, Guatemala and El Salvador. And it’s at least off to a good start in San Pedro Sula’s Chamelecón district — which is arguably the epicenter of Honduras’ gang terror, and not surprisingly a place that generates more migrants than any in the region, say U.S. officials.

New, U.S.-funded police stations have just been completed in Chamelecón — with bunk-bed dorms so cops stay embedded in the barrios. That cop presence, along with new public parks and stadium-bright street lights, challenges gang rule. Businesses once crippled by criminal extortion are coming back to life.

“People aren’t so afraid to come out and shop anymore,” says Ruby Zaldívar, who owns a party cakes and supplies store.

Zaldívar estimates her sales are up 70 percent this year — “Minions” piñatas are her best-sellers — and she’s even closing after sundown, something she hadn’t done in years.

During a recent ride-along with a national police night patrol in Chamelecón — through an area controlled by Honduras’ most powerful gang, MS-13 — residents walked the streets after dark. That wasn’t the case little more than a year ago, when gangs like MS-13 still mandated curfews that kept locals indoors after 8 p.m. 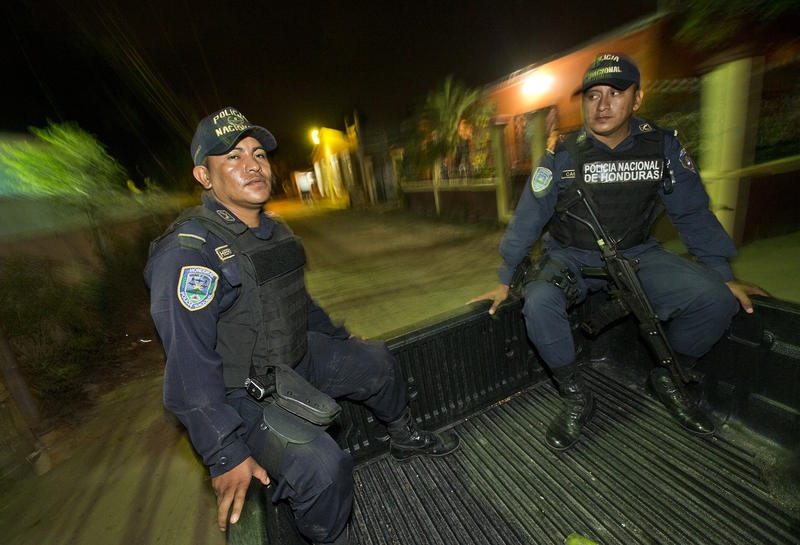 Those no longer seem to be in effect on many Chamelecón blocks. Nor do they seem to hold in the San Pedro Sula neighborhood where Andrea Argeñal was killed. In fact, the community has made the defiant gesture of turning the casa loca into a youth recreation center.

“We call it a casa de esperanza now,” Maradiaga said. A hope house.

Police are stationed 24/7 on the street where Andrea was kidnapped.

And teenagers like Kevin Portillo say they feel safe enough to stay in Honduras.