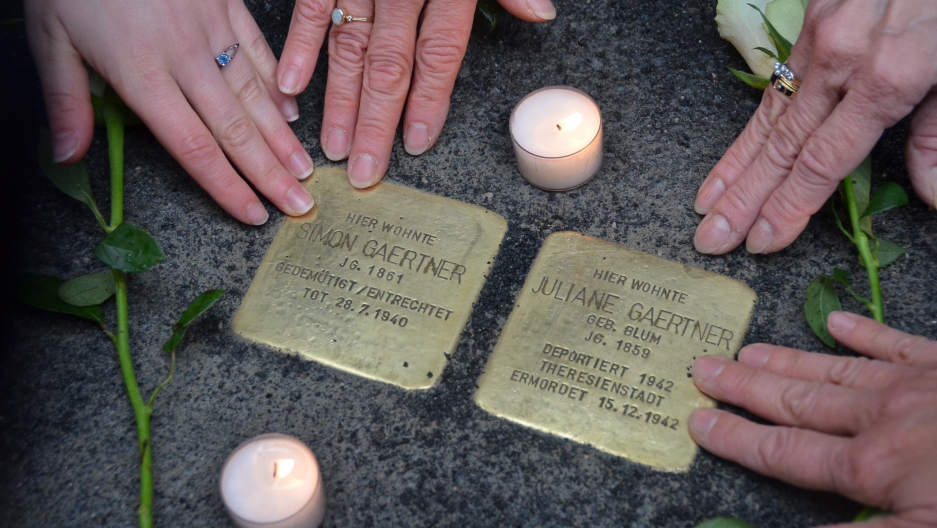 Stolpersteins or stumblestones placed in Mainz, Germany on October 15th, 2015 to honor Juliane and Simon Gaertner. Juliane was deported to Theresienstadt where she died in 1942.

Juliane Gaertner always wore black after she lost two of her sons during World War I. So in 1939, when the Nazis rounded up all the Jewish men — including her last living son — in the wake of Kristallnacht, she had had enough.

"My 80-year-old great-grandmother put on her hat, marched into Gestapo headquarters, and told them, "I gave two sons to Germany in the war, and you will give me my third one back!" says journalist Naomi Lewin. And they did.

Lewin was a guest of honor in Mainz, Germany Friday, for the laying of a Stolperstein, in memory of her great-grandmother. 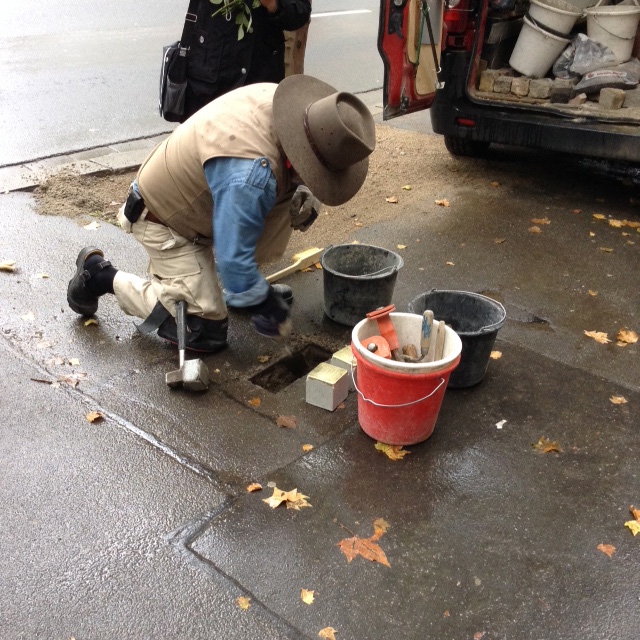 A Stolperstein is a stone that commemorates someone who died as a victim of Nazi oppression. They're been made for years by a German artist. Thousands of these stones have been installed across Europe, in over 1,000 places in Germany and in 17 other European countries. They're usually paid for by the family of the person being honored.

Friday, that person was Juliane Gaertner. "Juliane was a remarkable person," says Lewin. 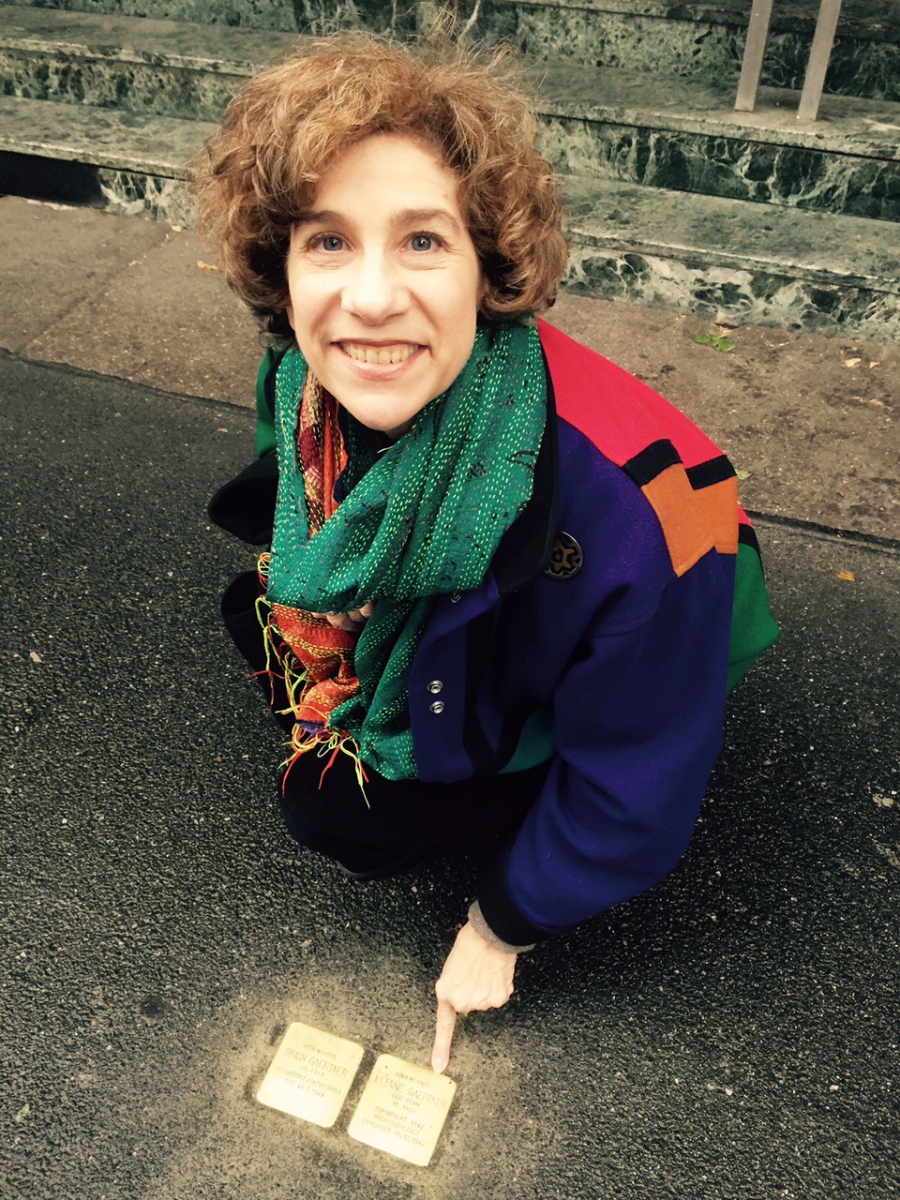 Naomin Lewin points to the newly laid stolperstein or stumble stone in memory of my great-grandmother, Juliane Gaertner.

Lewin wouldn't be alive without her grandmother's directness. That son she forced the Nazis to release? That was Lewin's grandfather.

"She saved his life and when my grandfather got to America, he wrote letters to everyone he could, including Joseph Kennedy, trying to save hers," says Lewin. "But in 1942, she was deported to Theresienstadt, where she died."

Lewin says her two sisters and one of her nieces attended the Stolperstein ceremony but only one member of the family was allowed to speak at the ceremony. "Since I'm the one with the fluent German, and also the one named Naomi Juliana Lewin, that [was] me," she says.

In her speech, Lewin told her great-grandmother's story, including what happened the night her final son was taken by the Nazis.

"My mother and her parents used to have Friday night dinner with my grandfather’s parents every week, and when they showed up without him that night, my grandmother [Juliane’s daughter-in-law] came right out with the fact that her husband had been taken — at which Juliane put on her hat, and said to her husband, 'Kommen schatz,' 'Come my dear,' we're going to the Gestapo!'"

The four of them set off, along with the family dachshund. When they got there, Juliana was the one who went in. After 15 minutes, which Lewin says must have felt like an eternity, she came back out.

"She had told the Gestapo officers that her other two sons gave their lives for Germany in the World War, and they should leave her the last one. And they promised her that they would. In fact, as they all made their way home, they heard the familiar family whistle behind them, and there he was."

Lewin says she was suprised at how emotional the ceremony was for her. She was moved to tears.

"I grew up with the story of Juliana and her courage, and I feel proud to be carrying on her name."