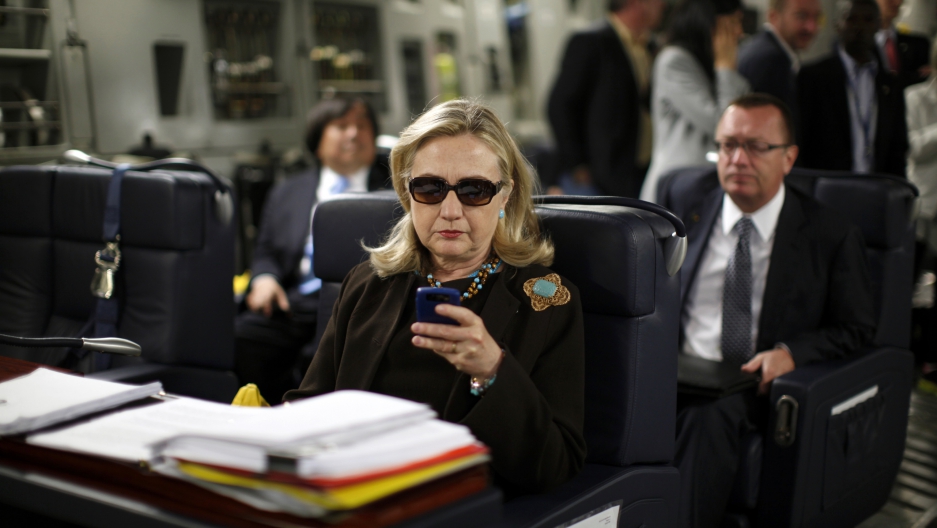 Hillary Clinton's tenure at the State Department is a complicated story.

It's a job history the former chief US diplomat may prefer not to trot out during tonight's first Democratic presidential debate, says Politico editor Susan Glasser.

"There's no doubt she knows what to do when she gets that 3 a.m. phone call because she's already gotten it," Glasser says. "On the other hand, I think that there's a reason that Hillary Clinton has not been emphasizing her international experience on the campaign trail.  It's not necessarily a huge political selling point for her."

Clinton has been dogged by revelations that she used a private email account and a home server instead of an official government email system during her tenure at the helm of the State Department, where she served from 2009 to 2013. She's also been criticized for not doing more to prevent the 2012 attack on U.S. diplomatic facilities in Benghazi that killed four Americans, including the U.S. ambassador to Libya.

And Clinton is plagued by a host of ongoing US foreign policy dilemmas, including what she'd do about Russia and its new more assertive role in Syria. According to Glasser, Clinton is "saddled with the reset" of Washington-Moscow relations that she supported, while at the same time she must convince voters that she would have been "tougher" with President Vladimir Putin.

Clinton is keen to distance herself from much of President Obama's foreign policy legacy, including many aspects of his Middle East policy. Although she was key to Washington's "pivot to Asia," a term Glasser says Clinton coined in Foreign Policy magazine, the former Secretary of State changed her mind in recent weeks and is no longer in support of the Trans-Pacific Partnership - or TPP agreement.

"You saw her really flip-flopping on the (TPP) issue," Glasser says. "That reflects where I think the Democratic primary electorate is at."

So, Glasser says, it's not of much use that Clinton has "checked every box one needs to check to meet that Commander in Chief test."

Especially when foreign policy isn't even front and center for many primary voters, who are more focused on domestic "bread and butter" issues, like jump-starting the faltering US economy.