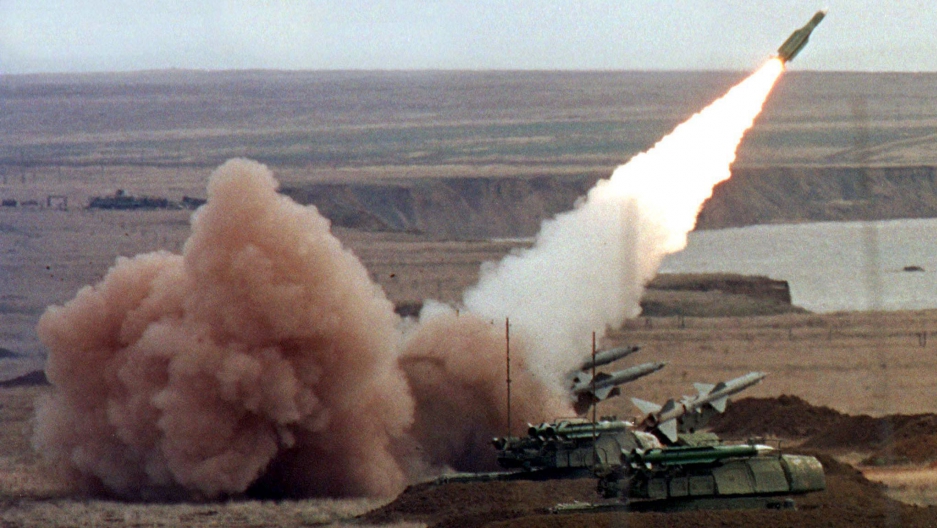 A Buk anti-aircraft battery launches a ground-to-air missile during a Ukrainian army exercise before the war. The weapon is in service with the militaries of both Russia and Ukraine, although Russia says it no longer uses the model identified by Dutch investigators.

An official investigation by Dutch authorities has concluded that Malaysia Airlines flight 17 was shot down over Ukraine last year by a Russian-made missile. The report did not say who fired the missile, which killed 298 people.

Another key conclusion was that the airspace over Ukraine should not have been open to airliners.

The Dutch investigators concluded that Ukrainian authorities had "sufficient reason" to completely close the airspace, but "nobody gave a thought" to the possible threat to civil aviation.

There were several reports of warplanes being targeted in the air over eastern Ukraine in the weeks prior to the disaster. Some warplanes were reported to have been damaged or destroyed, even at high altitudes.

Many airlines had decided that was enough to re-route their flights to avoid eastern Ukraine. But Malaysia Airlines and 60 other carriers did not.

Dai Whittingham says the criticism of Ukraine’s failure to close its airspace benefits from “hindsight.” Whittingham is a former senior officer in Britain's Royal Air Force, and is currently head of the UK's Flight Safety Committee, an unofficial body.

“It’s easy looking back now to appreciate it should have been closed,” says Whittingham. “But back then, of course, there had not been an instance where somebody had actually had a go at a civil airliner.”

He adds that “sophisticated air-defense systems come with a command and control setup that allows people to identify the target they’re shooting at.”

If the missile battery was under the control of the pro-Russian rebels, which he believes is likely, they probably would not have had access to that command and control information, to allow them to work out that it was a civilian airplane.

Whittingham says the track of the plane should have been another clue to the missile battery’s operators, since military planes rarely fly in a straight, predictable line.

Protocols have been tightened up since the disaster last year, and operators are now much more risk averse, says Whittingham.