Actor Daniel Craig listens to speakers at a service designating him as the UN Global Advocate for the Elimination of Mines and Explosive Hazards at the United Nations Headquarters in New York April 14, 2015. Craig is the incumbent James Bond.

Next month, Daniel Craig returns to the role of James Bond in Spectre, the 24th flick in the franchise (and Craig's fourth outing as 007). Craig has said he's contracted for one more film and that he would keep going as Bond "as long as I'm physically able," but that hasn't stopped speculation about who will replace him.

Homeland's Damian Lewis is rumored to be next in line, but many fans are eager to see someone other than a white guy take the iconic role.

Pierce Brosnan, who played Bond in the '90s, said recently that while "there's no reason why you cannot have a black James Bond," he thinks that the next Bond will be white and male. And last week, Craig weighed in, saying, "the person should do the job and I don’t give a f*** what color their skin is." He added, "[A woman] is another story. But why not? Jasmine Bond?"

This comes after writer Anthony Horowitz caused a stir by calling Idris Elba "too street" to play Bond, which inspired us to talk with Jamil Smith about how Hollywood views some black actors as tough guys and others as nonthreatening.

So if a Bond of color is next, who should it be? Join me for some well-intentioned objectification as I play casting director for the franchise. Because really, the main criteria for James Bond are: be able to kick ass, look good with a close shave, and wear the hell out of a tux. 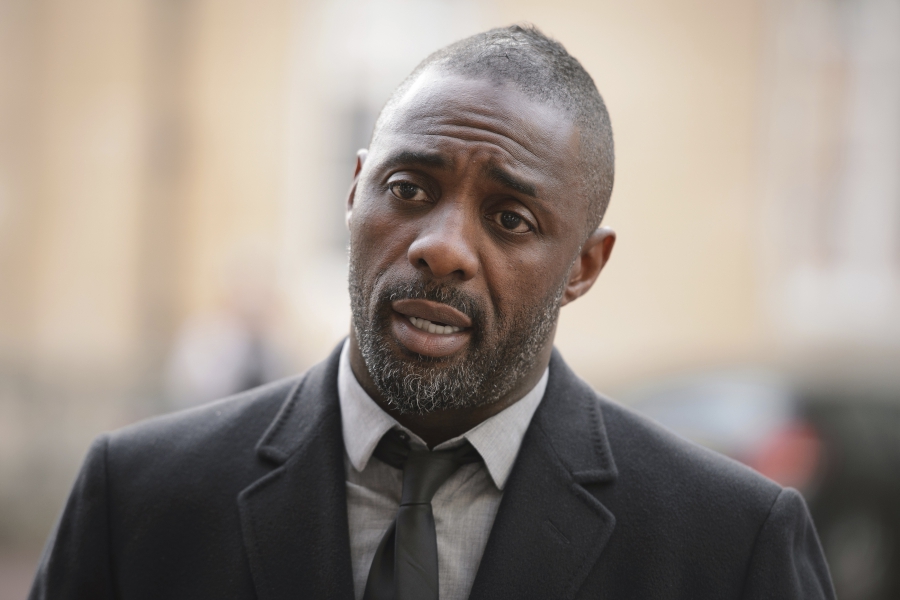 British actor Idris Elba speaks to the media ahead of the "Defeating Ebola: Sierra Leone" conference in central London, on October 2, 2014.

He has serious acting chops (including an Oscar nod for his turn in 12 Years a Slave), the right accent, and is quite dashing. I might prefer him to Elba. But I also might not. They both will get a call-back. (H/T to @bklyn_betty)

Actor Chiwetel Ejiofor arrives for the UK premiere of "The Martian" at Leicester Square in London, September 24, 2015.

I've been a fan of Daniel Craig's darker and moodier Bond, and Isaac proved that he can pull off existential angst in 2013's Inside Llewyn Davis and creepy menace in Ex Machina. And he's been working on projects with a wide range of audiences, from this fall's Show Me a Hero on HBO to the upcoming Star Wars: The Force Awakens. Fun fact: Isaac is half Guatemalan and half Cuban.

Cast member Oscar Isaac attends the world premiere of the film "A Most Violent Year" during AFI Fest 2014 in Los Angeles November 6, 2014.

Best know for appearances on TV series like Heroes and Beauty and the Beast, Ramamurthy is also finding more roles in films like the upcoming A Momentary Lapse of Reason.

Actor Sendhil Ramamurthy speaks to the media as he arrives on the red carpet at the 7th Dubai International Film Festival in Dubai, December 16, 2010.

He's a class act and has a definite box office draw. I also just feel like he's a good guy, you know?

Actor and the evening's host Jamie Foxx makes a heart with his hands as he poses backstage at the 2015 iHeartRadio Music Awards in Los Angeles, California, March 29, 2015.

Henney has played everything from a romantic lead in Shanghai Calling to a mutant in X Men Origins: Wolverine. He's also a certified dreamboat/ex-model, so he makes the short list.

Ramirez has appeared in serious Hollywood fare like Zero Dark Thirty, action series like The Bourne Ultimatum as well as a host of Spanish-language films. Plus, he speaks almost as many languages IRL as James Bond (Spanish, French, English, Italian, German).

Cast member Edgar Ramirez poses at the premiere of "Zero Dark Thirty" at the Dolby theatre in Hollywood, California December 10, 2012. The movie opens in the US on January 11.

Fans of the Fast and Furious series know Kang as the street racer Han Seoul-Oh who joins Dom's crew (shout out to Roxane. This list is kind of for you). His years of driving fast cars for the franchise is basically an extended audition to be James Bond.

I am not familiar with the Williams ouvre, which includes Grey's Anatomy and films like Cabin in the Woods and The Butler. But I think we could at least call him in for a reading right? Those baby blues...

This story first appeared as a blog post from Sideshow.