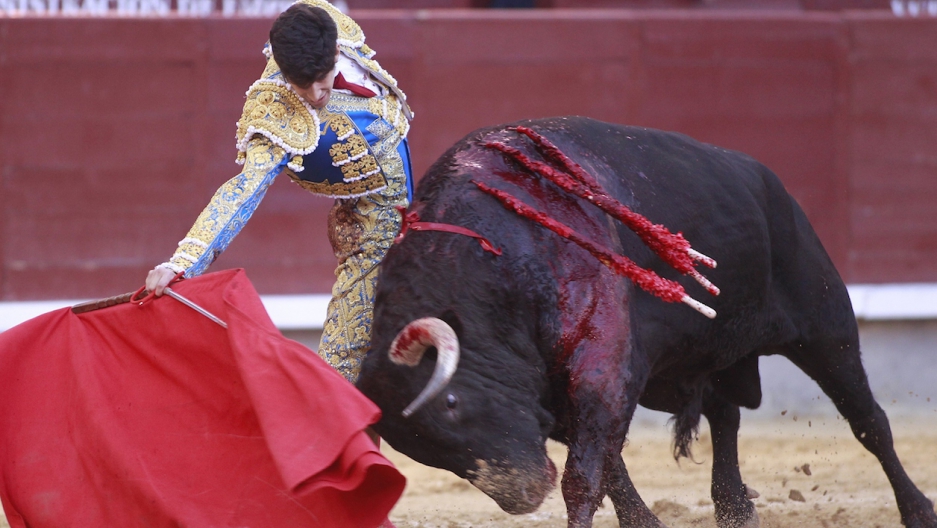 MADRID, Spain — For almost four decades, the Marcial Lalanda bullfighting school has trained some of this nation’s most celebrated matadors.

Now the prestigious Madrid school may fall on its sword — along with the controversial blood sport as a whole — as a tranche of recently elected leftist politicians opposed to animal cruelty wind back crucial public subsidies and push to ban Spanish bullfighting altogether.

In Madrid in August, new left-wing mayor Manuela Carmena dumped the city’s annual 61,200 euro ($68,400) subsidy for the Marcial Lalanda school, with her Ahora Madrid (Madrid Now) party declaring the subsidy “not compatible with the defending of animal rights.” (Adding to the pressure, at least 10 people have been fatally gored during bull runs across Spain this year, one of the deadliest ever for that sport.)

But in a sign of just how split the bullfighting debate remains in Spain, the regional government — still ruled by the center-right People’s Party, which also holds power nationally — immediately began reviewing its own budget, hoping to pick up the shortfall to ensure the historic school was not lost.

Bullfighting is a major tourism draw for Spain, and supporters argue such a rich cultural tradition should not be allowed to die.

On the other side, animal rights activists and many younger Spaniards feel deeply ashamed that such cruelty is still permitted, often funded with public money. Matadors are celebrities in Spain. This photo shows Juan Jose Padilla (C) posing with supporters in 2012 in the northern city of Pamplona.

Exactly how much public cash is funneled into bullfighting overall remains unclear.

That’s particularly galling considering Spain is only just emerging from a five-year double-dip recession, during which soaring national debt and unemployment forced deep cuts to essential services, including health and education.

Pérez Sueiras estimates CAP channels as much as 130 million euros ($145 million) to bull breeders each year, while the EU likely spends another 25 million euro ($28 million) on projects such as rehabilitating bullrings and museums, and subsidizing bullfighting foundations and tourism companies.

Opponents argue bull breeders should not be eligible for CAP funding because it violates a European Convention directive that animals kept for farming purposes should not “suffer pain, injury, fear or distress.”

Many believe the sport would collapse without such subsidies.

Says Spanish filmmaker Miguel Angel Rolland: “This is the right moment to realize that what we are doing is wrong.”

Rolland will soon release his film "Santa Fiesta," which uses hidden camera footage to document some of the 16,000 religious festivals across Spain that he says involve the torture of animals, including bulls, ducks, pigs, geese, horses, pigeons and rats.

Rolland says about 60,000 animals are abused during these “fiestas of blood” each year.

"It was really upsetting to see how we as a society push kids to the front line, very close to the animal, without any comment or context from the relatives or parents."

“It’s extreme cruelty justified as tradition. What you’re seeing in 99 per cent of cases is just an open excuse to unleash violence, to allow people to show the worst of themselves. We represent ourselves as a violent society,” he says.

“I often found myself more upset by the laughing, the signing, the conversations people had while these horrors were happening. It was really upsetting to see how we as a society push kids — five, six, seven years old — to the front line, very close to the animal, without any comment or context from the relatives or parents.”

Spain may soon come under pressure from the United Nations Committee on the Rights of the Child, which has already ordered other bullfighting nations including Portugal, Mexico and Colombia to keep children away from such violence. The committee is expected to evaluate Spain’s compliance this year.

Meanwhile, since May’s regional and municipal elections ushered in a string of new leftist politicians opposed to bullfighting, the axe has progressively fallen on publicly funded events across Spain.

Spain’s third-largest city, Valencia, also promptly dumped its subsidies, along with Alicante 100 miles south, where a referendum will also be held on whether the coastal city should be declared completely bullfight-free.

In the north, three municipalities in Galicia withdrew their funding, while the leftist coalition that controls Palma de Mallorca declared the small island city “free of animal abuse” — though the council must first lobby the regional assembly for a law change before it can legally halt fights held in the privately owned local ring.

Even before the political swing to the left, bullfights had been steadily dwindling in Spain, with Culture Ministry figures showing the number of fights dropped almost 60 percent between 2007 and 2014, from 953 to 398.

While the bullfighting sector played down the slump, blaming Spain’s long-running economic crisis, a question mark hovers over the sport — especially with national elections due in December, which could usher in yet more left-leaning politicians.

“In the past year and a half we’ve seen people really starting to raise their voices and say we don’t want this,” Rolland says.

“Tradition and history have been used too many times to defend values that are unacceptable. Society is tired of these traditions. We want change.”