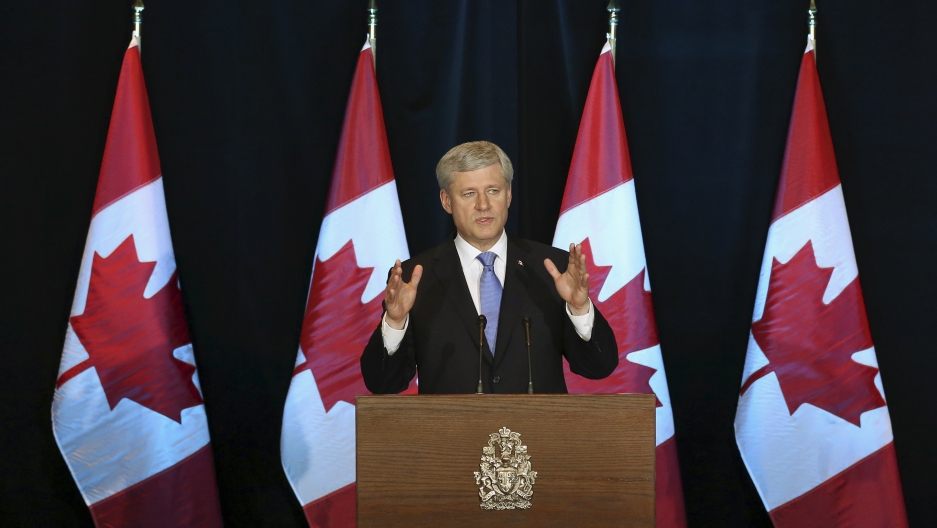 The niqab is really big in Canada right now.

At least, one might think that is the case, judging by how much top Canadian politicians have been talking about it.

Canada is holding a national election on October 19. And there has been a great deal of attention paid to the full-face veil worn by some Muslim women. 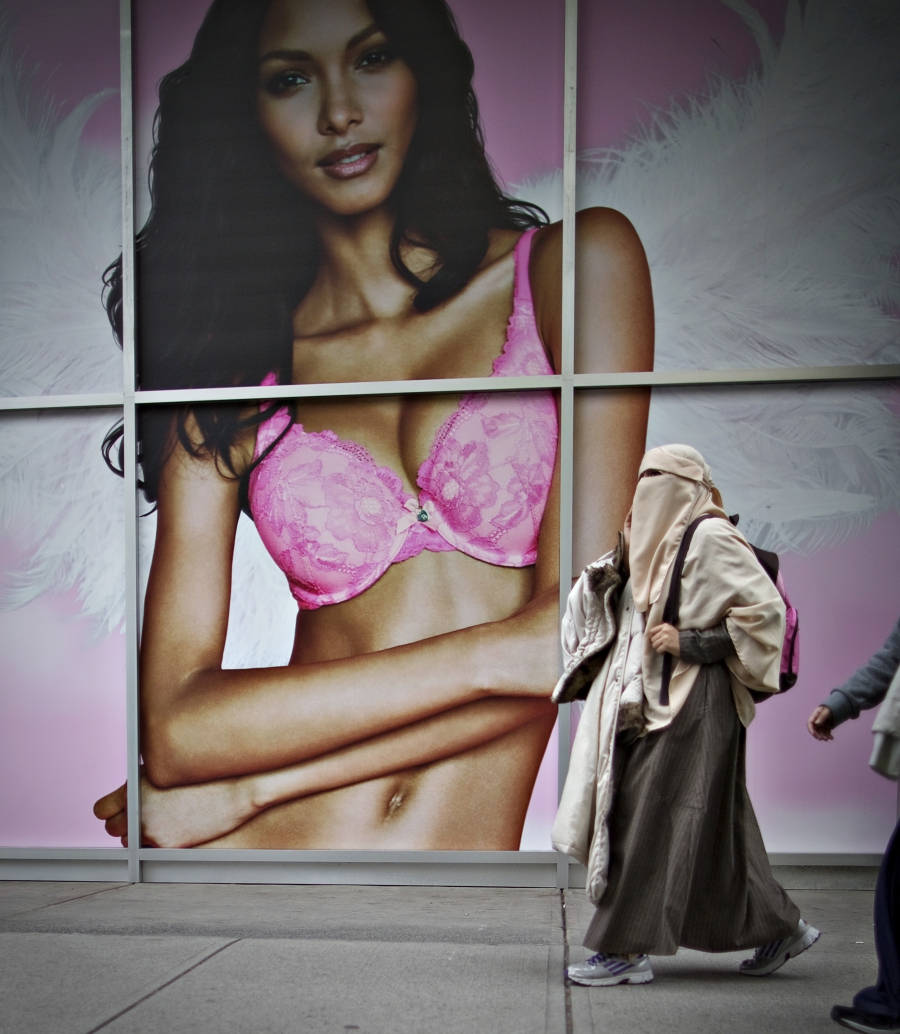 Zunera Ishaq is at the center of the controversy. The 29-year-old mother of four lives in Toronto. She was born in Pakistan and has been a permanent resident of Canada since 2008.

Ishaq says she is baffled about all the fuss over her decision not to remove her niqab during a swearing-in ceremony to become a full-fledged Canadian citizen.

“I believe in it. It is a religious duty of mine to cover my face in the public all the times. So, it is very important for me that I am covering my face when I am taking the oath for the citizenship of Canada,” Ishaq told the CBC this week.

Last year, Ishaq challenged the legal requirement that said Muslim women must remove their face veil to take part in the public ceremony for becoming a Canadian citizen. Ishaq says she has no problem removing her veil in a private setting to verify her identity. In fact, she says she has already done so on several occasions.

“I have never refused,” Ishaq said in the CBC interview. “I will go for the identity purpose and I will unveil myself to show my identity for security reasons as well. But there is no point of unveiling myself in front of the public in the ceremony.”

Certain politicians do not agree. And in the run-up to this month’s national election, they have taken dead aim at the niqab.

“Canadians are profoundly attached to their citizenship and its values,” said Chris Alexander, Canada’s Immigration Minister. “They want that citizenship to be protected. They want those joining the Canadian family to follow the rules that have existed for a long time.”

“I think that it’s completely wrong-headed to associate the niqab with Islam. The niqab represents a medieval tribal custom that reflects a misogynistic view of women. It is not a religious obligation in Islam,” said Jason Kenney.

Kenney and Alexander are members of the Conservative Party, along with Prime Minister Stephen Harper. The party has talked about banning the niqab for all civil servants, just as France has done. Party officials also say they would consider setting up a hotline for the public to report suspected incidents of “barbaric cultural practices.”

Harper’s critics say it’s all just dirty politics, at the expense of Muslims. But Harper counters that his party’s policies reflect public sentiment in Canada. The prime minister said the policies on the niqab are “supported by an overwhelming majority of Canadians of all backgrounds. The other parties have created a difficulty for themselves by taking positions that are simply out of step with the values of Canadians.”

The Canadian courts have sided with Zunera Ishaq. After winning her legal battle, Ishaq was able to take her citizenship oath — wearing her niqab — on Friday afternoon outside of Toronto. "Thank you so much for honoring me here today," she said.

Ishaq told the CBC that people should understand that for her, wearing the veil is something that she decided to do on her own.

“This is very personal choice of me. And I am very comfortable with this and I am not oppressed at all,” she said.

Ishaq said she knows that not all Muslims agree about wearing the niqab. Some of her own relatives were irritated about her decision to wear one, she added. Ishaq, who has four sons, was asked if she had a daughter, would she make her daughter wear the niqab?

She certainly would not force her daughter to wear the niqab, Ishaq said. She would simply say that she has decided to wear one herself because she considers it to be a religious duty, even if Canada’s prime minister wants her to remove it.

The niqab question has not sparked the same kind of national debate in the United States. But several states have banned the niqab in specific situations, such as getting a driver’s license photo. In 2009, President Barack Obama warned of the dangers of limiting certain religious freedoms in a landmark speech in Cairo.

“It is important for Western countries to avoid impeding Muslim citizens from practicing religion as they see fit — for instance, by dictating what clothes a Muslim woman should wear,” Obama said.

Ishaq is one of only two Canadian women to refuse to take part in the citizenship ceremony without a face veil. By one estimate, there could be as many 100 Muslim women each year, out of a total of 160,000, who would choose to wear the niqab while taking the public oath to become a Canadian citizen.

This does not come as a surprise to Shireen Ahmed, who’s Muslim and a women’s sports activist in Toronto. “A lot of the women that do wear niqab, the ones that I know, were born and raised in Canada. They’re Toronto Maple Leafs fans.”

Ahmed says the niqab issue, as portrayed in this cartoon, is being raised by conservative politicians as a distraction. And she finds it troubling that people are talking about putting limits on the freedom of Muslim women to choose what they want to wear.

“Canada’s a place where you can practice your faith as you see fit,” Ahmed says. “I support all of their choices, whether they want to wear a bikini, a burkini, or a niqab. It doesn’t matter. In Canada, it is absolutely their right.”