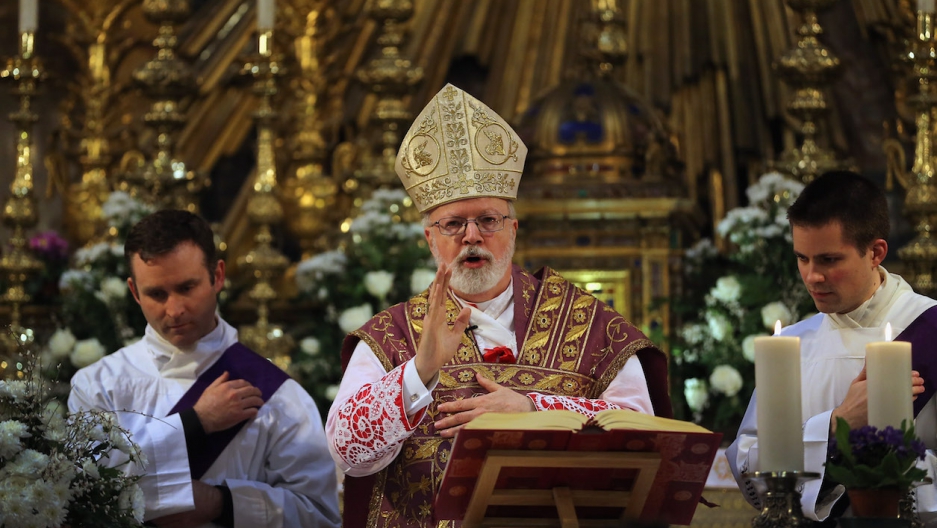 RIO DE JANEIRO, Brazil — A recent GlobalPost investigation found that Catholic priests accused of sexually abusing children in the United States and Europe were able to escape accountability by transferring to South America, where they continue to work as priests.

While the abuse crisis has led to more stringent scrutiny of priests in the United States and Europe, in less developed parts of the world, media and law enforcement investigations of priests are relatively rare. Advocates for church sex abuse survivors say problem priests are taking advantage of this by transferring to remote locations in the developing world, to secure impunity and ensure they can continue working for the church.

Among the questions raised by our investigation were:

Here are three steps to understanding how priest transfers work in the Catholic Church.

1. Relocation depends on whether priests belong to a diocese or a religious order

Every Catholic priest on Earth falls into one of these two categories. 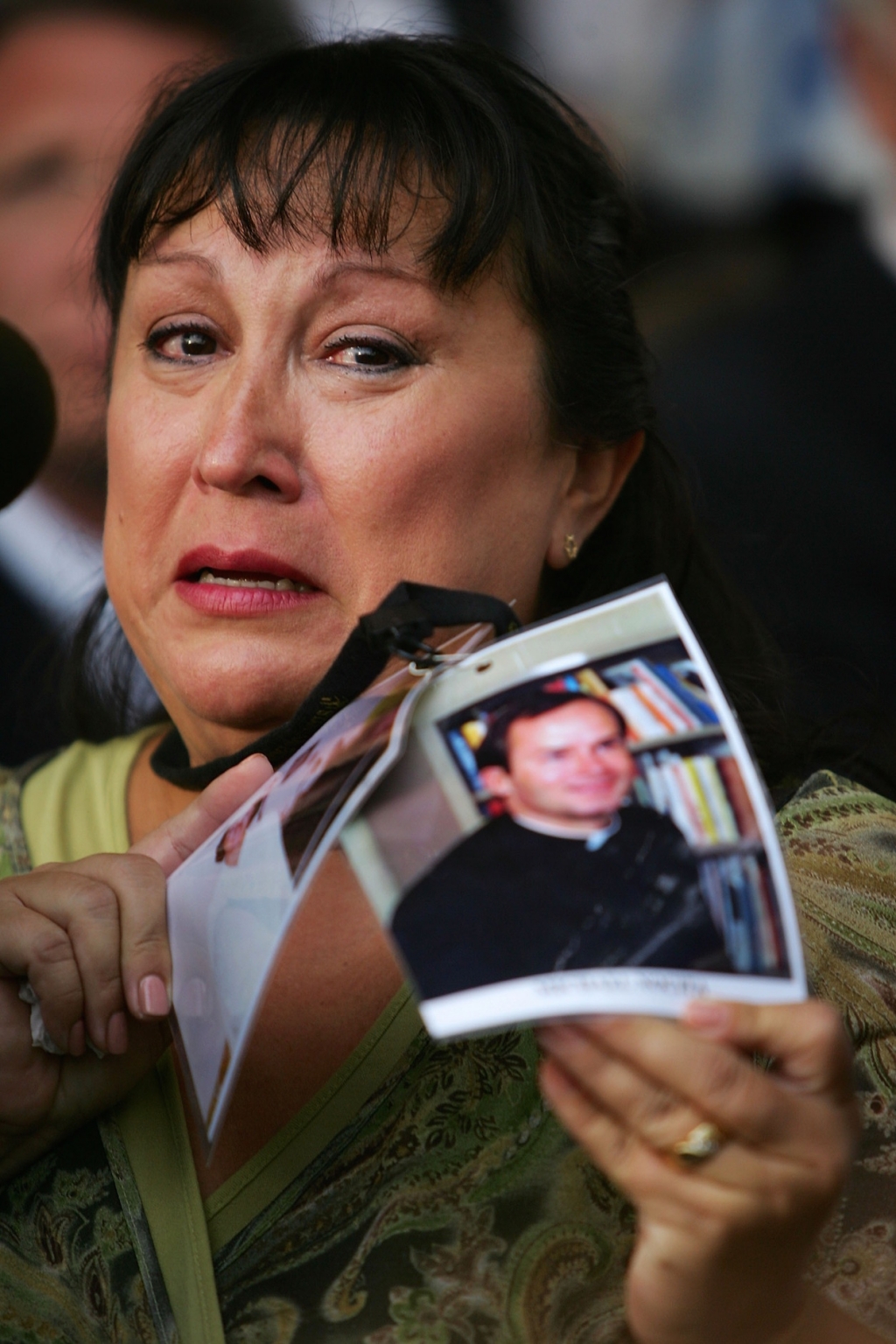 Esther Miller holds a photo of Father Michael Nocita, the priest who allegedly abused her, at a press conference outside the Los Angeles County Courthouse where a judge approved a record $660 million settlement between the Archdiocese of Los Angeles and sexual abuse victims, on July 16, 2007.

Diocesan priests are geographically organized. They work for an ecclesiastical district known as a diocese, if it’s overseen by a bishop, or an archdiocese (led by an archbishop). They were either "ordained" (given their holy orders) at that specific diocese, or they transferred there and were "incardinated" there (more on this in a minute.)

Religious order priests, in contrast, work for a brotherhood that follows a specific religious philosophy, like the Franciscans or the Dominicans. Franciscans, for example, concentrate on helping the poor.

Religious orders, of which there are hundreds, are often scattered around the globe.

Patrick Wall, a victim’s advocate and former priest who wrote a book on the Catholic sex abuse crisis, estimates that 60 percent of Catholic priests are diocesan and 40 percent belong to religious orders.

To change dioceses, canon law requires diocesan priests to officially apply for and get permission from the local bishop. This is called "excardination." Similarly, a diocesan priest must get permission to transfer from the bishop at the diocese he’s moving to — known as incardination. This official process should, in theory, apply every time a priest changes dioceses.

But as Wall (himself a former Benedictine monk) explained, the process of transferring internationally is often a lot less onerous for religious order priests. Large religious orders, like the Franciscans or Jesuits, essentially have “bases” all over the world that priests can be transferred among without the need to forge a relationship with a foreign diocese, Wall said.

“It’s an easy transition. Religious order guys can be moved a lot simpler, with a lot less formality,” he said. “It’s simply an assignment. It looks normal.”

Since 1994, however, religious order priests transferring in the United States must also get permission from the bishop or archbishop who oversees the diocese they’re moving into, said Nicholas Cafardi, a professor of law at Duquesne University. Cafardi said the religious order must also provide the diocese with a “clean bill of health” for the incoming priest.

So far, however, this protocol — which grew out of the church sex abuse scandal — only applies to the United States.

3. In practice, priests and bishops sometimes just ignore the rules

While the official process for transferring priests is pretty cut and dried, the reality is that in remote corners of the vast Catholic Church, priests and bishops often just ignore the rules.

Tom Doyle, a priest and canon lawyer, cited multiple cases where allegedly sexually abusive priests have been allowed to transfer simply by showing up at a new, friendly diocese and asking to be given “faculties” to work there.

There are examples of this in GlobalPost’s own reporting.

Problem priest Carlos Urrutigoity, for example, arrived in a new diocese in Ciudad del Este, Paraguay, under a storm of controversy. His previous diocese of Scranton, Pennsylvania had paid out hundreds of thousands of dollars to alleged victims of sexual abuse by Urrutigoity. In a statement last year, the diocese of Scranton claimed it had warned the bishop of Ciudad del Este repeatedly about Urrutigoity. The statement reads:

“[Then Bishop of Scranton] Bishop Martino clearly expressed his reservations concerning Father Urrutigoity, who was identified as posing a serious threat to young people. Bishop Martino also carefully and consistently expressed his grave doubts about this cleric’s suitability for priestly ministry and cautioned the Bishop of the Diocese of Ciudad del Este, Paraguay to not allow Father Urrutigoity to incardinate into his diocese. Despite these serious cautions, Bishop Rogelio Livieres informed the Diocese of Scranton that he was allowing Father Urrutigoity to incardinate into his Paraguay diocese.”

Similarly, Father Paul Madden, who has admitted to abusing a 13-year-old boy, resigned from the diocese of Jackson, Mississippi in 2002, according to a diocese statement released in the wake of our investigation. However, Madden immediately transferred to the diocese of Chimbote, Peru, where we found him celebrating mass some 13 years later. 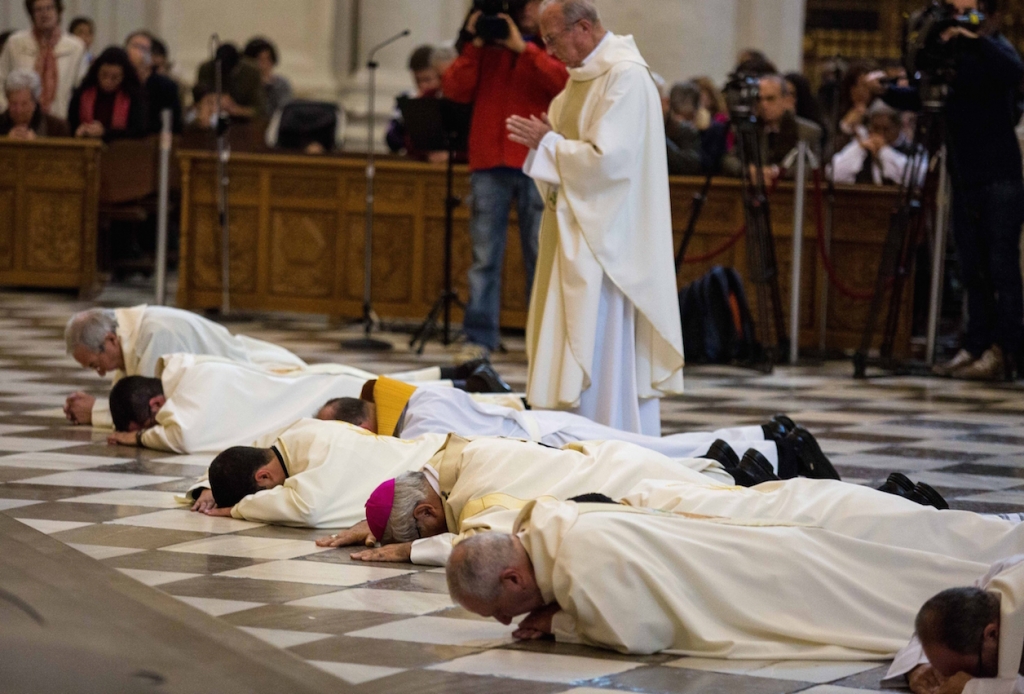 A picture taken on November 23, 2014 shows archbishop of Granada Francisco Javier Martinez (3rdR) prostrating himself on the floor past other priests at the city's cathedral during a mass in a gesture of apology to victims of abuse.

The practice of dioceses simply accepting priests who have been dismissed from others for misconduct is disturbingly prevalent, said Doyle, who added that it goes directly against the teachings of the church. He explained that church rules concerning transfers of priests are based on the needs of the people. Latin America, in particular, has experienced a lack of priests in previous years, he said.

“So, for example, the reason a bishop up here would allow a priest to go down to Latin America is to serve those people — to help them,” Doyle said. “What’s contradictory about what’s going on now is that the transfers of these sexually abusing priests has nothing to do with serving the people of the other dioceses, but has everything to do with protecting the bishop who’s sending the priest.”

Doyle added, “You can get away with ignoring any of the rules, and it happens, especially in Latin America and Sub-Saharan Africa.”