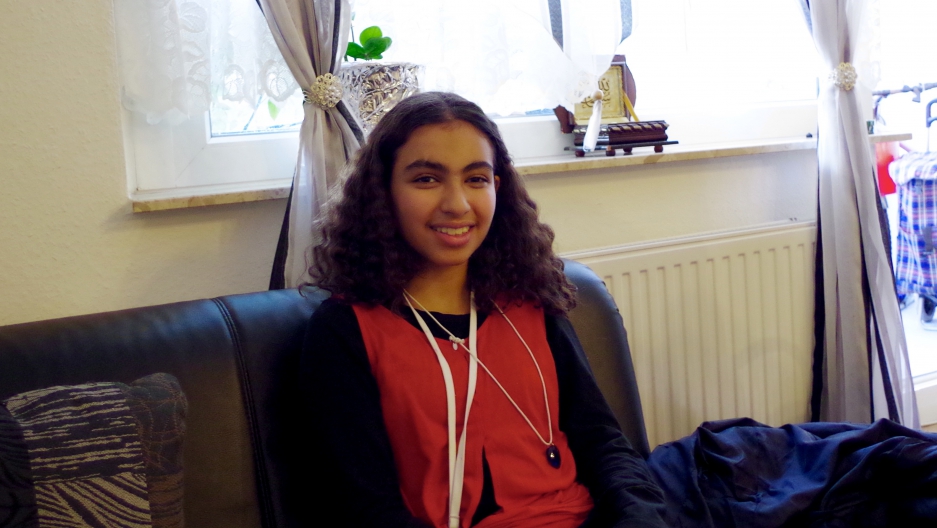 ROSTOCK, Germany — At this very moment, tens of thousands of refugees and migrants are making their way across Europe to Germany.

That they are doing so is due in no small part to the words and actions of German Chancellor Angela Merkel, who opened Germany’s door to refugees fleeing war and, in the process, dragged Europe along with her.

“If Europe fails on the question of refugees, it won’t be the Europe we wished for,” she said at the end of August, even as record numbers were making their way to Germany’s borders. Her speech was described as a “dramatic call to arms.”

But it wasn’t always this way. Little more than a month earlier, Merkel’s stance toward refugees seemed far more indifferent. One incident in particular stood out.

In mid-July, Merkel took part in a televised question and answer session with local students in the northern town of Rostock. Sitting in the front row was 14-year-old Reem Sahwil, a Palestinian refugee who arrived in Germany four years ago from Lebanon with her family.

Facing the German chancellor from her seat, she spoke into a microphone in fluent German.

“I would like to go to university. It's really very hard to watch how other people can enjoy life and you yourself can't. I don't know what my future will bring,” Reem said.

Months later at her home in an apartment block on the outskirts of Rostock, Reem recounts how she had to steel herself for that moment. She nearly didn’t speak up at all.

Reem's family, facing deportation, had been waiting years to have their asylum application approved. As the cameras rolled, she told the German leader her sadness at not being able to plan for her future because of that uncertainty.

Merkel replied: “I understand what you are saying, nonetheless politics is hard sometimes. There are thousands and thousands more in the Palestinian refugee camps in Lebanon. And if we say ‘you can all come here,’ ‘you can all come over from Africa,’ we can’t cope with that.”

At that, Reem quietly burst into tears. Merkel tried to comfort her by patting her shoulder as she wept. Critics called the response heartless and cold — but Reem says she appreciated Merkel’s honesty.

“She is a very nice person,” the teenager says now. “I was just worried.”

The video of Reem’s encounter with Merkel went viral. Twitter reacted with the hashtag #MarkelStreichelt (“Merkel Strokes”), mocking the chancellor’s awkward attempt to console the teenager. The idea that Reem could be deported was hard to swallow for many: here was a bright young girl who had learned the language, excelled at school (she was the only student in her class this year to receive the highest grade), and wanted to build a life in Germany. Refugee policy became the No. 1 topic of national debate.

Merkel took a beating in the press, not all of which was fair. Even in July, Germany had taken in more refugees than any other European country. In the first half of 2015 it received as many asylum applications as it did in all of 2014 — around 180,000.

Looking back now, it’s fair to say the incident marked something of a turning point. Even though she and her family had not been part of the most recent wave of refugees flowing into Europe from Syria and Iraq, Reem became a symbol of the crisis, the human face of a story otherwise dominated by numbers.

For Reem and her family, the moment with Merkel changed everything.

“Of course the meeting changed our lives,” says her father, Atif. “At first, we were threatened with being sent back [to Lebanon], which would have been terrible.”

A period of uncertainty

Reem met Merkel just as the refugee influx into Europe was gathering pace. The next two weeks would prove decisive in shaping Germany’s policy toward refugees, and Europe’s too.

At the time, Germany was anticipating that asylum applications could reach 450,000 by the end of 2015. Just a few days after her discussion with Reem, Merkel was informed by her Interior Minister Thomas de Maizière that the true number would likely be closer to 800,000.

In Heidenau, a town near Dresden, far-right protests erupted against the opening of a refugee center in the town. Then on Aug. 26, two refugee centers were attacked.

Merkel made a decision that would change everything, effectively opening Germany’s doors to all Syrians.

Merkel made a decision that would change everything. In the face of growing pressure from the right, increasing numbers of refugees arriving every day, and a divided Europe, Germany quietly suspended the deportation of Syrians under the Dublin Agreement — an EU treaty that stipulates asylum seekers must be returned to whichever European country they first entered. The decision effectively opened Germany’s doors to all Syrians.

It was a busy couple of weeks for Merkel, but things were by no means quiet for Reem. During this turbulent time, her family still wasn’t sure if they’d be allowed to stay. The mayor of Rostock, Roland Methling, promised to re-examine Reem’s case “very carefully,” but the situation was precarious.

Journalists were arriving at her home on a daily basis, seeking interviews with the teenager.

“It was very stressful,” she says. “It took up a lot of my time,” she adds, time she would have preferred to spend studying. 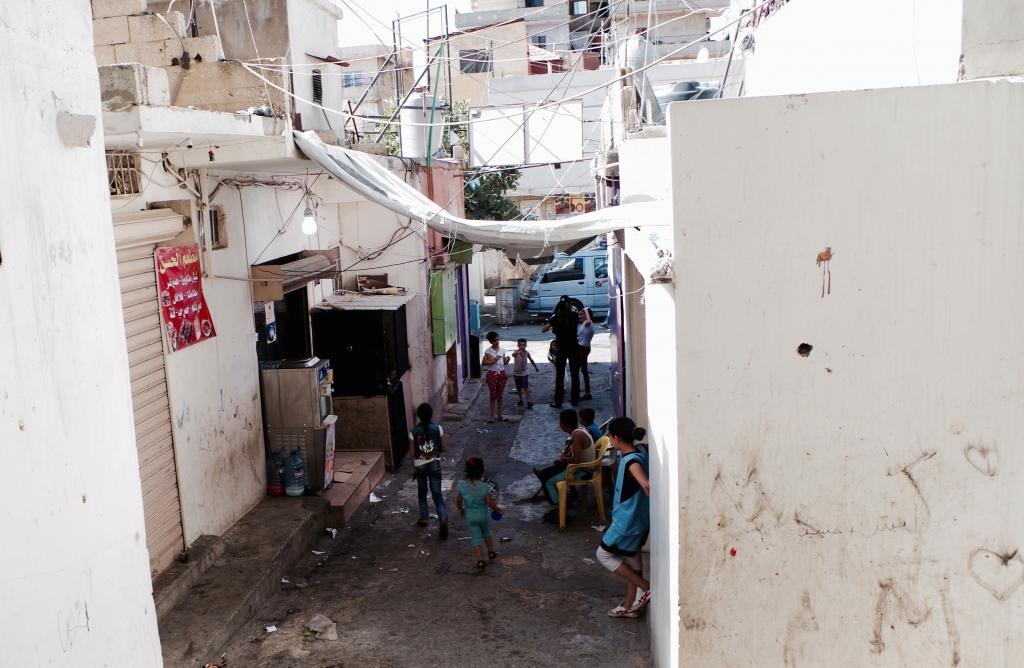 Then things started to happen. Eventually, the family was awarded a residency permit.

Though it was Reem's upsetting moment that catalyzed so much debate, her family considers themselves among the lucky ones. Many refugees desperate for a secure home are still looking for one.

“We are thankful to the mayor of Rostock and to Angela Merkel,” says Atif. “We consider Germany our country and we want to work for it.”

These days, Reem is focused — very focused — on finishing her studies. Going to college would be a dream, she says, but she doesn’t know yet what she wants to study.

She adores her school, and describes it as “a second home.” Her favorite subjects are English and German, “but I don’t like math.”

“I have many friends, and a very nice teacher. I’m learning a lot there.”

Other than that, she’s just like any other teenage girl. She listens to music, “in Arabic, English and German.” Lebanese pop star Nancy Ajram is a favorite.

Reem and her brother are the only two refugees in their school, but that might not be true for long. Reem has made friends with two Syrian girls who recently arrived in the town. She has been teaching them German in her spare time.

“It’s very sad,” she says of the tens of thousands of refugees making their way across Europe.

“They are just like everyone else,” says Atif. “What we are seeing is a result of war. Our people are in very difficult circumstances.”