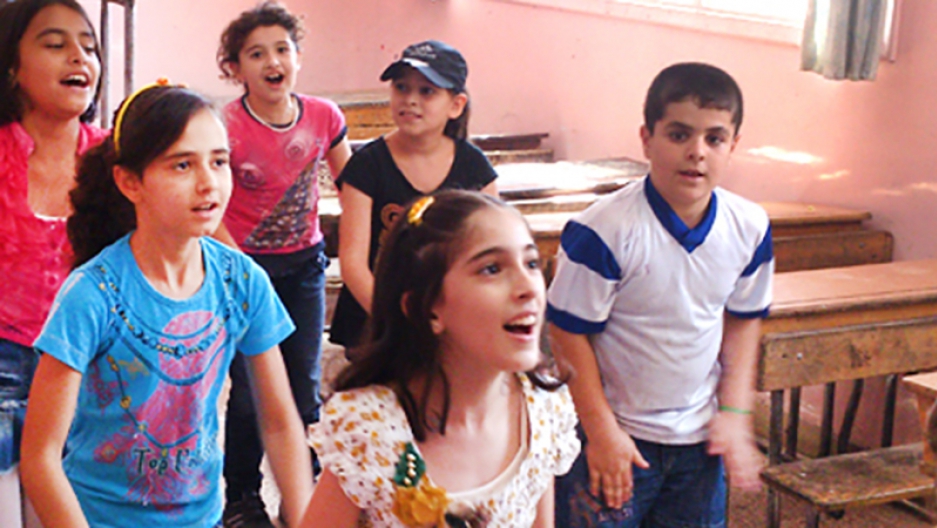 Roy Moussalli is a soft-spoken, unassuming man who has one of the most difficult and dangerous jobs in the world. The 59-year-old runs a relief operation in Syria as part of the nonprofit Questscope, some 300 staff and 1,300 volunteers. He spends much of his time in Aleppo, site of some of the bloody four-year civil war’s fiercest fighting.

Life there, he says, don’t necessarily revolve around the periodic fall of rockets and barrel bombs, as much it does around access to bare necessities. When the water is running, it’s time to do the laundry. When there is electricity, you cook. The presence of war is constant, but people make do. They try to keep moving.

“So when there is water or electricity, you just stop everything and you rush to do what you need to do. Your laundry. Your stuff,” he says. “But basically, life goes on as much as possible. Most of the schools, or many of the schools, have been destroyed, but many more are still in action ... and if people have work they go to work when they can. There is still the possibility of bombs or rockets that fall on your head. In Aleppo, this is part of everyday life. But still, people continue as much as possible.

And while the Syrian refugee crisis has been in the spotlight recently, the situation is even worse inside the country. While about four million Syrians have fled across the border, another 7.6 million have been “internally displaced,” or made homeless because of the conflict.

One of Moussalli's jobs is to help take care of them. Questscope helps provide services and housing for internally displaced Syrians in about 100 locations throughout the country. Many are housed in schools, with two or three families to a classroom. In some cases, when the schools are full, people are housed in unfinished apartment buildings — gray blocks of cinder and concrete with roof and floors, but not much else. 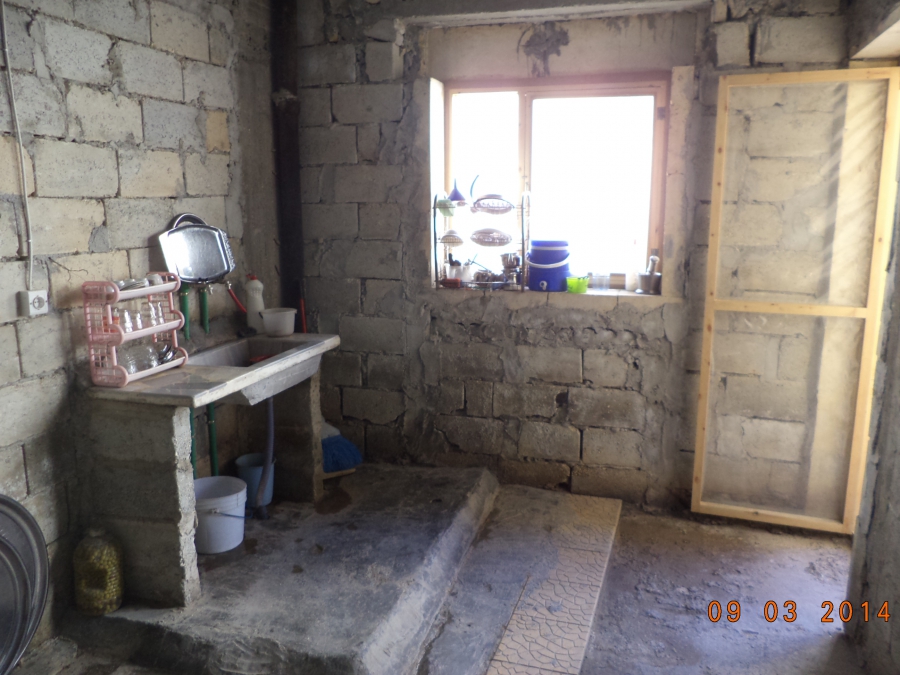 “We would put some partitions so you can have some privacy, and give people their dignity, but the partitions are made of plastic sheeting and cardboard, so if you get into an argument with your wife, then everyone would be aware of this. So this is part of everyday life. They share showers and each one will do his cooking in his room.”

A former engineer, Moussalli started working with Questscope in 2002, before the conflict, when it was focused on marginalized and disabled youth in Syria, but its mission has shifted and expanded since the war broke out in 2011. They provide services for refugees and vulnerable youth in Jordan, in addition to the work they do in Syria.

Questscope uses a community building philosophy in the shelters it operates. There is a youth mentorship program in which older youths mentor their younger peers. A woman's cooking class takes a similar approach. Their goal is to always have the projects be driven by the participants: a Quescope youth center for Syrian refugees in Jordan was designed with input from the refugees themselves, for instance.

This method can help the often traumatized residents rebuild self-esteem and establish a sense of purpose, Moussalli says.

It also encourages people who are often of different sects or ethnic backgrounds to work together. Questscope takes in everyone — Alawites, Sunnis, Kurds — and Moussalli says the only areas of the country they don’t have a presence in are those under the control of ISIS or al-Qaeda affiliates, which maintain themselves as the only service provider in the areas they control.

Questscope is able to reach so many people — about 200,000, he says — because they don’t take sides.

“It is very difficult to be neutral in situations like this, and people tend not to be neutral. Be when it comes to human suffering, then everybody is the same. Everybody wants to be out of that situation. If we focus on the needs of the people, on their brokenness, then we all discover that we are all the same. People are like: we are broken, we look like each other and we need to help each other." 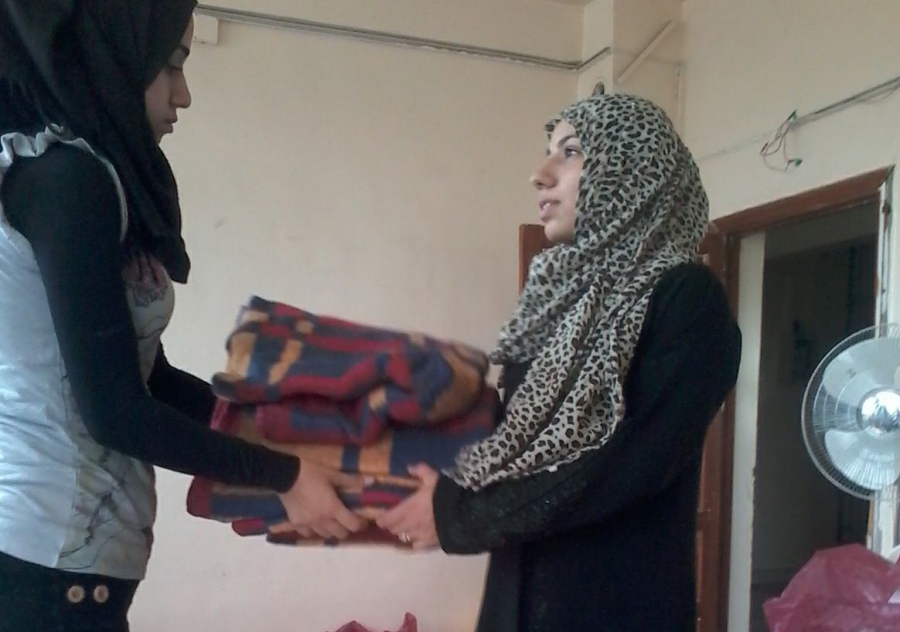 A Questscope volunteer gives a blanket to a woman who fled her home near the Syrian city of Hama after fighting there earlier this year.

Moussalli isn’t optimistic about the short-term prospects for peace in Syria. “We can’t see the light at the end of the tunnel, but we know it’s there,” he says. But seeing the progress of the people in the shelters inspires him. And so does the work of all of Questscope Syrian volunteers who, by the nature of their work, often risk their lives to help people in need, whatever their religious or ethnic affiliations.

It’s not the Syria we see in the media, but it’s the Syria that Moussalli refuses to give up on. 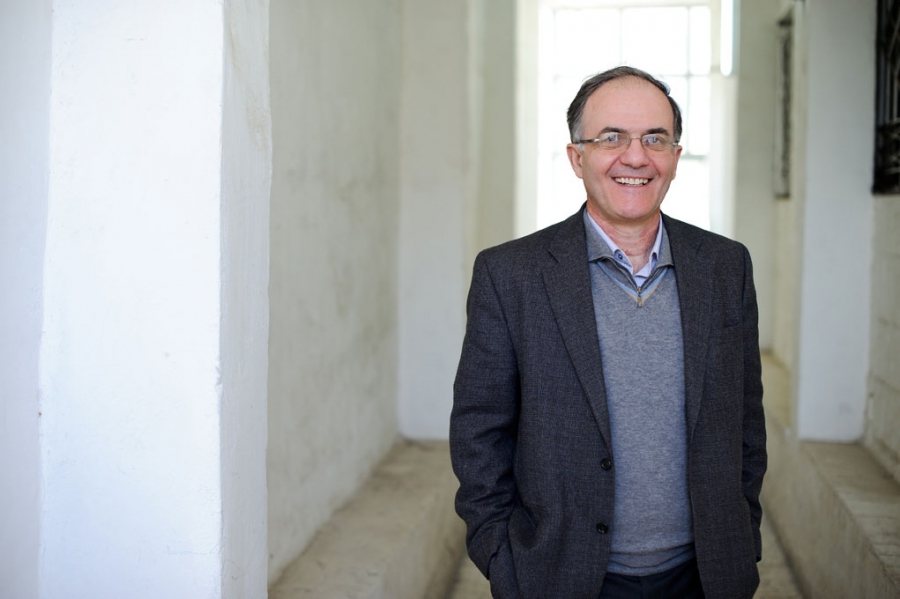