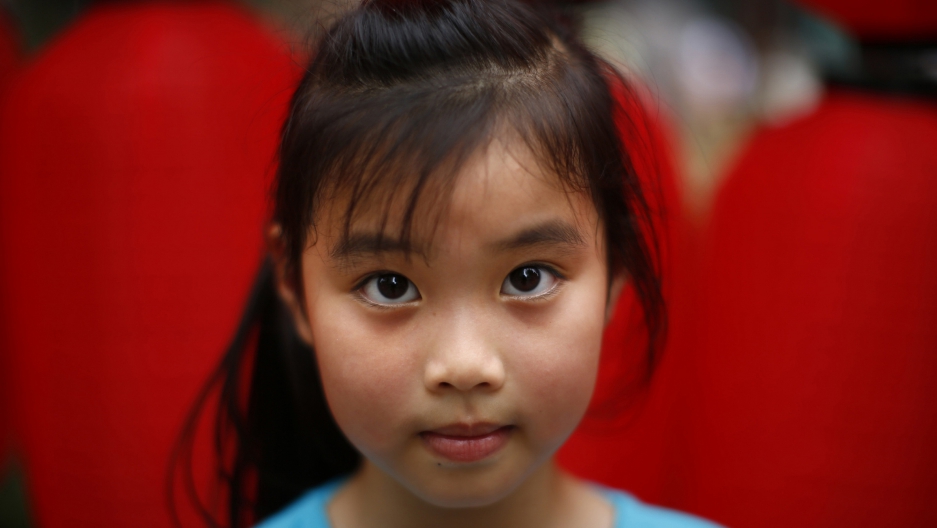 Liang Xiao, born in 2007, poses during an interview with Reuters in Shanghai. Reuters photographer Carlos Barria photographed a person born in each year China's one child policy has been in effect; from a man born in 1979, to a baby born in 2014, and asked them if they would have like to have siblings. China, the world's most populous country with nearly 1.4 billion people, says the country's one-child policy has averted 400 million births since 1980, saving scarce food resources and helping to pull families out of poverty.

In 1979, China enacted a policy that severely curtailed the number of children parents could have. And while it wasn't strictly one child per woman, it has become universally known as the one-child policy.

Slowing down population growth was the plan. And the policy worked. China’s birthrate plummeted to 1.6 births per woman, a birth rate so low that it may stunt the country’s economic growth.

Sunny Yang is part of the generation of only-children. She was born in 1983 and lives in Beijing. She was pleasantly surpised by this recent news.

"I'm very happy about the new change. I think it shows our country is more open than before, and I think the policymakers can keep pace with the times. So I'm really happy," says Yang.

And judging by her friends' posts on the social media app WeChat, Yang is not alone in her excitment at this new decision.

"For example one female friend in her 30s wrote, 'Great! I want to find a way to have twins.'"

As a kid, Yang says, she loved being an only child.

“When I was a kid I enjoyed it because nobody could grab my food or candy. I could enjoy everything,” says Yang.

Coming of age, and especially after entering university, her feelings about her role as the only daughter changed. That extra candy and attention as a child quickly translated to hyper-attention and pressure on her as a young adult. This put a strain on the relationship with her parents.

“I had more conflicts with my parents, especially my mother,” she says.

Yang was far from alone. About 90 percent of her classmates were only children, she says.

“The whole generation, [we’re] the same. This policy influenced a generation ... and everyone just gets used to it and thinks it’s OK,” says Yang.

In fact, says Yang, many of her peers actually do not want to have more than one child. Life in the big cities like Beijing and Shanghai is expensive. Though Yang and her husband intend to have a second child, because of the expense of living in Beijing, that's something they have put on hold.

But financial pressures aren't just about adding another child to the family. As Yang's parents age, she worries about how she and her husband will be able to care for their four parents. “It is a lot of pressure for a single child like me. My husband and I must take care of our parents. Now they are still healthy, but when they grow older, it’s our duty, we must do it,” Yang explains.

But for Yang, the advantages of having more than one child far outweigh the negatives. She has one son of her own and thinking about the pressures that she feels as the only daughter has made her want to have a second child.

“My father said during the great famine in the 1960s [all they had] was carrot and potato. So he said, ‘I think you’re happier than me,’” Yang adds.

She doesn’t think so. Today, she watches her parents with their siblings, laughing and joking at big family occasions.

“He has brothers and sisters at every party and gatherings. They laugh loudly and really enjoy their close relationship. I really envy them,” she says.

Listen to the updated interview here.