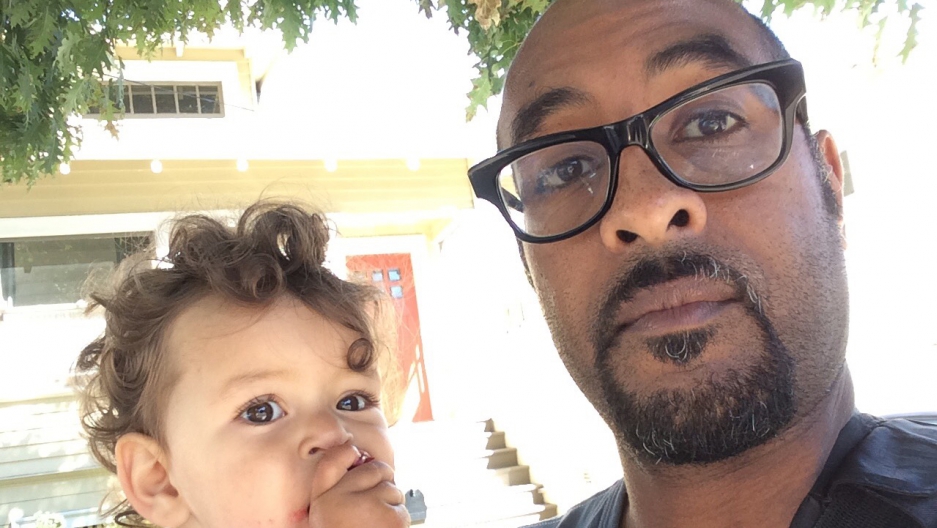 Mohamed Awad Elhassan hopes to introduce his daughter, Sameira, to STEM fields when she's older, but wonders what kind of stereotypes she'll face because of her name and appearance.

Motasim Elhassan is a Sudanese American semiconductor engineer in Sacramento. Elhassan says he cried when he first heard the news about the Sudanese American teenager in Texas, Ahmed Mohamed, who was detained for bringing a digital clock he made to school.

“I was surprised it hit me that hard actually."

Elhassan says it’s probably because his 20-month-old son is also named Ahmed. He’s also a Sudanese Muslim boy in America, and already loves electronics like daddy. And Ahmed Mohamed’s story of being falsely accused of making a bomb jolted him awake to how society may see his son when he’s a little older.

“The first thing you see is a black kid. Then you learn about his name,” Elhassan says.

He adds that being black in America, and being Muslim after September 11 potentially raises uncomfortable questions about certain professions, like pilot or engineer.

“Is there going to be a limit or red line depending on your religious background; you’re not going to be able to get into that field?” he asks.

Another Sudanese American scientist, Mohamed Awad Elhassan (no relation), knows that feeling. He’s a senior device engineer in Oakland. And he also worries about his daughter, Sameira, who’s just a year old.

“Both her mother and I want to introduce her to STEM fields throughout her life. But even beyond that, I just wonder how she will be perceived, what stereotypes she will have applied to her because of her name and appearance,” Mohamed Elhassan says.

“It makes me so incredibly sad to think that the place I moved to because I thought she could grow up and be judged on her own merits may be sliding towards the same awfulness as in the 'old world.'"

Mohamed Elhassan adds that the Texas teenager, whose tinkering got him in trouble at school, reminds him of himself when he was younger.

“I had that insatiable desire to learn how things worked and got excited when I did. That's the part that really got me: he was so obviously proud that he'd figured out something and wanted to share that with his teachers and schoolmates.”

Many have wondered if Ahmed Mohamed would have been suspected of bringing a bomb to school, had he been white or Asian, instead of African American with an Arabic name. Mohamed Elhassan says probably not.

“My mind went to the young [white] fellow who was trying to build a fusion reactor in his garage and would order nuclear material. That kid isn't in jail; he's not getting humiliated and hauled off in cuffs in front of his colleagues and teachers.”

Mohamed Elhassan says the quotes in the news stories from the teachers and the police in Texas only reinforced his certainty that it wasn't just the clock. “It was the black Muslim boy with the clock that was the problem.” 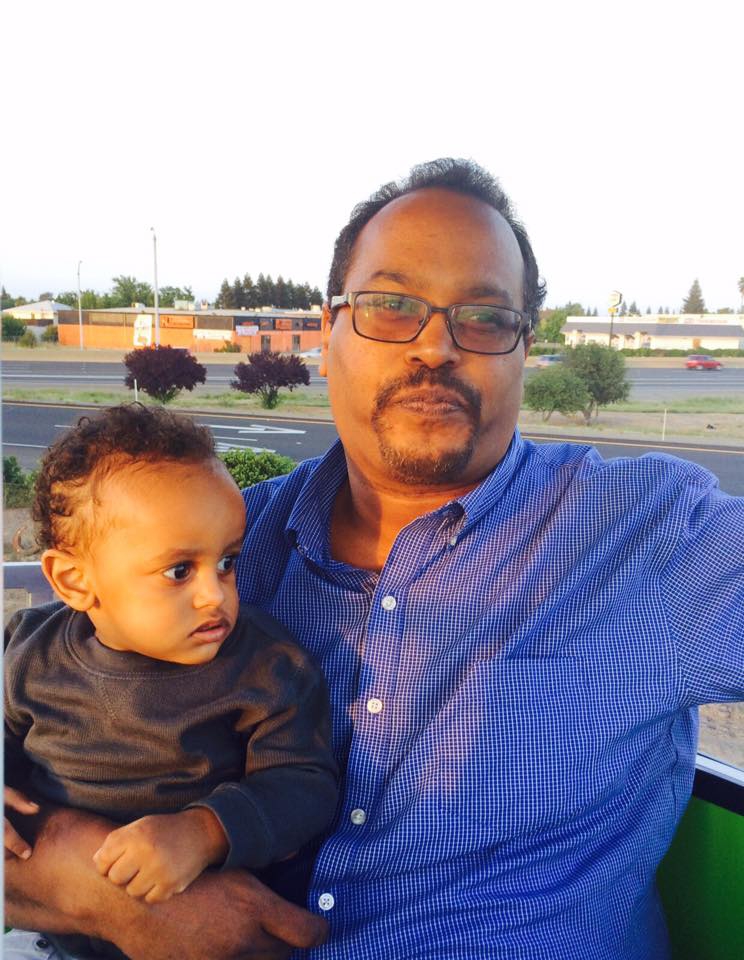 Part of the problem, says Motasim Elhassan, is that the common perception in the US is that the smart science nerd is white or Asian or South Asian — not black. And as a black engineer, he admits there’s some truth to that.

“I’ve been in this industry for 18 years,” he says. “I can count on one hand the number of African American engineers I met.”

After the clock story and the hashtag #ISTANDWITHAHMED went viral on social media this week, Sudanese from around the world began online conversations about raising kids in America. It was like a giant online support group, Motasim Elhassan says.

“Technology is amazing! It enabled everybody from every corner to put their two cents [in] and make a difference — your voice along with your community and across the world on the other side of Earth, you can join them. They can feel your emotions, your support.”

Motasim Elhassan was especially heartened by the outpouring of support from leading American figures.

“Seeing the president, the CEOs of Facebook and other companies, I couldn't watch because my eyes were welling with tears.”

To him, it was validation. As an immigrant, what he believed was a great country was still that.

So what will Motasim Elhassan tell his Ahmed as he grows up?

“I’m going to try to basically give him a realistic idea about his situation. He lives in a great country, part of a minority group being a Muslim, being African American, and he has to stand on his own feet. He cannot make excuses — even if he has to work harder than the average person, he needs to do that,” he says. “I’ll try not to scare him.”

Motasim Elhassan goes on to say the success of Sudanese-American boys and girls in the community around his son will inspire him, too.

“We have one kid just joined MIT, a couple in Harvard. It’s amazing,” he says. “The Sudanese American families are doing more than fine. And I'm glad because my son is going to see those examples. When you show the kid that he can do it or she can do it, that's the biggest motivation I think. They see that, and it's all good.”