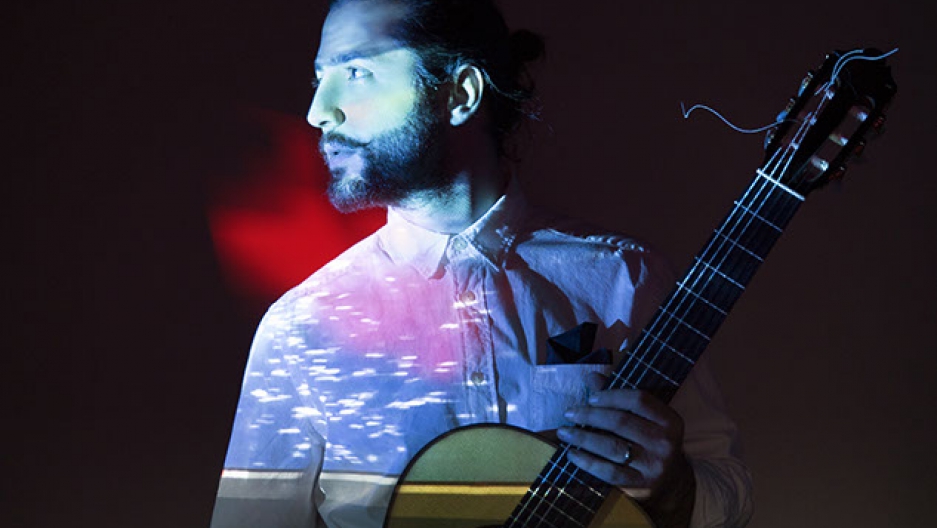 Flamenco guitarist Vahagni was 6 when he and his family landed at the airport in Los Angeles.

"I remember when we got to LAX I was kind of disappointed because I thought we were literally going to land into Disneyland, or something like that," Vahagni recalls. "After a while, I think my first impressions were just constantly having to adapt because I didn’t speak the language. I didn’t know anything about America, I was 6. It was the transitional period that I remember a lot."

Vahagni’s father had been a guitar soloist for the National Philharmonic Orchestra of Armenia. But he had loved flamenco ever since he saw a performance of Paco de Lucía on TV in the early 1980s. He says a flamenco album even played a part in his parents getting together.

“When he met my Mom, she happened to really like the music. So I guess maybe he had too much wine to drink or something, he gifted it to her as a present and then I think the next morning he woke up and said “Jesus, what did I do.” And so he was kind of forced to marry her to get the disc back. That’s the anecdote in the family, that’s how they got together.”

When Vahagni began playing the guitar at the age of nine, he listened to three types of music: classical, Armenian and, of course, flamenco.

“That was the soundtrack of my growing up," he says. "I was already so exposed to it, it was something very normal for me. It wasn’t like a decision I made: ‘Oh, I want to learn more about flamenco and I want to play flamenco.’ It was just, that was part of life from a very young age, it was that music.”

And when he was 18, Vahagni moved to Andalusia to learn from the source. “I got to study with some amazing guitarists. Besides that, just living there, just being there and going out and having a beer in Andalusia, you learn a lot from that as well.”

Last year, Vahagni got a chance to work with the Spanish singer Buika. While they were on tour, he played some Armenian melodies for her. And he asked her to record an Armenian folk song ”Hov Arek Sarer Jan.” The song is on his new album titled Imagined Frequencies, which just came out last week. Looking back at his life and career, Vahagni says he didn’t choose to become a Flamenco guitarist.

He never thought he’d do anything else.