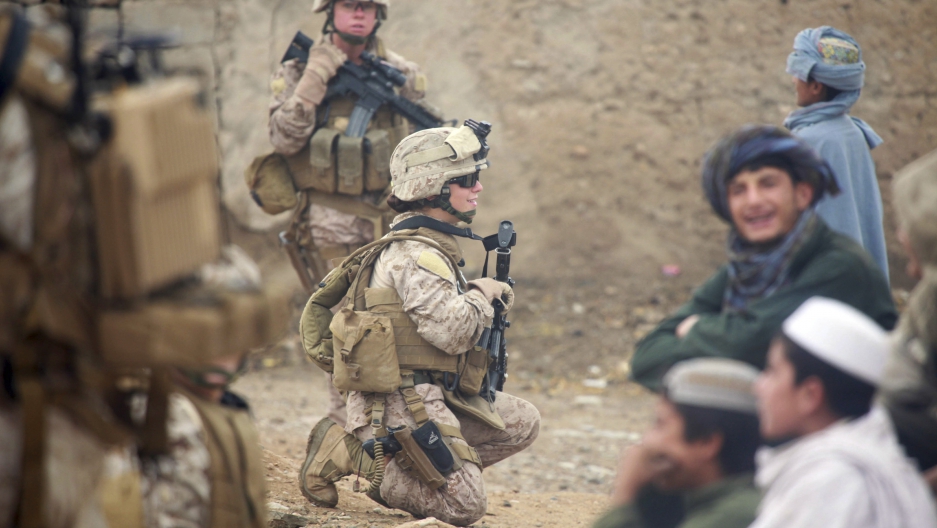 A report released on by the US Marine Corps on Thursday stated that all-male ground combat units are more effective than those that include women.

The report comes just ahead of the mandated gender integration of US combat units that will come next year. The various branches of the armed forces may request an exception to gender integration for certain occupations, by the end of this month.

The summary concluded that all-male combat units performed better on 69 percent of the over 100 tasks that were studied. But only a summary of the report was released, and many military personnel are raising questions about the methodology.

"For decades, women had underperformed in concrete ways compared to their male counterparts and it was just accepted that that would be normal," explains Marine Lt. Col. Kate Germano. "We talk about in the Marine Corps training that we do exactly the same training that the males do. But the problem is that females are such isolated battalions, that they're essentially  given separate but unequal treatment. They're cut off from the male battalions, there's very little, if any, integrated training. And so the females are only ever aware of the minimum standards for female performance."

Germano argues that the standards are so different for men and for women through their entire recruitment and training, that women are set up for failure.

"Physical strength in combat is crucial. But I will tell you that because the women in the study weren't privy to, or subject to, higher standards for physical fitness from day one, they went into the study with a disadvantage. So the question I ask everyone to consider is what would the outcome have been had there been an equal playing field for men and women from day one?"

Furthermore there are questions over what tasks were evaluated by the study. What about decision-making or multitasking skills? "Those issues were not even addressed in the summary," said Germano, "becase the data from the study is not available to the public we don't know how those same categories were considered or weighted."

Germano was a commanding officer at the Fourth Recruit Training Battalion for the Marine Corps Recruit Deopt at Parris Island, South Carolina. She was in charge of training, but was relieved of duty for allegedly pushing female recruits too hard. She says this study is "a parallel experience to read this summary and to reflect back on what I experienced as a commander there. And that’s very unfortunate because the women who participated in the study truly did commit themselves to an incredible test and did very well."

"One of the distinct issues that the Marine Corps has to deal with is the culture," Germano says. "The culture of the Marine Corps is such that many people don’t want women in jobs that aren’t traditionally female, and that's reflected in the comments that are being made on the study."

It's unclear if this study will impact the Marine Corps' pending decision to let women into all combat roles, or to apply for exceptions. But Germano maintains that there is space for women in combat: "If standards and expectations are clear, women will rise to the challenge. And I don't understand why we would close the door today to a qualified and eager woman of tomorrow."