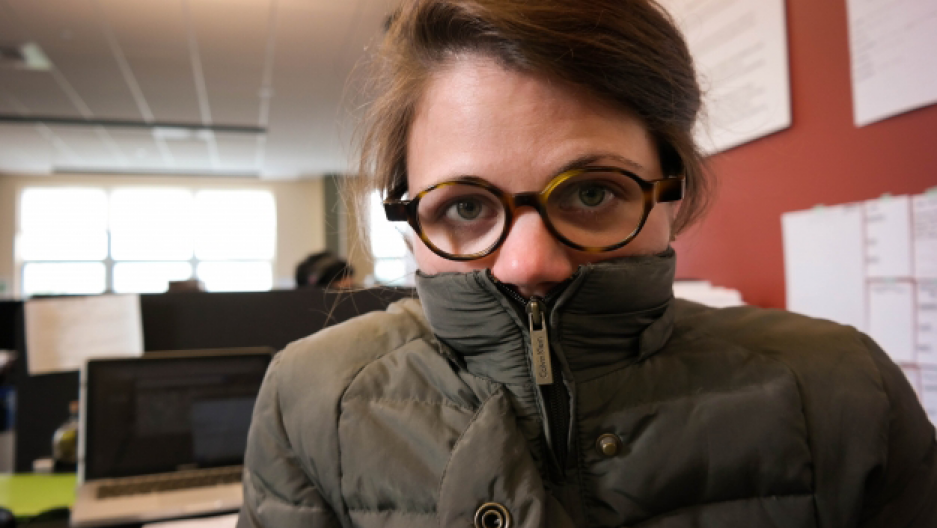 The differences in thermal comfort between men and women in the workplace is a thing. In fact, it is actually the subject of more than 40 years of research by Cornell’s Alan Hedge.

“What that research showed, of course, was that women were experiencing more issues at the temperatures that were then being set in the environment,” Hedge says.

A study recently published in the journal “Nature Climate Change” asserts that this is an issue that has been going on for decades.

“The standards of comfort that have endured since the Depression era are likely based on the metabolic rate of a 40-year-old, 155-pound man,” says Lou Blouin of the Allegheny Front, a public radio program covering environmental issues in Western Pennsylvania.

Many have justified the frigid indoor temperatures at workplaces, saying that the cold increases worker productivity. Hedge’s findings, however, seem to indicate otherwise.

“The average office temperature of 70 degrees in the summer, isn’t really doing anybody much good when it comes to productivity,” Blouin reports.

According to Hedge, when people work in an uncomfortably cool environment — around 68 to 70 degrees Farenheit — they tend to do up to a third less work on their computers than if they’re in a more comfortable environment.

The optimum temperature for getting work done? Something around 76 degrees, according to Hedge.

But indoor office standards in the US are far from the optimal 76 degrees, and all the extra cool air comes with a cost.

“It is crazy,” Jennifer Amann, the buildings program director for the American Council for an Energy-Efficient Economy, “We have folks walking around in fleeces in mid-summer to stay warm in our office. And I know from our personal experience even in our own office space it can be a real issue for morale. It's very hard to keep employees happy when they're uncomfortable physically in their environment.”

“Cooling is one of the largest energy users in commercial buildings, particularly offices,” Amann says, adding, “You could save 2 to 3 [percent] for each degree that you raise the temperature. So going from 70 to 75, or 72 to 77, you would be looking at 10 to 15 percent energy savings just from that one simple measure.”

Amann suggests companies look at changing their office culture in order to adjust indoor temperatures. Some of her ideas include dress codes changing to become more casual and seasonally appropriate, instead of requiring employees to wear suits all summer.

“Just because we have women complaining because they are freezing and men saying ‘I'm OK, I'm comfortable at the lower temperature,’ doesn't mean that the men wouldn't also be more comfortable at a higher set point. So really being able to move forward to that type of an interior temperature could reduce environmental impact, cut energy bills substantially, and help us all be a little bit more comfortable and more productive and happier in our workspaces,” Amann says.