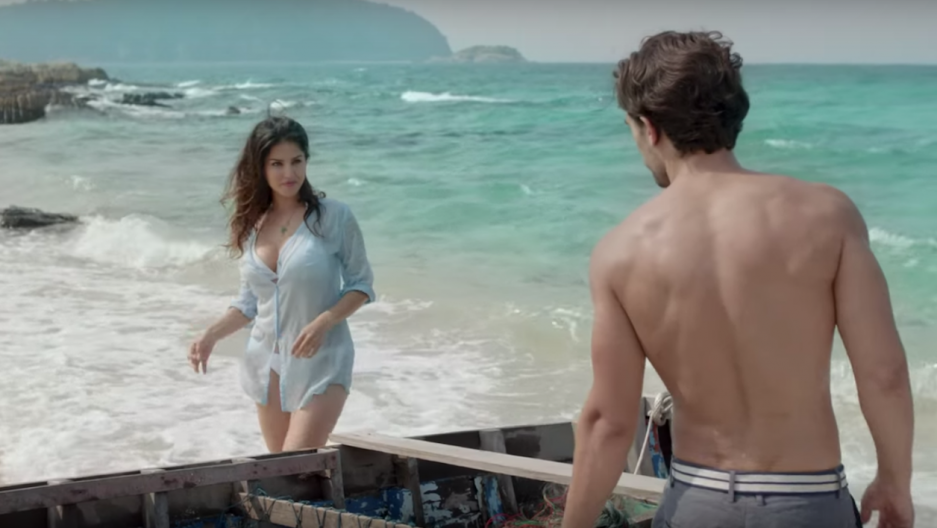 Sunny Leone cavorts on a beach in a condom ad that could—according to an Indian politician—encourage sexual violence.
Share

NEW DELHI, India — What do noodles, condoms, and the West have in common?

All are painfully absurd reasons that a number of Indian leaders have pointed to as explanations for why rape remains such a problem in their country, which became infamous in the world's eyes after a fatal gang rape in December 2012. Indian authorities seem willing to blame just about anything — except for rapists themselves — for the rising rates of sexual violence.

The latest scapegoat for supposedly encouraging immorality and rape is ex-porn star Sunny Leone. A Canadian-Indian by origin, Leone has a massive fan following in India, and has shot to (publicly accepted) fame after appearing in mainstream movies and reality shows in the country. This past week, however, she offended the former chairperson of Delhi Commission for Women Barkha Shukla Singh, who wants a condom advertisement featuring Leone that recently reappeared on Indian television to be banned.

“The shabby, ugly or immoral way the actress seduces or sexually provokes a man in the advertisement to use condoms is nothing but serving immorality and bad practice,” said Singh.

A member of the Communist Party of India took it a step further — blaming the advertisement for inciting men — causing outrage on social media. “It is such a dirty and disgusting advertisement. It develops sexuality, and destroys your sensibility,” said Atul Anjan, claiming that such advertising will provoke harassment and rape.

"Chowmein leads to hormonal imbalance evoking an urge to indulge in such acts."

When men eat meat, strange things — awful things — can happen. At least that is what Vinay Bihari, a state minister, believes. “People who eat more non-vegetarian food like chicken and fish are inclined towards carrying out molestation and rape,” said Bihari last year, claiming that meat leads to a hot temper.

A local leader from the infamous "khap panchayats" — self-declared unconstitutional caste councils which police morality and call for honor killings — had a similar view. “To my understanding, consumption of fast food contributes to [rape],” said Jitender Chhatar, expressing a special prejudice against Chinese food. “Chowmein leads to hormonal imbalance evoking an urge to indulge in such acts.”

Rapid modernization has also been accused for worsening sexual violence in the country. Bihari called for banning students from keeping phones. “Many students misuse mobile phones by watching blue films and hearing obscene songs which pollute their mind,” he said.

"Nobody rapes deliberately, such incidents are just an accident."

Victim-blaming is a classic tactic around the world, but some Indian leaders like to add a special "cultural" twist. Traditional Indian clothes will not incite rape of women, they say, but jeans will.

“Horrific incidents [like the Delhi gang-rape] don’t happen all of a sudden. They happen when the thin line of culture and values are crossed in the name of civilization and development,” said Nischalananda Saraswati, a Hindu religious leader. He blamed the adoption of Western morals and fashion in the country for a change in attitudes towards women.

Other leaders blame city life for rape — despite the fact that statistics show that three out of four rapes take place in rural India. “You go to villages and forests of the country and there will be no such incidents of gang-rape or sex crimes,” Mohan Bhagwat, leader of a Hindu right-wing organization, has said. “They are prevalent in some urban belts.”

"Any woman if, whether married or unmarried, goes along with a man, with or without her consent, should be hanged."

If jeans or city life just can’t be blamed, there’s always the women themselves. Even officials as high-ranking as the minister responsible for law and order in the state of Chattisgarh believes this: “Nobody rapes deliberately, such incidents are just an accident,” Ramsewak Paikra said.

The former chief minister of Uttar Pradesh echoed such views when, in arguing against the death penalty for rapists, he said simply: “Men make mistakes. When their friendship ends, the girl complains she has been raped.”

One politician believed that 90 percent of rapes are consensual. Another former chief minister, Om Prakash Chautala, held women’s sexuality responsible for rapes. “Girls should be married at the age of 16, so that they have their husbands for their sexual needs, and they don’t need to go elsewhere,” he said.

IF you thought it could not possibly get worse, regional politician Abu Azmi will change your mind. Azmi last year said married women who are raped by someone who is not their husband should be hanged for having extramarital sex. “Nothing happens to women, only to men. Even the woman is guilty,” he explained, leaning toward banning sex entirely. “Any woman if, whether married or unmarried, goes along with a man, with or without her consent, should be hanged.”