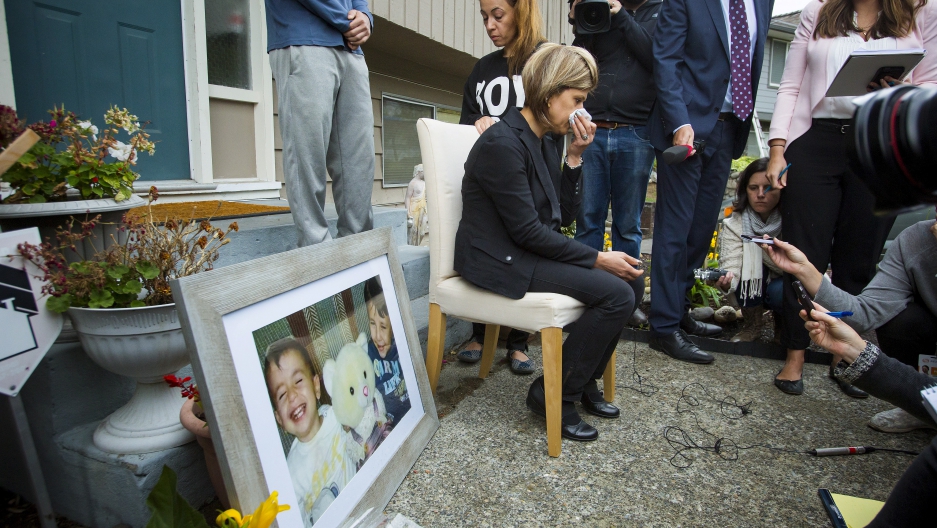 Tima Kurdi — sister of Syrian refugee Abdullah Kurdi, whose sons Alan and Galib and wife Reham were among 12 people who drowned in Turkey trying to reach Greece — cries while speaking to the media outside her home in Coquitlam, British Columbia. A photograph of the tiny body of 3-year-old Alan washed up in the Aegean resort of Bodrum swept the world, spawning sympathy and outrage at the perceived inaction of developed nations in helping refugees.

The image of a Syrian refugee child dead in the surf has startled the world. He drowned while attempting to cross the sea to safety in Europe.

But why are families taking the chance of such a dangerous crossing? The short answer: The dangerous ocean journey is less dangerous than the life they face on land.

Daryl Grisgraber is just back from visiting refugee camps in Jordan. She’s the senior advocate for the Middle East with the non-profit, Refugees International. Grisgraber says there is increasing pressure on people there to move on.

“I’ve been going to Jordan for several years now, and I’ve been watching things develop over that time. And while aspects of the response have improved — people have shelter, for example, and there’s more attention to the refugees who are not inside camps — it is getting worse in the sense that there’s so much less international attention for the Syrian crisis right now, and that includes the refugee situation of course.”

“In addition to that, there’s some donor fatigue,” adds Grisgraber. ”So the agencies that help refugees are having to do a lot more work, because the numbers keep increasing, with roughly the same amount of money, or less. One of the things that we saw just last week was the World Food Program is having cuts worldwide to its funding, and they are increasingly scaling down the rations and the amount of cash assistance available in Jordan, and this was definitely a topic of concern and worry for the refugees in Jordan.”

Those cutbacks are a key factor in motivating people to move on, and risk passage across the sea to Europe.

The US is still the biggest single donor of humanitarian assistance to Syrians. But it has not taken in many refugees since the civil war started in March 2011.

“I believe somewhere between 800 and 900 at this point," says Grisgraber. "Less than 1000 for sure.” She says the main reason is the complexity of US security checks.

The US is committed to taking many more. “The US at some point said they would take 30,000 Syrians. There wasn’t a specific time frame linked to that. But I think that we are committed to something like 8000 in the coming year." 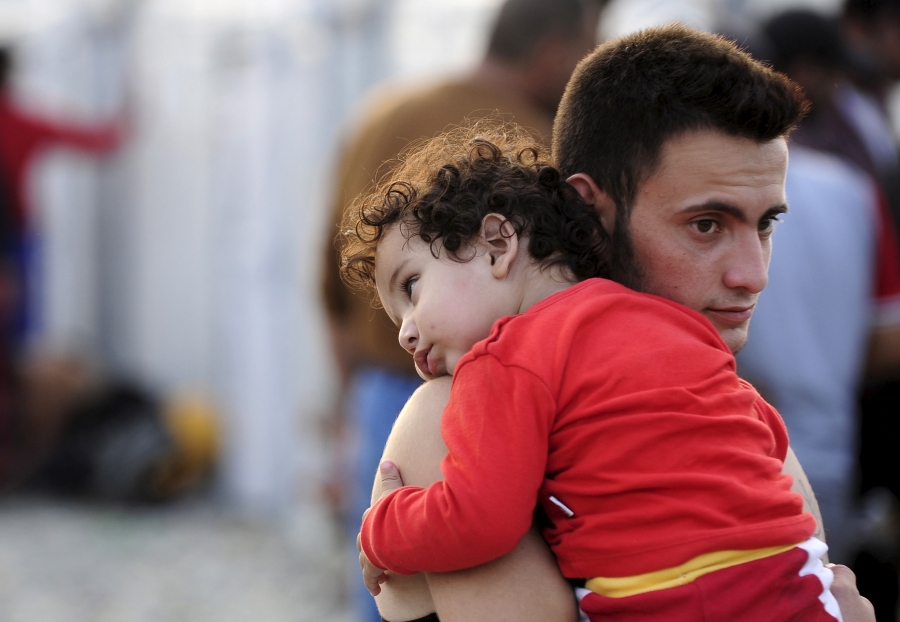 Migrants wait for transport at a transit camp in Gevgelija, Macedonia, after entering the country by crossing the border with Greece, September 23, 2015.

But even that number pales in comparison to the scale of the problem. The UN estimates that half the Syrian population is either a refugee abroad or displaced from their home inside Syria. That’s more than 11,000,000 people.

“I am trying to focus on what’s positive and what works in the system,” says Grisgraber. “But make no mistake, we have not done enough, particularly in regard to resettling refugees. And a lot more needs to be done in terms of resolving the conflict as well; I’m talking about diplomacy, not necessarily military intervention."