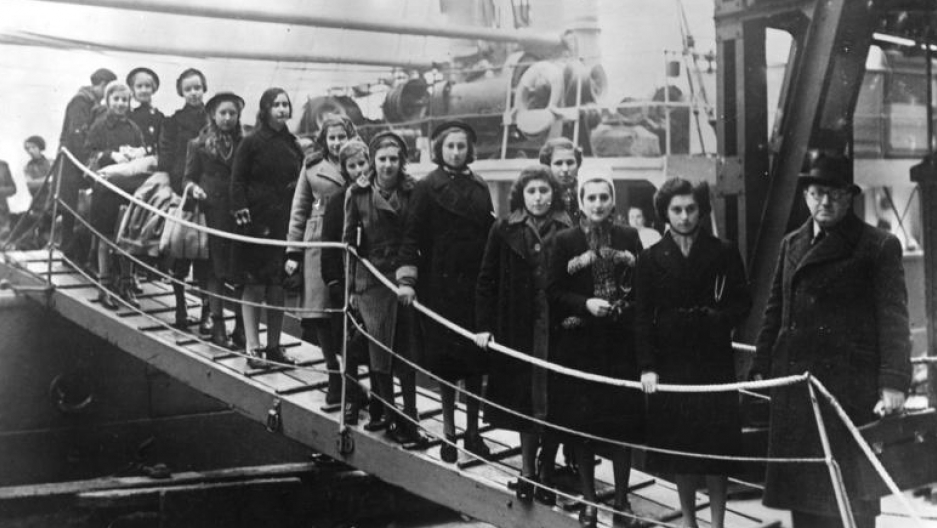 The dire refugee situation in Syria was brought home in even starker terms Wednesday when an image of a little boy lying dead on the beach in Turkey began circulating.

That 3-year-old boy, who his aunt identifies as Alan Kurdi, died along with his mother and brother, while trying to make passage into Greece.

He wasn't even born when the Syrian Civil War began.

It’s an image that has haunted the Alyth Synogogue congregation in London. The synagogue was founded in the 1930s and many of the first congregants were refugees themselves, fleeing Nazi Germany.

Mark Goldsmith is the synagogue's rabbi and he recently wrote an article for The Guardian entitled: ''In the spirit of the Kindertransport we want to extend a warm welcome to Syria's refugees."

Goldsmith is referring to the famous Kindertransport program in 1938 and 1939, when up to 10,000 Jewish children refugees fleeing the Nazis were settled in private British homes.

Recently, Goldsmith accompanied some of those refugee children — now elderly adults — to a meeting at Parliament with young Syrian refugees.

“These are people in their 80s and 90s ... but they absolutely recognized in young men who had made it from Syria, themselves when they themselves were teenagers.”

At that meeting, Goldsmith heard some of his congregants' stories for the first time.

“One man from Hamburg, originally called Alex, talked about his parents writing to Brazil, to America, to Canada to get a visa and not being able to and that sense of desperation that he as a 7-year-old boy, which he was at the time, was so aware of until they finally made it to England,” Goldsmith says.

It was a lucky chance, says Goldsmith.  He heard about so many lucky chances from one World War II refugee after another.

“Can we not have it be lucky chances as to [how Syrian refugees] manage to get over here on a boat or not?”

Goldsmith and the Alyth synagogue are part of an organization called Citizens UK, which is endorsing a grassroots approach to taking in Syrian refugees one borough at a time.

“If every borough said we can settle 50 people here, there are thousands of boroughs, then you begin to get somewhere and I think it is about local people saying, ‘Yes in our backyard,’” Goldsmith says.

“A family that moves together then has a basis to build together,” Goldmsith says.

The Kindertransport was not sponsored by the British government, but by the work and care of individual British citizens. Goldsmith says individual citizens can and must come together again.

“What are we doing about this issue as a community and not just a Jewish community but a community in London?  We are seeing it, we know our religious values and that of our Christian, Hindu, Muslim neighbors all say ‘Care. Just don’t look after our own.’ What are we doing?” says Goldsmith.