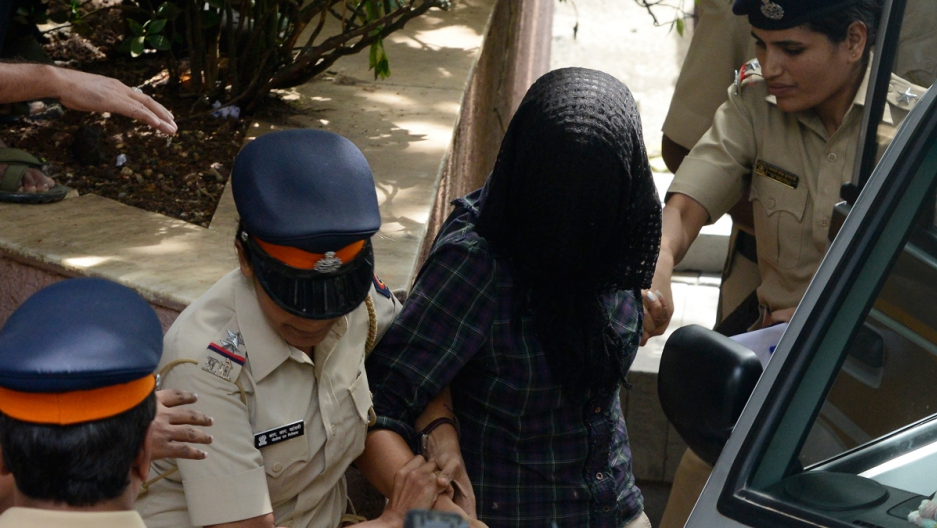 A media frenzy is engulfing India, over a sensational celebrity murder case.

The victim is a young woman whose body was found, strangled and badly burned, in a forested area near Mumbai in 2012. Police now believe the victim is socialite Sheena Bora.

Last week, police made three arrests, including Indrani Mukherjea, one of her ex-husbands and their driver. Mukherjea is the wife of media mogul Peter Mukherjea. He’s the former CEO of a Fox-owned TV network, Star India, and has appeared regularly in lists of the most powerful people in India.

Bora was known to the Mukherjea family as Mukherjea's younger sister, but police have now found that she is actually her daughter.

Since the arrest, Bora's brother, Mikhail, has come forward and said his mother, Mukherjea, had tried to poison him at the same time she allegedly killed her daughter. It has since emerged that Bora was in a relationship with Peter Mukherjea’s son from his first marriage.

Newspapers, magazines and TV shows have been poring over every detail of the case and filling in the blanks with some poorly sourced reports and even outright speculation. News outlets are competing to track down and interview every potential witness or person who knew the family.

“In fact, a social media update that’s been doing the rounds probably sums it up the best,” says Sandip Roy, senior editor at Firstpost.com. “It goes: A second wife of her third husband is charged, along with her second husband, of killing her daughter from her first husband, who — the daughter — was having an affair with her third husband’s son from his first wife.”

After Bora disappeared, Mukherjea apparently told everyone she’d moved to the United States.

Police have not put forward a motive, but that hasn’t stopped the media from speculating about money, inheritance, relationships and even incest. There are also comments about the dangers of social climbing, Mukherjea's mothering and moral bankruptcy.

“The media has become this self-appointed judge, jury and executioner,” says Roy. “All in all it has been a really ugly spectacle.”