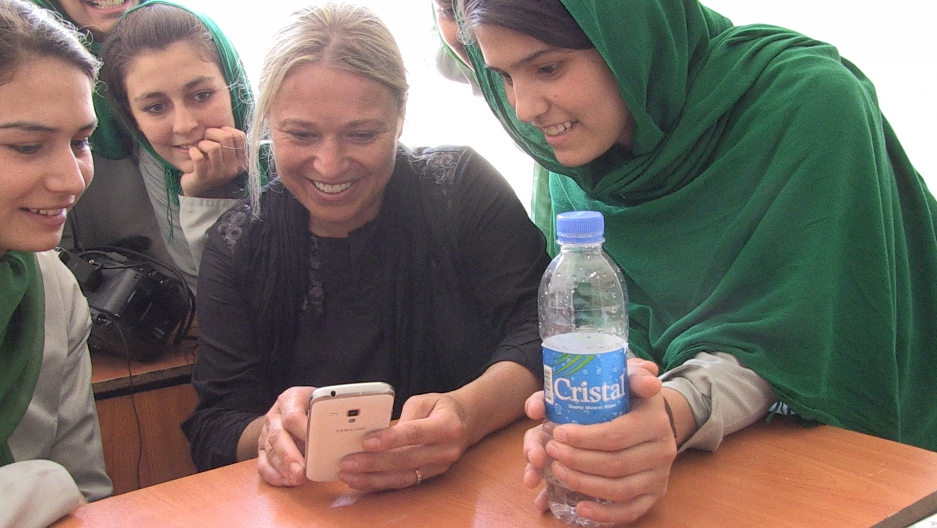 KABUL, Afghanistan — En route to Kabul earlier this month, I met an elderly woman who was traveling from Omaha to visit her extended family in Afghanistan. When I told her I was on my way to work on a project focused on girls’ education, she shook her head at me and drew a finger across her throat.

That’s a fair summary of how the lead-up to this trip played out — a long series of bad omens and negative commentary. The escalation in violence here is very real, as are the threats from the Taliban and other groups to target Westerners. The bold kidnapping of a German woman in broad daylight on Aug. 17 was preceded by a week of horrific attacks that left nearly 70 people dead and hundreds wounded around Kabul.

Three days before my arrival, a terrorist turned his car into a bomb and detonated it at the checkpoint civilians must pass to access Kabul International Airport. I stared at the pictures coming in from Reuters of the familiar location, awash in flames, and then later, marred by blackened and mangled vehicle wreckage.

Before leaving Boston, I had long conversations with GroundTruth Founder Charlie Sennott to assess my risk, then secured insurance through Reporters Without Borders to help cover costs in the event that I (or my family) might be…you know… in need of insurance. As I departed, my bottom-line goal was to keep the lowest possible profile. No restaurants, no grocery stores, no shopping for presents for my daughter’s upcoming birthday.

When I arrived, Razia Jan was at the airport to greet me. She is the founder of the Zabuli School and the the woman I came to film with, celebrating the groundbreaking of her new women’s community college.

Before saying anything, Razia gave me her signature chuckle, followed by, “God help you.”

Then we passed through that same marred checkpoint, and I found that things were eerily quiet in Kabul. Traffic, typically snarled and aggressive throughout the city, was light. The streets were quiet, with fewer pedestrians and cars than I’ve seen on any previous trip.  I’d been warned by colleagues that things have changed here, that people are scared and staying home — that the “Kabubble,” as it has been called, had burst.

“We only go out if we absolutely have to,” said Nahid, vice principal at the Zabuli School, a K-12 private school on the outskirts of Kabul. “Right now, we’re not going to any weddings or family gatherings. Not even picnics.”

It’s a sad commentary in a place where picnics are the signature events of summer.

But as I pass through the gates of the Zabuli, I’m again reminded that there is much more to this country than its headlines, its hardships, and the terrorist acts that dominate its news. When Confucius wrote, over 2000 years ago, “Education breeds confidence. Confidence breeds hope.  Hope breeds peace,” he could have been writing about this very school and the changes that are taking place here.

Since 2009 I’ve been coming here to film the feature documentary “What Tomorrow Brings,” and I’ve seen the conduit of education, confidence, and hope play out time and again at Zabuli and spill out into the surrounding community.

Razia Jan, who spent her childhood in Afghanistan and most of her adult life in the suburbs of Boston, founded the school in 2008. At that time, many fathers eyed the school with suspicion and even malice. Now, they openly defend it.

I’ve come back now to see if they’re ready to defend an even bolder vision — the community college — and to talk to the senior class, the school’s first graduates, about their plans for the future. When I last saw them in October 2013, they were eager freshman rallying around Yalda, a classmate whose parents had just arranged her engagement. For her, graduation no longer seemed possible. Unless, the girls mused, they could possibly get to graduation day faster.

Jan understood, and asked the Ministry of Education for permission to give these 9th graders the 10th grade proficiency exam. If they scored 85 percent or higher, they could skip 10th grade. Nineteen students prepared for and took the exam.  Seven — including Yalda — passed. These are the seven seniors who will graduate in November.

Even before one shovel broke the earth for the groundbreaking of The Razia Jan Community College, all seven soon-to-be graduates had registered for the nursing/midwifery program it will offer. The college will be built adjacent to their current school, and will serve as the first private and free college for women in any small Afghan village.

My filming here will capture this historic moment, and I’d like to believe that the waves of confidence and hope set in motion throughout this community might even one day contribute to the last of Confucius’ promised results of education: Peace.

My trip may have begun with a gesture that implied a curse — the old woman in Dubai who pulled her finger across her throat in a mock execution — but it ends with a benediction. As we pull out of the school’s gate to leave at the end of the day, Nahid, the endlessly centered and positive vice principal, holds her hands out, palms up, and whispers a prayer that we make it home safely.