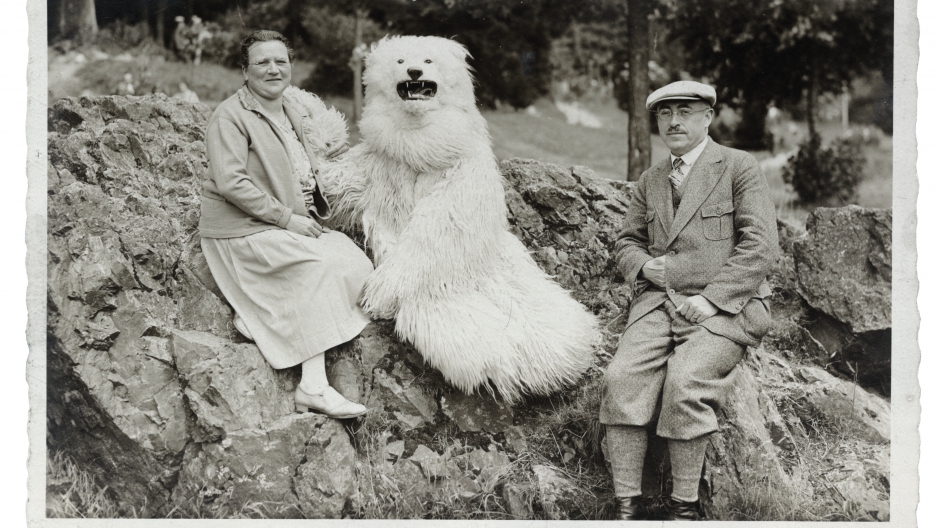 Picture this: Germany. Berlin Zoo. A man in a polarbär or polar bear costume.

That's a photo-op many Germans couldn't resist over a half century ago.

Now some of these photos are on view at an international photography festival in Arles, France.

Sam Stourdzé is director of the festival. He says this polar bear craze came about because "there was a bear introduced in the Berlin Zoo in the twenties; so this bear became very fashionable."

Fashionable indeed. A real bear in a zoo leads to a bear costume and people of all ages clamour to get their picture taken with it. 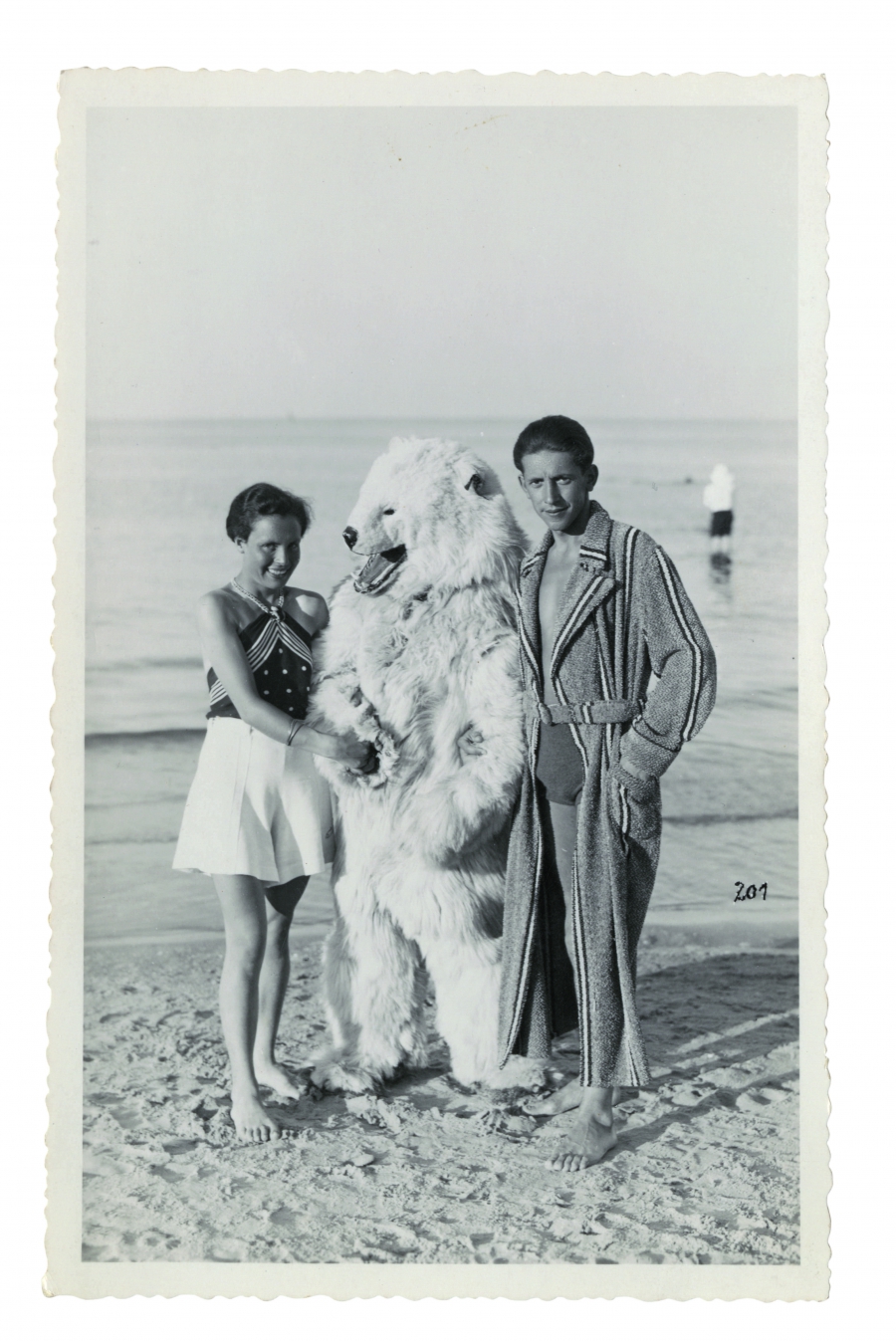 The festival features nearly a hundred photographs from the collection of Jean-Marie Donat.

He's a collector of vintage photographs from France. Donat found many of these photos at flea markets, antique shops and through online auctions. He's been collecting them for over 25 years.

Have any polar bear photos of your own?
If so, we want to see them.
Message us on Facebook

Sam Stourdzé says Donat tracked them "down, one by one, all of these pictures, which is really a kind-of way to tell the small history and great history [of Germany]."

The photos were taken between the 1920s and 50s. "So depending on the period of the time, you see a different situation that [tells you] something about the German or the Berlin life more than anything else," says Stourdzé.

But I suppose the same could be said of all the photos that exist of people standing next to a giant rodent in red shorts. 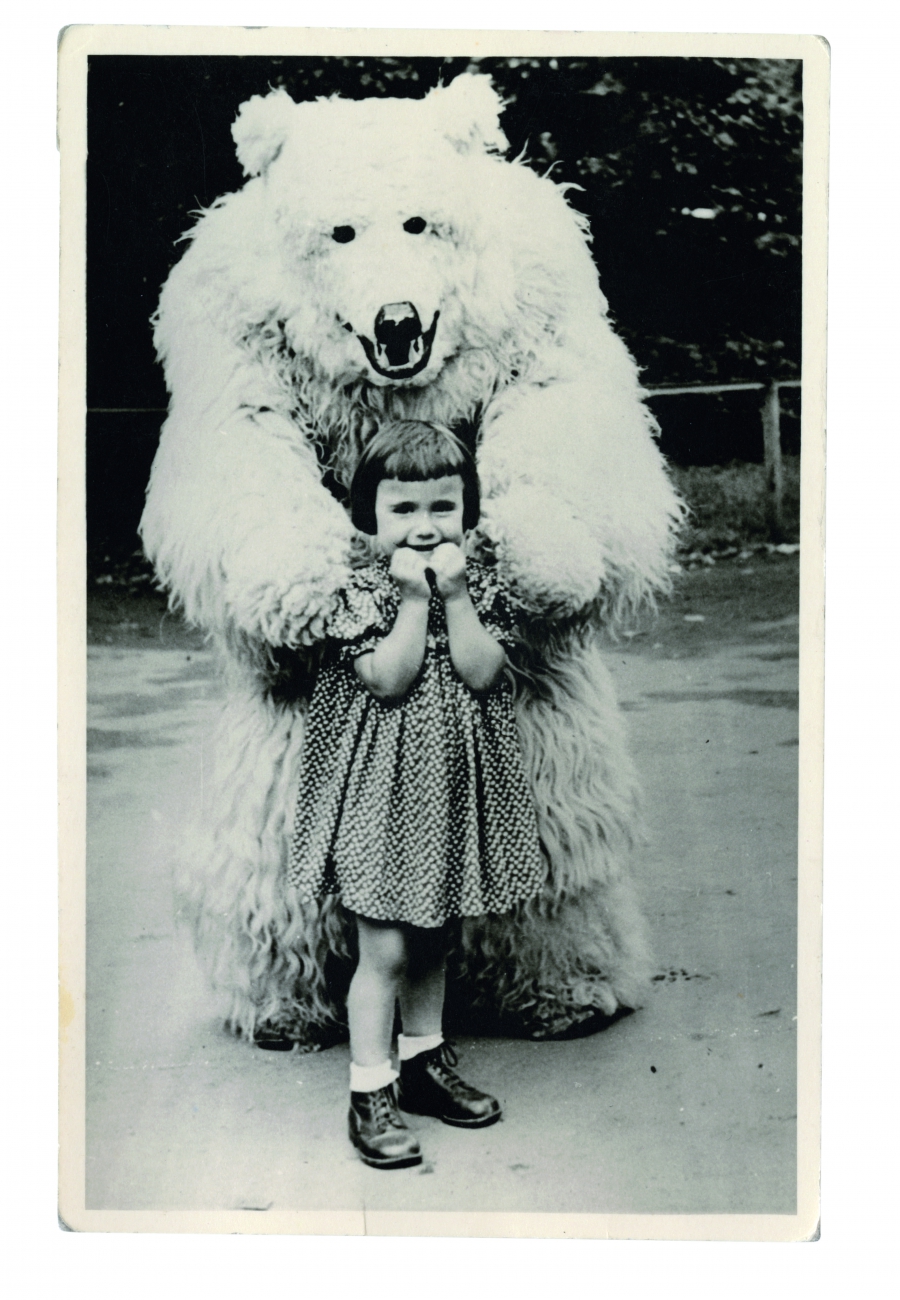 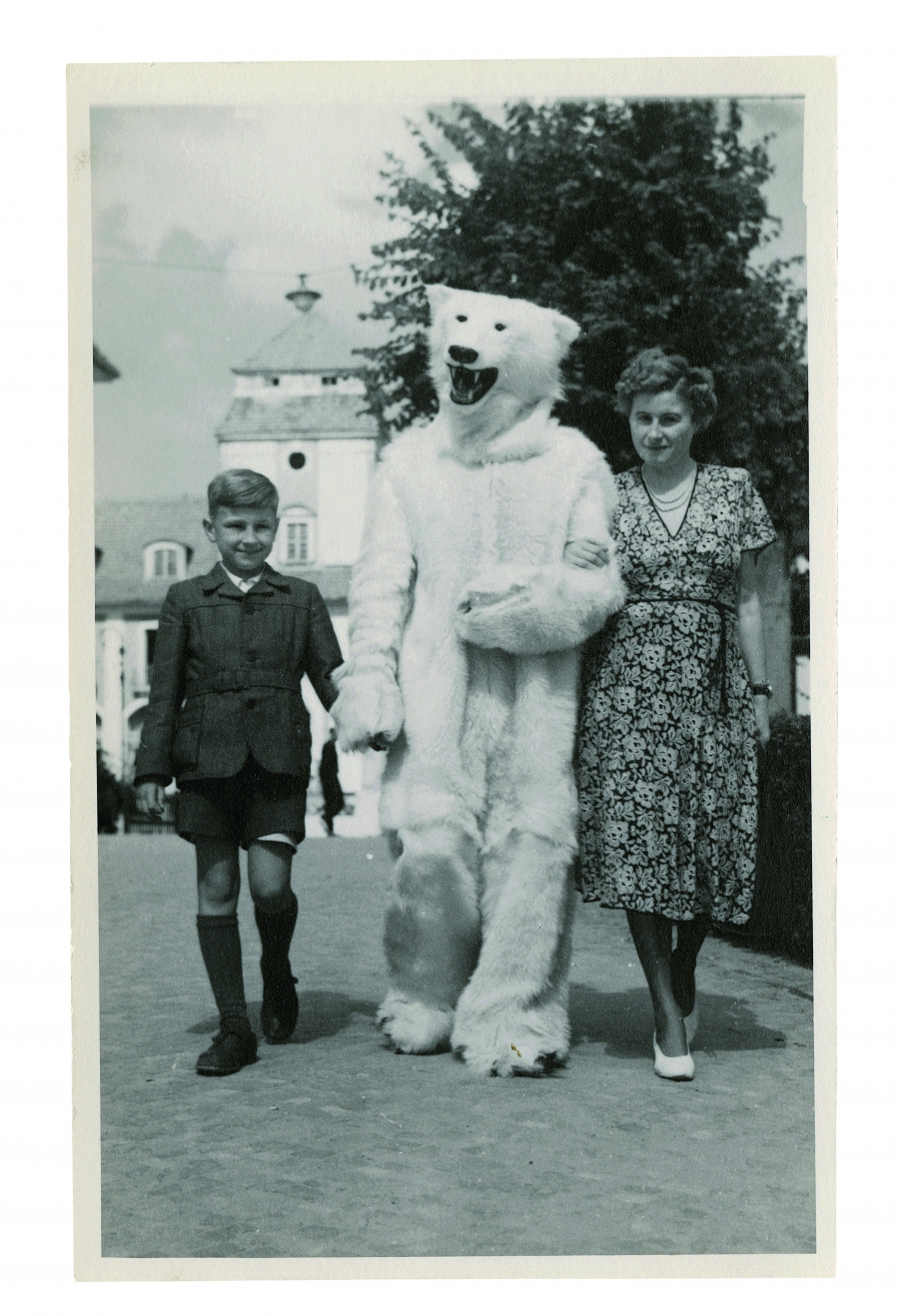 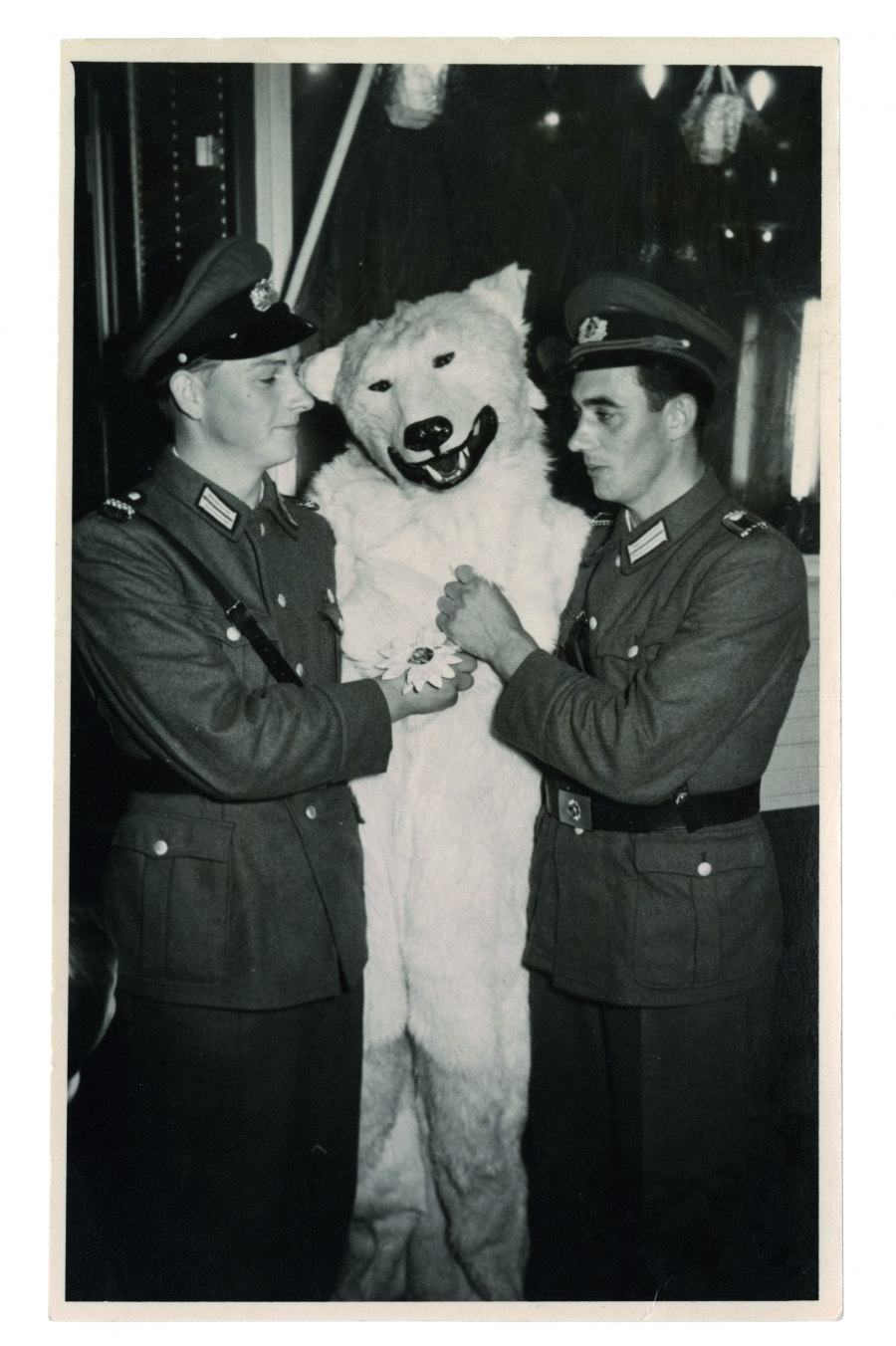 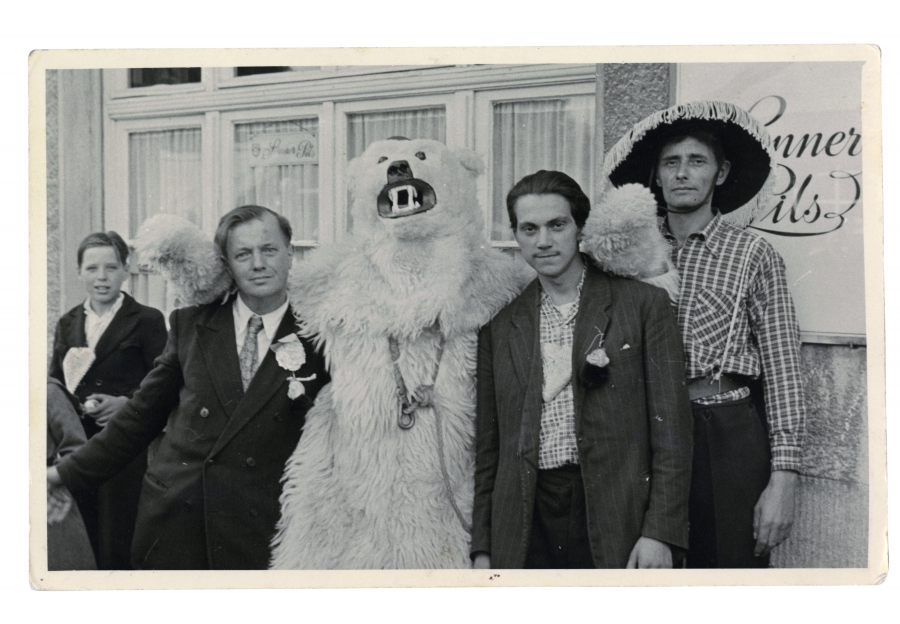 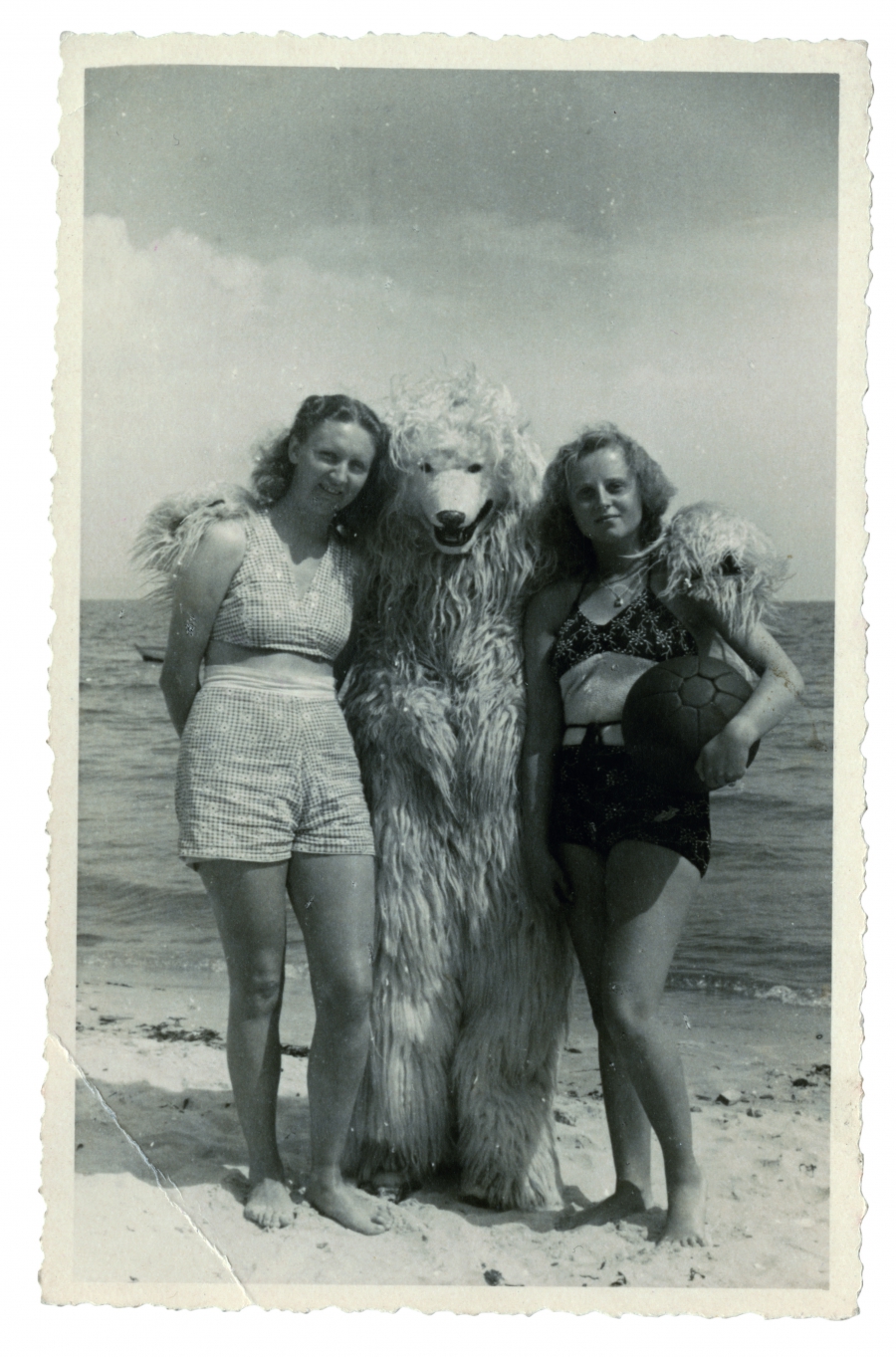 Since this story published, a few of our readers have reached out and sent over polar bear photos of their own: 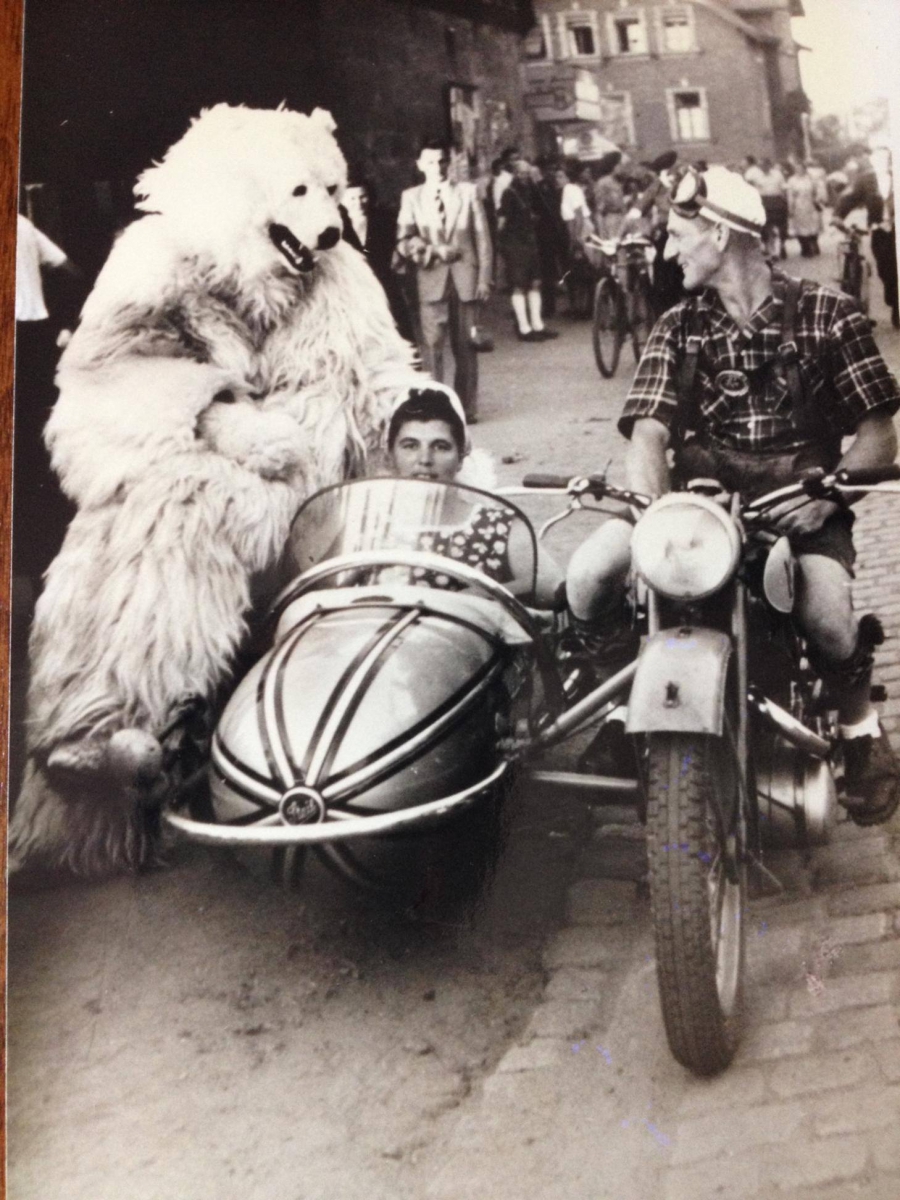 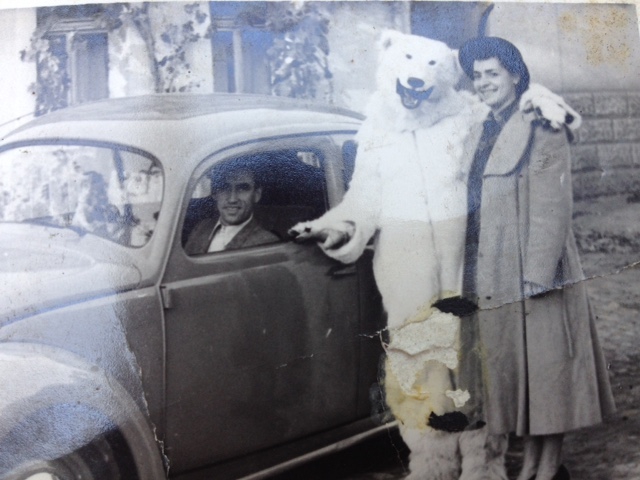 Greenberg also sent this photo, which she says features her great uncle Willy and Tante Hilde. This picture was taken in 1950, and the car photographed was the first in the neighborhood, Greenberg says. 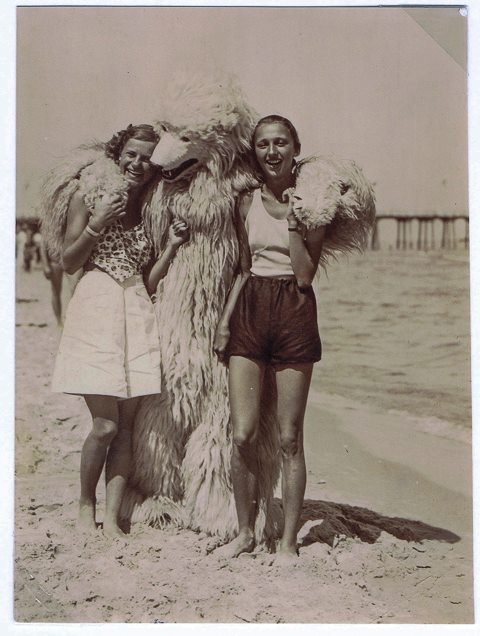 Reader Frank Paysen says this picture shows his grandmother, Illsedore Stein, on the left, and her friend Marianne Krüger, on the right.

Have any polar bear photos of your own? Tweet them to us at @pritheworld or send us a message on Facebook.