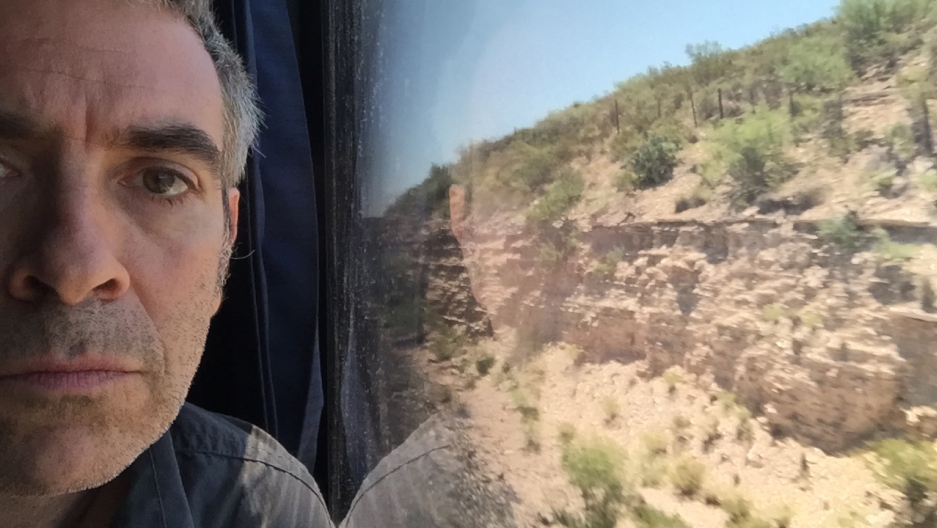 Last year, Amtrak handed 24 writers, including me, a ticket.

At their expense, I was going to travel across the country by train, ideally to fall back in love with the nostalgic swaying and creaking of train travel. My itinerary was set: Boston to New Orleans to LA to Chicago and back to Boston.

But then came a tragedy. And a change of plans. Here are snapshots from a long, occasionally spontaneous and very American train ride. 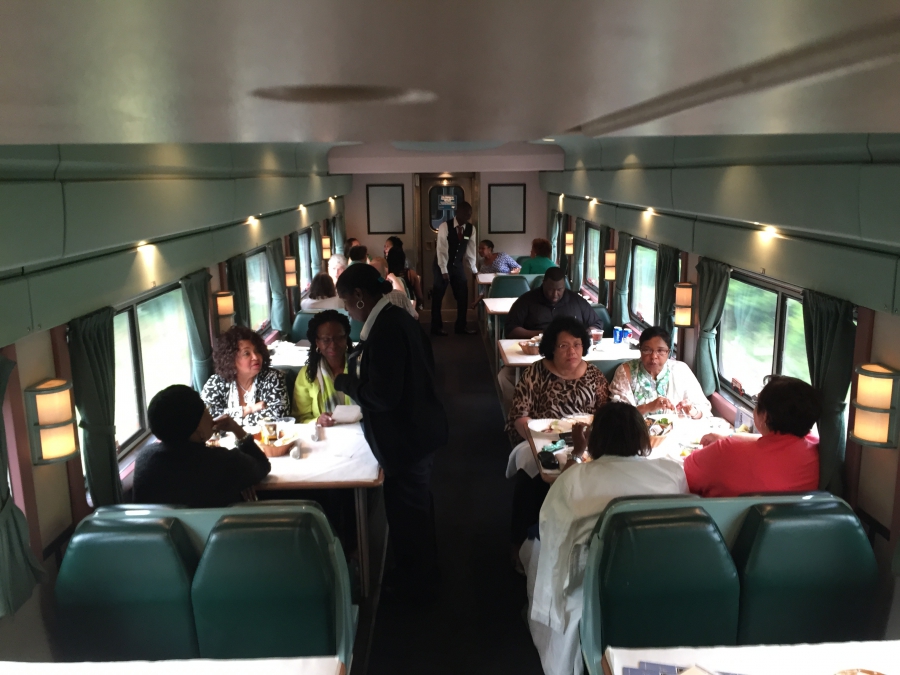 At breakfast, it felt like the South had seeped into the train as 20 or so people in the dining car had self-segregated. But don't we find that in many parts of the US? 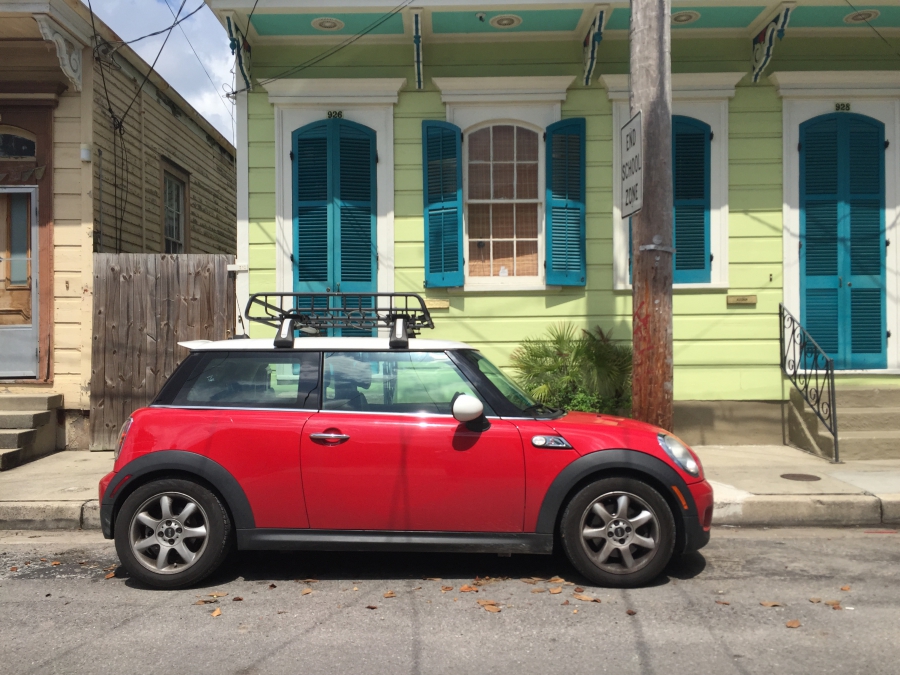 Bywater, the neighborhood that sits along the Mississippi to the east of the French Quarter and Marigny, has drawn a lot of artists and urban adventurers in the 10 years since Katrina.  It’s a place that many are loathe to call “the Brooklyn of New Orleans” because that’s really code for “hipster gentrification.”

But that does describe it pretty accurately. 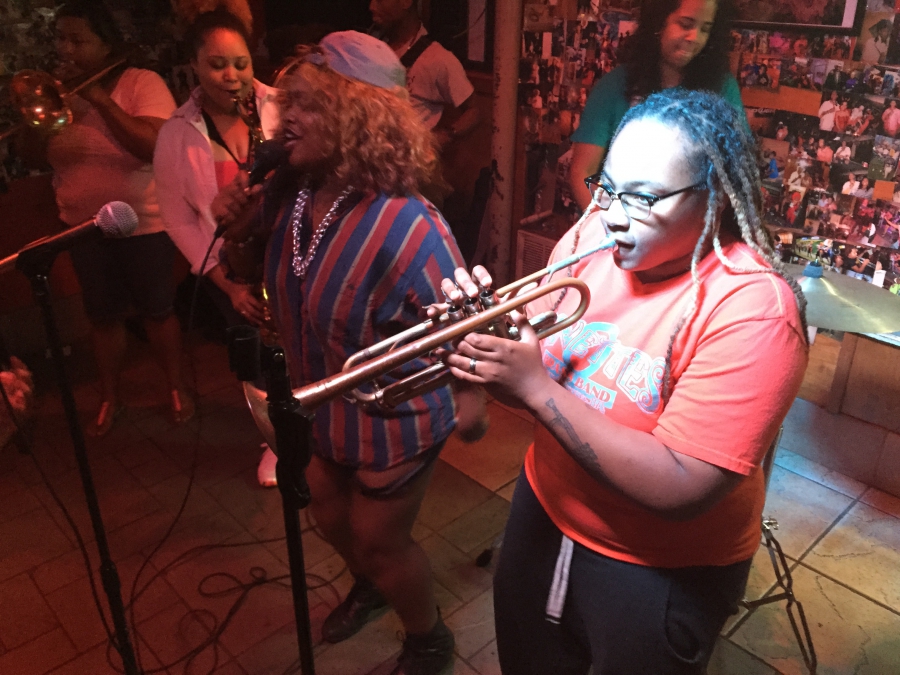 The night before leaving New Orleans, a friend took me to Bullet’s in the Seventh Ward.  Kermit Ruffins has a standing gig here, but tonight I saw the rollicking Original Pinettes Brass Band, allegedly the city’s only all-female brass band.

4. May 23 — Somewhere outside Lake Charles, Louisiana 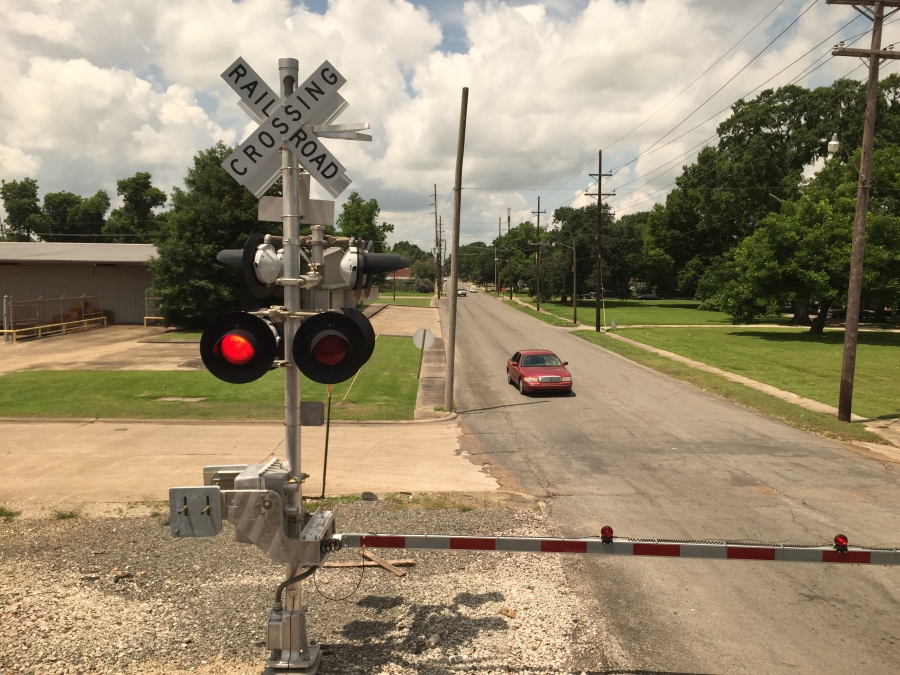 Hot and humid outside, a harbinger of torrential downpours hours away to the west, leading to some of the worst flash flooding in recent Texas history.  The waters would damage the rail signaling apparatus, and delay our arrival in Los Angeles by five hours. 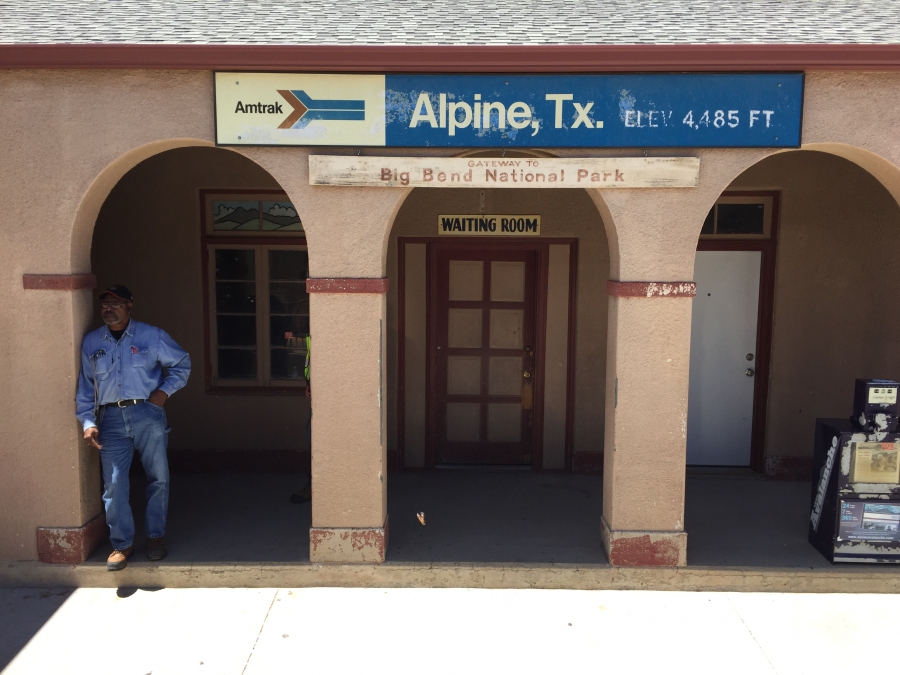 Amtrak’s big city hubs inherited the “Union” stations that united many different rail companies’ passenger terminals.  But in smaller towns, many old quaint stations in disrepair were upgraded with inexpensive but practical materials, leading to an odd design fusion known by some as “Amshacks.”  We had a brief stop at one, in Alpine, the “gateway to Big Bend National Park.”

6. May 24 — Somewhere near the New Mexico-Arizona border 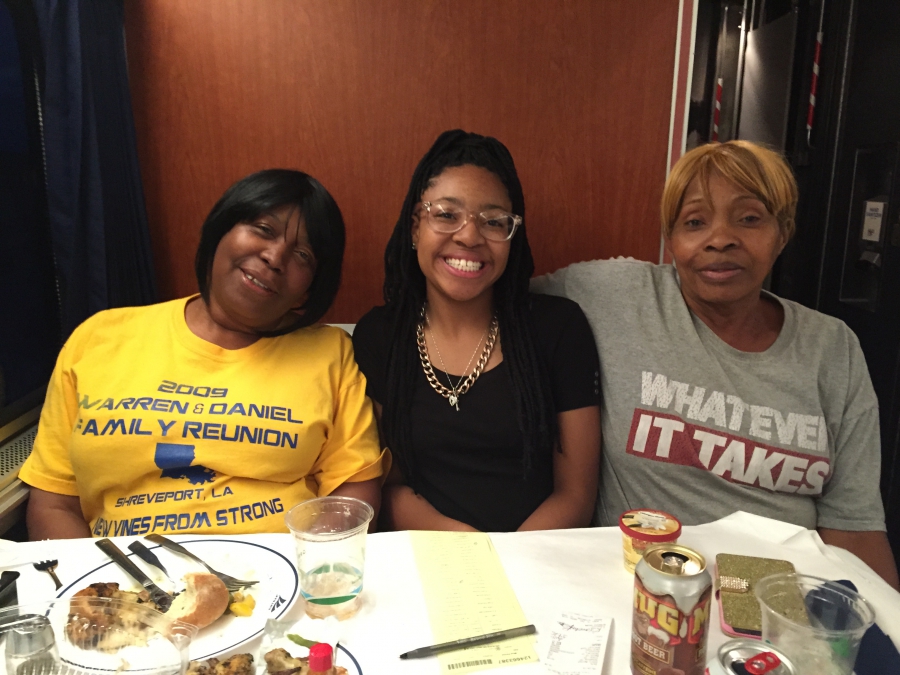 My dinner companions, Blanchie of Shreveport, Louisiana, her granddaughter Bree and their friend Elaine, who now hails from Los Angeles. 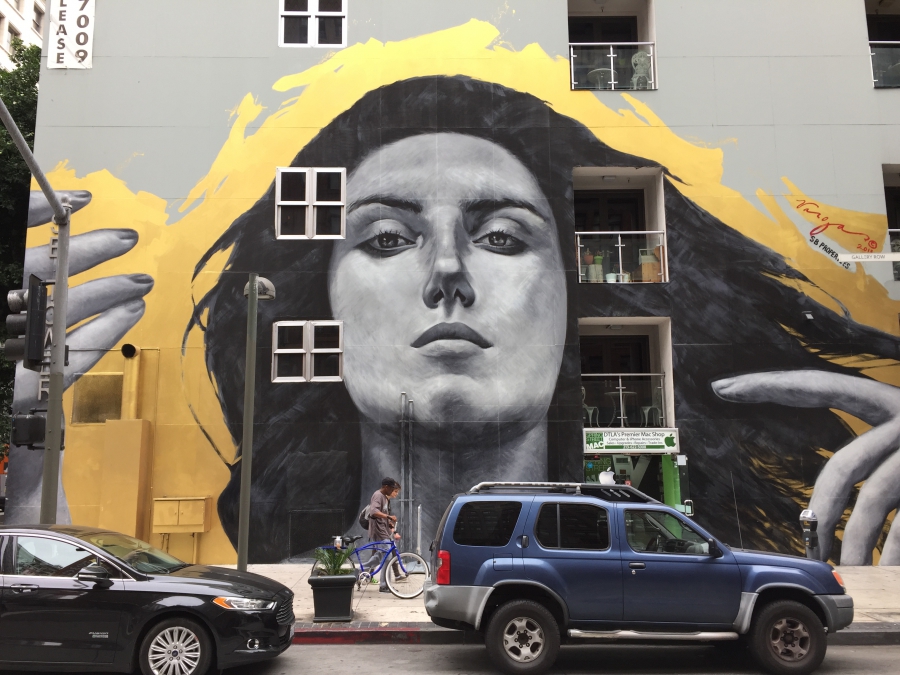 I opted to spend my three days in LA in downtown, and found some of the same dynamics at play as I did in New Orleans:  gentrification by young professionals and hipsters, displacing impoverished areas, in the case of LA, the area that is spiffing up from Broadway down to the Arts District, and bringing pressure to bear on the residents of Skid Row. 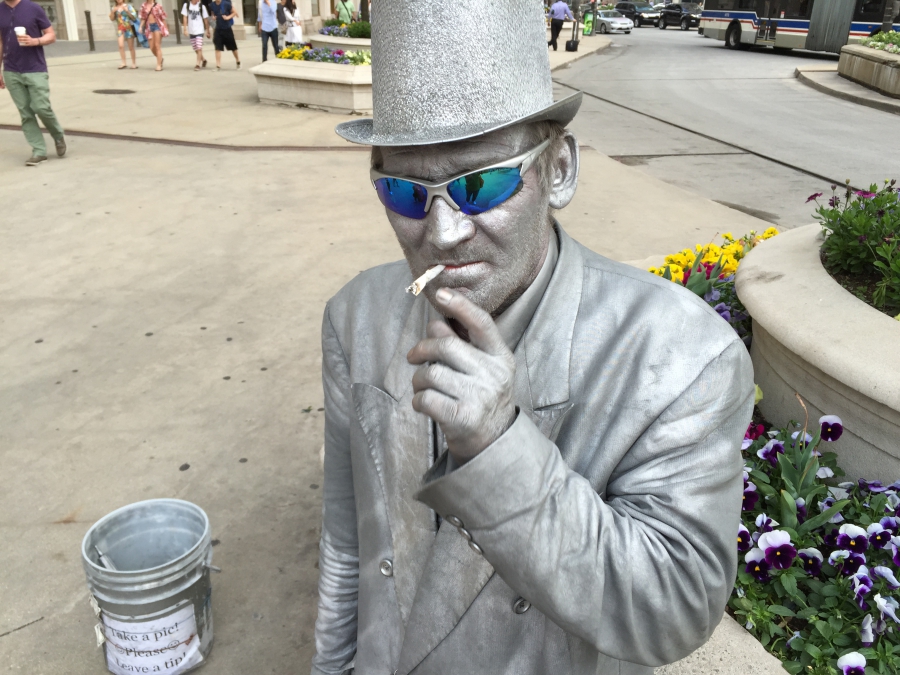 I squeezed in as much as I could during my six-hour layover in Chicago, between the arrival of the Southwest Chief and the departure of the Lakeshore Ltd. back to Boston.  This human sculpture was taking a cigarette break when I got off the canal boat tour of Chicago architecture. 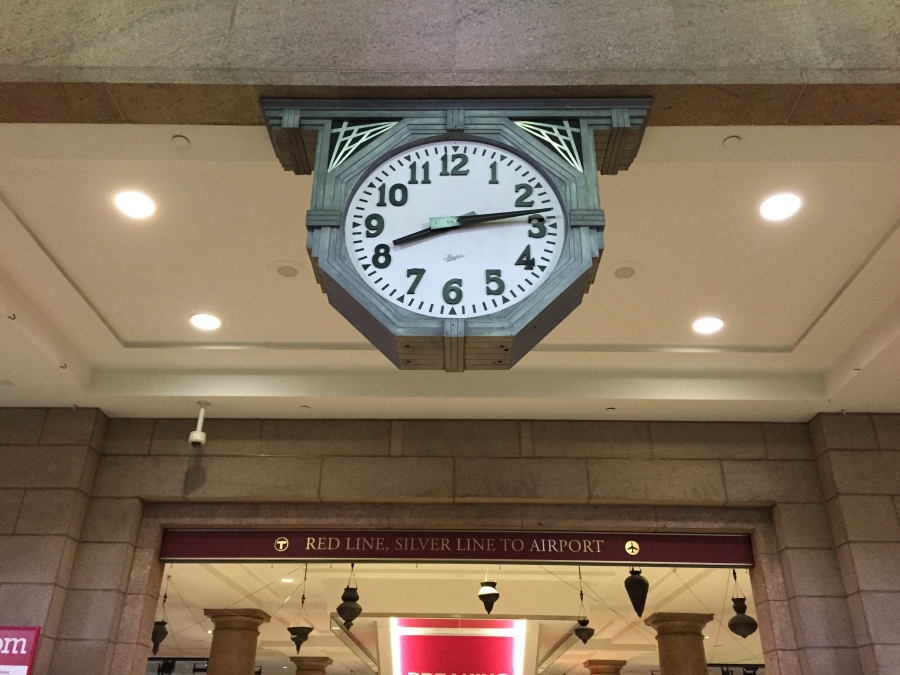 The start may have been rocky, but we pulled into Boston's South Station on time.  Thanks to the Speed Box app, I knew we had been traveling a few different Amtrak averages, and no faster than 80 mph out west.  When you accept your speed, you’re less tired.

That said, the last leg of the Lakeshore Ltd. from Albany to Boston — a so-called “stub train” to handle the light load — was the longest five hours I’ve experienced in a long time.

If you want to see a few of Marco's other snapshots from his cross-country train ride, check out his Instagram or read about his travels here.