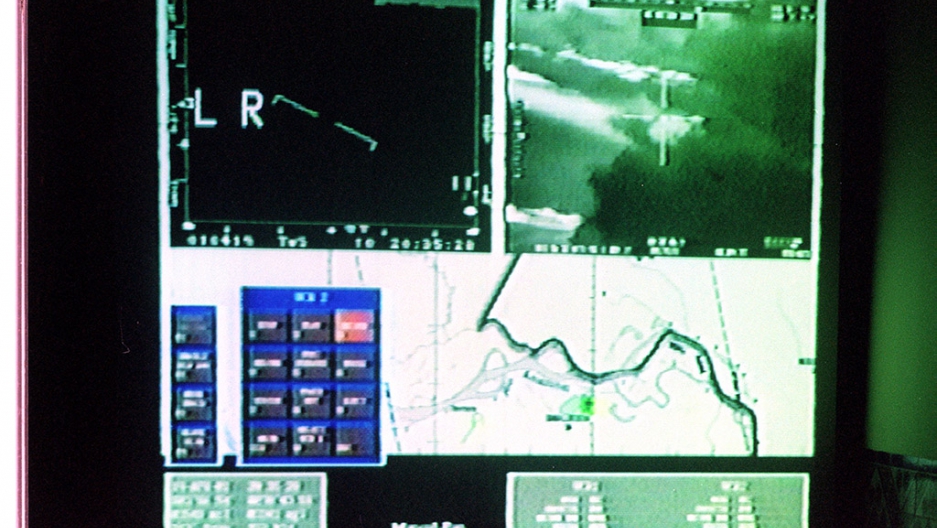 A screen grab taken from video footage of the Peruvian Air Force plane that shot down an American missionary plane over the Amazon in April 2001 is shown Aug. 2, 2001 in Lima, Peru.
Share

LIMA, Peru — Could the United States defund counter-narcotics efforts in Peru, one of the world’s top producers of cocaine?

That’s the question after Peru’s single chamber congress voted unanimously 89-0 last week to resume shooting down the small aircraft suspected of ferrying up to 150 tons of the drug, roughly half of national production, out of the Andean country every year.

President Ollanta Humala, a former army officer who prides himself on his no-nonsense approach to drug traffickers, is expected to sign the measure into law.

Although Washington has long used a carrot-and-stick approach to pressure Peru and the two other cocaine-producing nations, Colombia and Bolivia, to interdict more of the illegal export, it has also opposed a shoot-down policy in Peru for one very simple reason.

In 2001, a Peruvian air force jet — thought to be acting on a US tip off — shot down a plane that turned out to be carrying American missionary Roni Bowers. She and her 7-month-old daughter Charity died.

“This is about our armed forces, following international protocols, being able to proceed, in extreme cases, to shoot down planes, such as the light aircraft, that carry drugs to other countries,” said congress speaker Luis Iberico, of the new measure.

But Ricardo Soberon, Peru’s former anti-drugs tsar, told GlobalPost that the US had been exerting “enormous pressure” behind the scenes on members of the Peruvian congress to vote down the law.

“That threat [defunding] existed and it remains on the table,” Soberon added. “I understand the US ambassador has been extremely active on this in recent days.”

In a statement following the Peruvian vote, the US State Department avoided any mention of funding and stressed that Peru was a “sovereign country and close partner” with the “right to determine its own laws and policies.”

But it added that Lima’s counter-narcotics push must be “consistent with international law and the respect for human rights.”

The statement went on:

“The Humala administration has proven successful at combating illicit aerial trafficking without the use of a lethal interdiction program.  We encourage the Peruvian government to continue to do so.”

Peru is something of a maverick in Latin America when it comes to narco-politics. Although other governments, notably Mexico and Colombia, cooperate closely with the US, in both nations there has been sustained questioning of the “war on drugs,” including from past and current presidents.

Colombian President Juan Manuel Santos has even called for a global debate on legalizing drugs.

Meanwhile, Bolivia has also moved to reduce cocaine production — even as it firmly rejects Washington’s strategy, and the resulting criminalization of hundreds of thousands of impoverished farmers who produce coca, the key ingredient in the drug.

But in Peru, one of the most conservative nations in Latin America, Humala is committed to a hardline law-and-order approach to halting the drugs trade, including sometimes forcibly ripping up coca plants that are often the only profitable crops of impoverished smallholder farmers.

And the focus of that is on the Valley of the Apurimac and Ene Rivers (VRAE by its Spanish initials), a remote, lawless region where the Amazon overlaps with the eastern Andean foothills, that produces roughly half of Peru’s cocaine.

The cocaine is processed as close as possible to the coca fields. It is then ferried under cover of night by light aircraft to Bolivia using dozens of illegal airstrips that dot the rugged valley.

Remnants of the Shining Path terrorist group keep the army and police at bay and charge the narcos for protection.

Once in Bolivia, the cocaine then fans out to reach markets around the world, from Rio to Tokyo, and London to Moscow.

Humala’s government has attempted to blow up those airstrips — only for new ones to pop almost immediately in even more remote parts of the valley.

Nevertheless, there remains a small possibility that Humala, feeling the heat from Washington, might backtrack on the law.

The president has flip-flopped on a number of key measures in the face of opposition and Soberon echoed the feelings of many Peruvians when he accused Humala of “timidity” on the international stage.

“The possibility that Humala, under pressure from the United States, does not sign it [the law] remains open,” Soberon said. “What he might also do is sign it into law but then never implement it.”

Whichever course the Peruvian president now takes, his nation’s bilateral cooperation with the US on counter-narcotics may just be in for the kind of bumpy ride normally enjoyed by the pilots of the tiny aircraft that ferry so much cocaine out of his country.