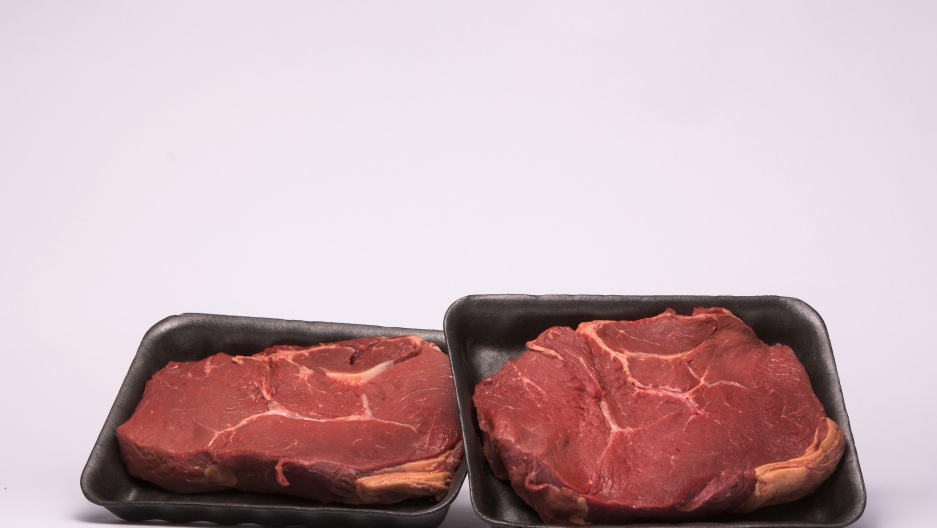 A new study concludes that humans are "super predators."

Humans are very different from other predatory creatures.

This fact is not new. But a new study published in Science concludes humans are much more likely to kill adult-aged animals than any other predator.

The idea for the study came when one of the authors was doing population work looking at stickleback fish, a creature not usually preyed on by humans. Only about 2 to 5 percent of adult sticklebacks are killed by predators.

"Natural predators in the ocean take about 1 percent adult biomass in their prey populations. The same human predator, the fishery, takes about 14 percent of adult annual biomass," said Dr. Chris Darimont, an author of the study, "So whereas natural predators, think wolves or lions, or large predatory fish for example, they focus their predation on the newly born. We as humans focus almost exclusively on large reproductive-aged adults. Think trophy hunting or food hunting."

The study considered essentially all methods humans have of hunting or consumption as predation for the study — fisheries, farming, traditional hunting and so on. The authors collected data from the 1990s onward looking at data from everywhere except Antarctica. They focused on comparing human predation patterns with other terrestrial mammals and marine fishers, but also looked at nocturnal mammals, non mammals, and more. The study comprised 2,125 total predatory species.

This behavior has a huge impact on our environments. Often large carnivores aren't evolutionary resilient to hunting, and the loss of reproduction-aged members causes species to die off very quickly when faced with human predation. This causes the populations of prey and smaller carnivores to explode, severely impacting the ecosystem. Driving prey to extinction at all is rare in non-human predators. The study concludes: "Given this competitive dominance, impacts on predators and other unique predatory behavior, we suggest that humans function as an unsustainable “super predator,” which — unless additionally constrained by managers — will continue to alter ecological and evolutionary processes globally."