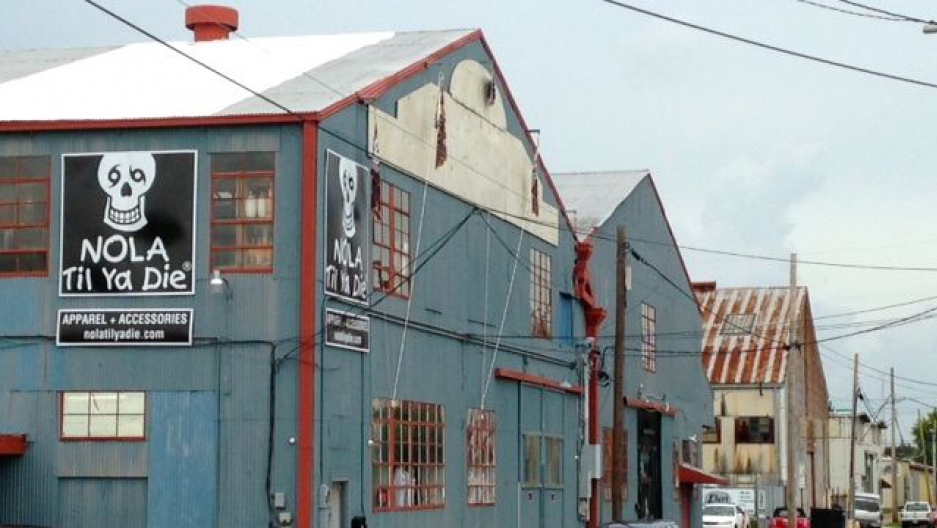 New Orleans is a city with a lot of nicknames.

It’s been known as the Crescent City, the City that Care Forgot and the Big Easy. But there’s a new kid on the block. Over the course of the past 10 years, the name NOLA has made its way into businesses, non-profits, websites and even the city government. And while no one doubts its convenience, not everyone is on board with the new shorthand.

Mark Romig is the president and CEO of the New Orleans Tourism and Marketing Coroporation, the official promotion agency for the city. He says they decided to go with the phrase, “Follow Your NOLA” for their 2013 tourism campaign because it appeals to a new generation of visitors, looking for a different kind of tourism experience:

“Someone who is looking for a vacation spot where they would want to go with a book and sit by a pool, that’s probably the type of individual that comes to the city. We’re not an escapist place, we’re a place that you want to get into the culture.”

Romig says that using the term NOLA does that for visitors. It makes the place feel more intimate, and personal. It sounds like a name.

“It’s like that best friend you create when you come here. You go dancing all night with NOLA, you drink café au lait and [eat] beignets with NOLA.”

While its popularity might be new, the term itself is not. Nola first started to appear in early 1900s. There was a NOLA film company, a fraternal organization, a sheet metal company, a theater on St. Claude Ave in 1950.

Tulane-based cultural geographer Rich Campanella says the use of NOLA grew in the 1960s. That’s when zip codes caught on, making it easier to mail letters. Campanella speculates that people didn’t want to write out the whole name of the city and state and with zip codes, they didn’t have to.

After Hurricane Katrina hit, people from all over the world became interested in what was going on in New Orleans. “Just about every journalist and researcher and citizen who seeks information on it finds themselves going to nola.com,” he explains.

After Hurricane Katrina, many young people visiting — and moving there — called this place NOLA. Campanella says it made sense.

“It seems to speak the language of the millennial generation, which grew up with info tech abbreviations and acronyms; which coined LOL and WTF. And which gravitates towards brevity for the purposes of texting and emailing. So I think there was a natural alliance between this incoming group and this new nickname.”

When Campanella says “this incoming group,” he means transplants like Clare Cannon. She moved to New Orleans from New York three years ago to get her PhD at Tulane. She lives uptown near what she calls “the infamous Snake and Jakes.”

Cannon is 29 and lives with two cats. One of them is named NOLA, or Nola. 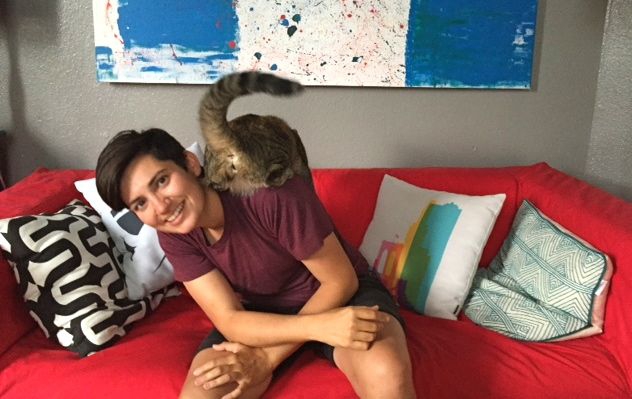 Clare Cannon and her cat, Nola.

But it’s about more than just the sound. It’s also about Cannon paying tribute to this time in her life.

“I’m very much in transition here in New Orleans … I probably won’t settle here. So I wanted to mark and commemorate my time here …so that wherever I live next, I’ll always have this time in New Orleans and how it was my home for a while.”

Ben Berman, also 29, was born and raised in New Orleans. And he prefers to call the city by its original name. He says it drives him crazy when people say NOLA.

“If I’m out of the city in some other part of the country and I tell someone I’m from New Orleans and they’ll say, “Oh my god I just love NOLA,” or “I was just in NOLA a few months ago for a bachelor party.”

Berman says for him, NOLA represents something more than just a nickname.

“It carries this weight of so much of the changes that people have seen post-Katrina and the way that they feel like so much of this city that they loved before, they don’t really recognize anymore and it’s not the same place that they remembered.”

Campanella says that relying too heavily on acronyms and abbreviations can be dangerous.

“They reduce the complexity and the linguistic legacy and the depth of the original terms, these ancient French terms, and native words down to a couple of crisp, truncated syllables. That’s not too romantic, is it?”

Whether it’s being used as a URL, a girl’s name or a way to brand the city for tourists, NOLA isn’t going anywhere — at least, not until the city is ready for a new nickname.

Also in the podcast, we hear from artist and designer, Pei-Ying Lin. Her maps of human emotion as rendered in various language are here.