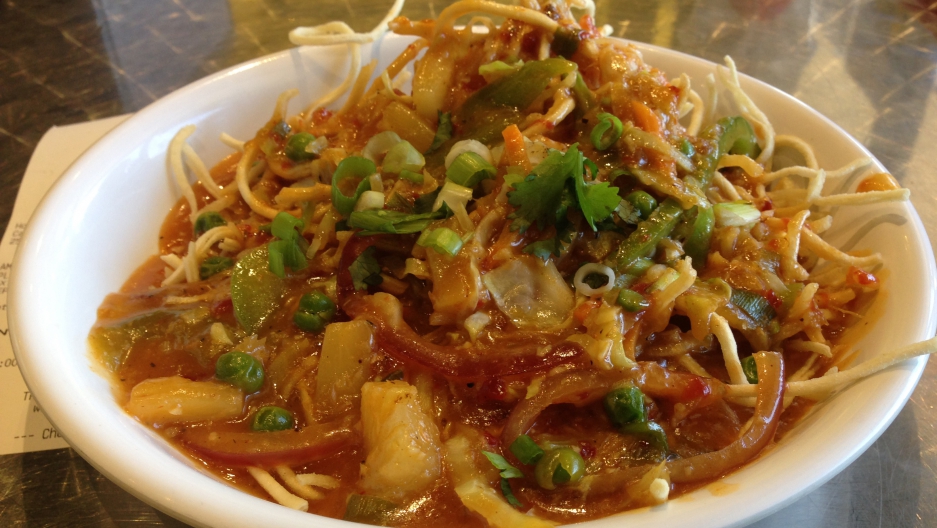 This is an Indian dish known as American chop suey.

A lot of international dishes have crept onto menus in India, but they don’t always taste like they do in their home countries. They take on Indian flavors.

I have to say, the concoctions are usually pretty good. And now that I live in the United States, sometimes I crave those Indian versions of other countries’ foods.

Why chicken paprikash is sure to warm your day

The one I know is something totally different. It contains crispy noodles, vegetables and sweet and sour sauce. I have no idea why it’s called American chop suey, or how it’s connected to real Chinese food, but it was one of my favorites in India.

It’s not something that’s easy to find in the US. It would be like an American who’s used to eating watered down chicken curry in Indian restaurants in the US trying to find that dish on a menu in India.

But the other day when I happened to be in a famous Indian restaurant in Canton, Michigan, my eyes lit up. There it was — American chop suey — on the menu under the heading of Indian-Chinese.

Did it taste like the one I used to eat in my hometown in India? Oh yes. It may sound strange, but it tasted like home.