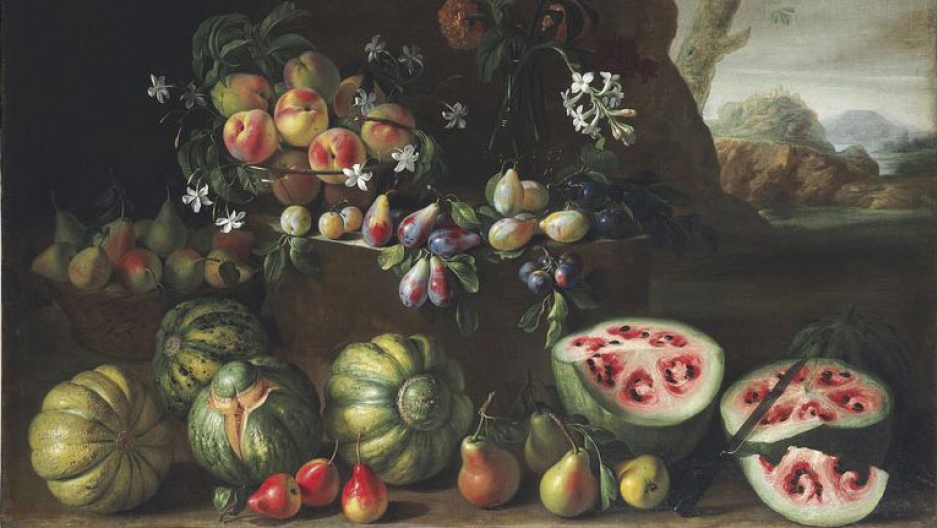 James Nienhuis, a professor of horticulture at the University of Wisconsin, and a colleague wanted to find out how fruits and vegetables have changed over the years.

But they faced a major hurdle: Unlike grains, which survive intact for years, fruits and vegetables perish fast.

"[Researchers] can look at the grains and [...] trace the whole history of how that grain changed in size and color and shape," he says. "It occurred to us that really the fascinating record of the recent evolution of vegetables is available to us in Renaissance art," he says. 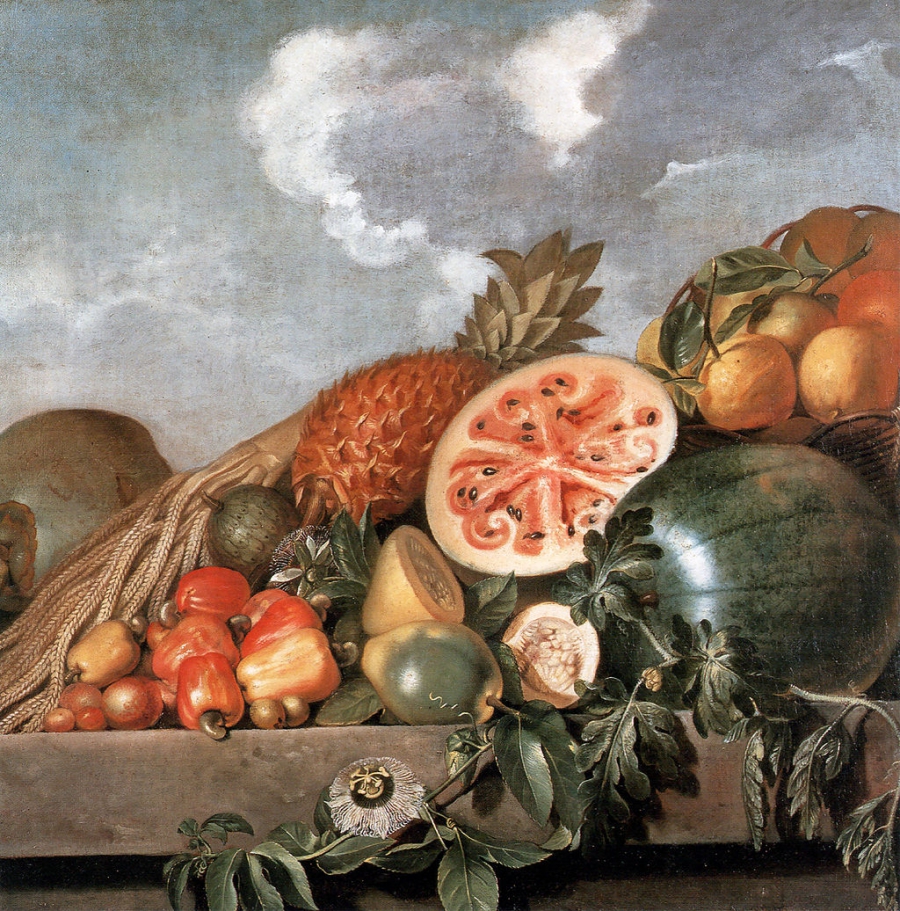 Albert Eckhout “Pineapple, watermelons and other fruits (Brazilian fruits)” (circa 1610-circa 1666)

As reported by Vox.com, the watermelons depicted in those Renaissance paintings look very different. The watermelons don't look as red as they are now — and they seem to have less flesh. What changed the crop, was domestication.

Watermelons come from Africa (we can even see them in hieroglyphs, Nienhuis says) and there are wild variations that occur naturally — including color.

"Domesticators ... saw the red ones and became enamored with it and saved those seeds," he explains.

Through domestication, we got watermelon with a brighter red color and more flesh, less rind.

And it's not just watermelon that have changed dramatically over the years. Nienhuis highlights carrots, which got their orange color through domestication as well.

Even today, he adds, scientists are working to come up with a better watermelon. He says watermelons of the future will be small and intensely red pigmented.

They'll also probably be shaped as cubes, which are much easier to ship and store.

"You want the watermelon cool and if you can keep it in your refrigerator, that's great. Unfortunately most watermelons are too big and even the ones that are small [...] roll around," he says.

Cube watermelons are already produced in places like Japan and different shapes are popping up elsewhere. While they might look more red and store well in the fridge, there's a down side. They lose taste and texture.

That's also true for fruits like strawberries. Nienhuis points to the Californian variety.

"They're the size of a tennis ball and they taste like tennis balls," he says with a laugh.

This lack of taste and smell, he says, might eventually lead us back to growing more heirloom vegetables and fruits.