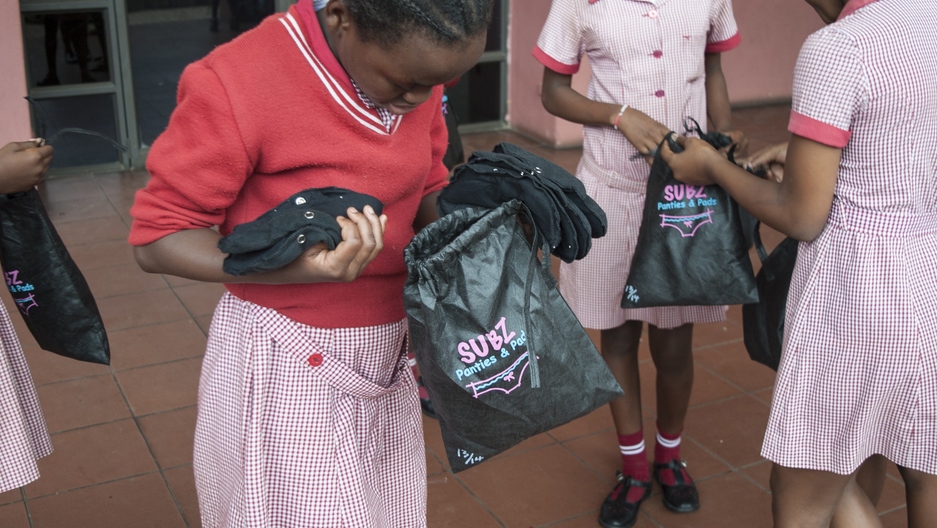 Sometimes it’s hard to be a woman. And sometimes, by which we mean every month for roughly 30 years, it’s downright expensive.

If periods are the price women pay for the ability to make new humans, the “tampon tax” — sales tax applied to sanitary products — is the price they pay, er, because the government can make them. Just think of the taxman as a particularly audacious low-cost airline charging you to use the bathroom on a plane.

You can understand why it’s making people mad. From Australia to Italy, Malaysia to the UK, many of the countries that charge tampon tax now find themselves the targets of a growing campaign to have such levies scrapped.

So how exactly do women pay extra to have periods? And which countries make them do it? Sorry, sisters: It’s more than you might think.

What is tampon tax?

What the world has alliteratively nicknamed the tampon tax really applies not just to those but also to sanitary towels, panty liners, keepers (reusable devices that collect menstrual flow internally) and anything else women buy to stop their monthly blood from running all down their legs. Most governments around the world add on a consumption tax when customers purchase these items, just as they do for the vast majority of goods and services. What we pay in tax is calculated as a percentage of the purchase price, according to a rate decided by the government.

Unlike lots of other things we pay tax on, however, pre-made sanitary protection is something that millions of women and girls cannot do without, month after month and year after year. For them to pay the government a percentage on top of paying for those products is, critics say, an unfair burden on women’s wallets — which are all too frequently slimmer than men’s to begin with.

Everyone pays tax on everything they buy, though, right? Not exactly. Governments can and do exempt products from consumption tax if they deem them important enough. Alternatively they can tax them at a lower rate than other, non-essential items. What particularly galls the tampon-buying public is when their sanitary products are taxed at a higher rate than, say, truffles, as is the case in Germany.

The respective VAT rates of salmon caviar and tampons in Germany.

Where is tampon tax charged?

As we say, most countries around the world make people pay tax when they buy sanitary products. Here are a few examples.

United States: between 4 and 9 percent
Sales tax varies from state to state and of the 50 in the union, only five waive it on sanitary goods: Maryland, Massachusetts, Minnesota, New Jersey and Pennsylvania. Five others don’t have a sales tax. The rest do, and don’t exempt tampons from it.

United Kingdom: 5 percent
In 1973, the UK began charging women 17.5 percent to buy tampons and pads. Things changed in 2001 when campaigners managed to get VAT, value-added tax, on sanitary goods reduced to 5 percent.

A new generation of activists is now seeking to have that cut to zero. They want VAT on period paraphernalia brought in line with that on — for instance — herbal tea, bingo, printed music, antiques, helicopters and “exotic meat: horse, ostrich, crocodile, kangaroo, etc,” all of which are zero-rated for VAT. Because, as this "Bad Blood" parody asks, what can women use instead?

The government’s response is that it can’t abolish the tampon tax altogether, since the European Union forbids members from lowering VAT below 5 percent. (They can only maintain the 0 percent rate on goods that were already benefiting from it at the time EU legislation came in).

Malaysia: 6 percent
The tampon tax became a hot issue in Malaysia earlier this year when the government overhauled the way it taxes consumers for shopping. Under a new goods and services tax (GST) introduced in April, women pay 6 percent VAT on sanitary items.

The government marketed it as an improvement on an earlier 10 percent sales tax and promised that prices would go down. In reality, women complain, the reform — which changed not just the rate but the way tax was calculated — has seen prices increase. What’s more, campaigners have started a petition for Malaysia’s tampon tax to be scrapped altogether, arguing that it “infringes on our basic rights to access sanitary aid.”

Australia: 10 percent
Even the Aussie prime minister’s sister is fed up of paying a 10 percent GST on her sanitary stuff. Christine Forster, cooler younger sibling to PM Tony Abbott, makes a cameo in this anti-tampon-tax rap video that’s currently doing the rounds:

The women of Down Under have led one of the liveliest campaigns this year against the tampon tax, which they claim swells the government’s coffers by roughly 25 million Australian dollars each year. Meanwhile Canberra allows consumers to buy other health goods, including condoms, lubricants and sunscreen, GST-free.

Despite support from no less than the Australian treasurer, Joe Hockey, Abbott has stated that no reforms are in the pipeline. State and territory treasurers meet this month and could prove more favorable to the idea. Campaigners will be keeping up the pressure until then.

Hungary: 27 percent
Plenty of countries are quietly taxing tampons and getting much less attention for it. Top of the list is Hungary, which has the highest VAT rate in Europe, if not the world. It subjects sanitary products to the standard rate, 27 percent, while offering reduced VAT on “dairy and bakery products,” books and medicine. Denmark, Sweden and Norway aren't far behind with standard VAT of 25 percent.

Elsewhere in Europe, austerity measures have seen Greece raise VAT on sanitary goods from 13 percent to 23 percent. Meanwhile campaigners in Italy (tampon tax: 22 percent), France (20 percent) and Germany (19 percent) are petitioning to see their rates go in the opposite direction.

"A product that benefits from reduced VAT is hidden in this picture. Can you spot it?"

Has anyone scrapped tampon tax?

There’s hope yet for those who want cheaper sanitary goods. There are some countries where a girl can get her Tampax without paying extra for the privilege.

Ireland is unique within the EU in having zero VAT on tampons, towels and panty liners. It’s allowed the exception because Dublin wasn’t charging women VAT on such products when the EU introduced its minimum rates.

The most recent convert is Canada, which as of July 1 this year no longer applies GST to products “marketed exclusively for feminine hygiene purposes.” However, tampon tariffs — duties on imported sanitary goods — remain.

Only Kenya has gone further and got rid of both VAT and import duty on sanitary products. So crucial is the matter in rural Kenya, where having the means to manage your period can make the difference between staying in school or not, that on occasion the government hands out sanitary products for free.

The stakes are lower for wealthier women in developed countries.