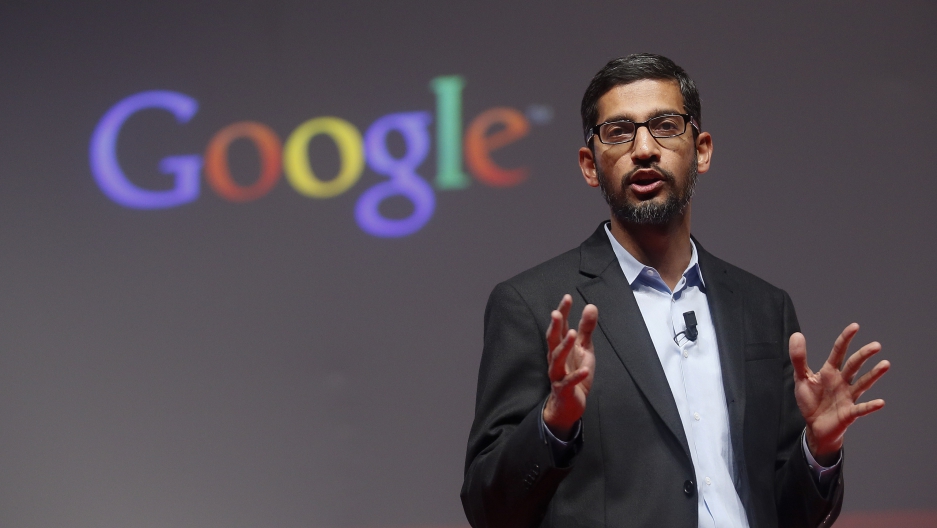 Sundar Pichai, 43, is becoming CEO of Google. The media giant is now a wholly-owned subsidiary of Alphabet Inc.

Instead, Google has become a slightly smaller company that belongs to the umbrella company, Alphabet.

“Alphabet is now a holding company for a lot of Google properties,” says Brad Stone, author of The Everything Store and a senior writer at Bloomberg Businessweek. Diverse organizations like GoogleX Labs and Nest also fall under Alphabet’s umbrella.

The new structure comes with shifts in company leadership, too — most notably, a new Google CEO, Sundar Pichai.

Pichai was born in India and immigrated to the US when he received a scholarship to attend Stanford.

Stone, who profiled Pichai last year, says Sundar’s rise from the Indian middle class might not have been possible a few decades ago. Growing up in a two-bedroom apartment in Chennai, his family didn’t even have a television or phone.

“Sundar came to Silicon Valley in 1993, really just at the dawn of the Internet revolution,” says Stone. His parents cut deeply into their savings to fund the journey.

Pichai told Stone that he was shocked to see how much a simple backpack cost at Stanford: $60. But he found revolutionary new opportunities, too. “He had unfettered Internet and computer access for the very first time,” Stone says.

Pichai’s new job makes him one of many top tech CEOs who immigrated to the US. Stone believes his success might help complicate stereotypes of immigrants.

“I think we want people like Sundar Pichai coming to the US, and innovating here rather than elsewhere,” he says.

Pichai, 43, rose rapidly through Google’s ranks. He successfully launched Google Chrome, and took the helm of Android for two years.

As of today, there’s nowhere left for him to rise at Google. Not unless he joins his new parent company, Alphabet.