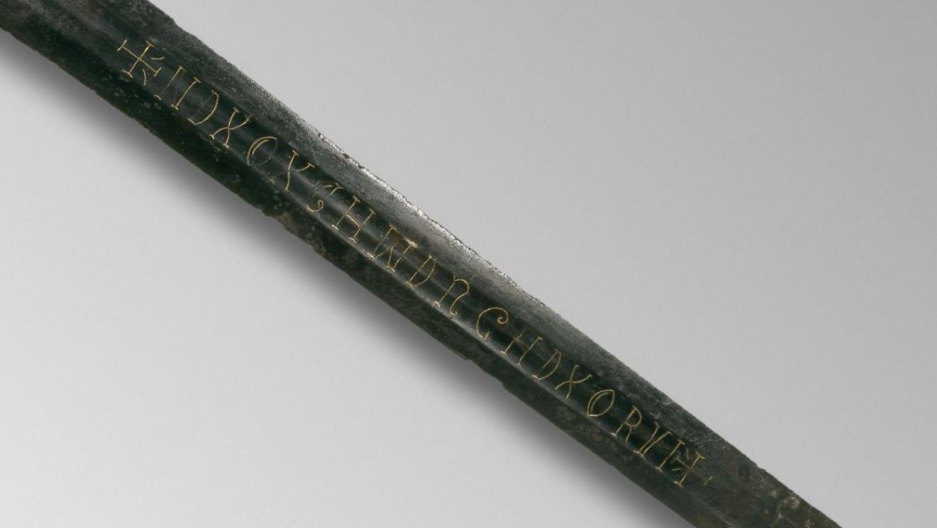 'NDXOXCHWDRGHDXORVI' — What does it mean?!
Credit: British Museum
Share

"+NDXOXCHWDRGHDXORVI+" — Does that mean anything to you?

The British Library has been trying to decipher the inscription on a 13th-century sword, and has come up with nothing. So now it's your turn to try to figure it out. 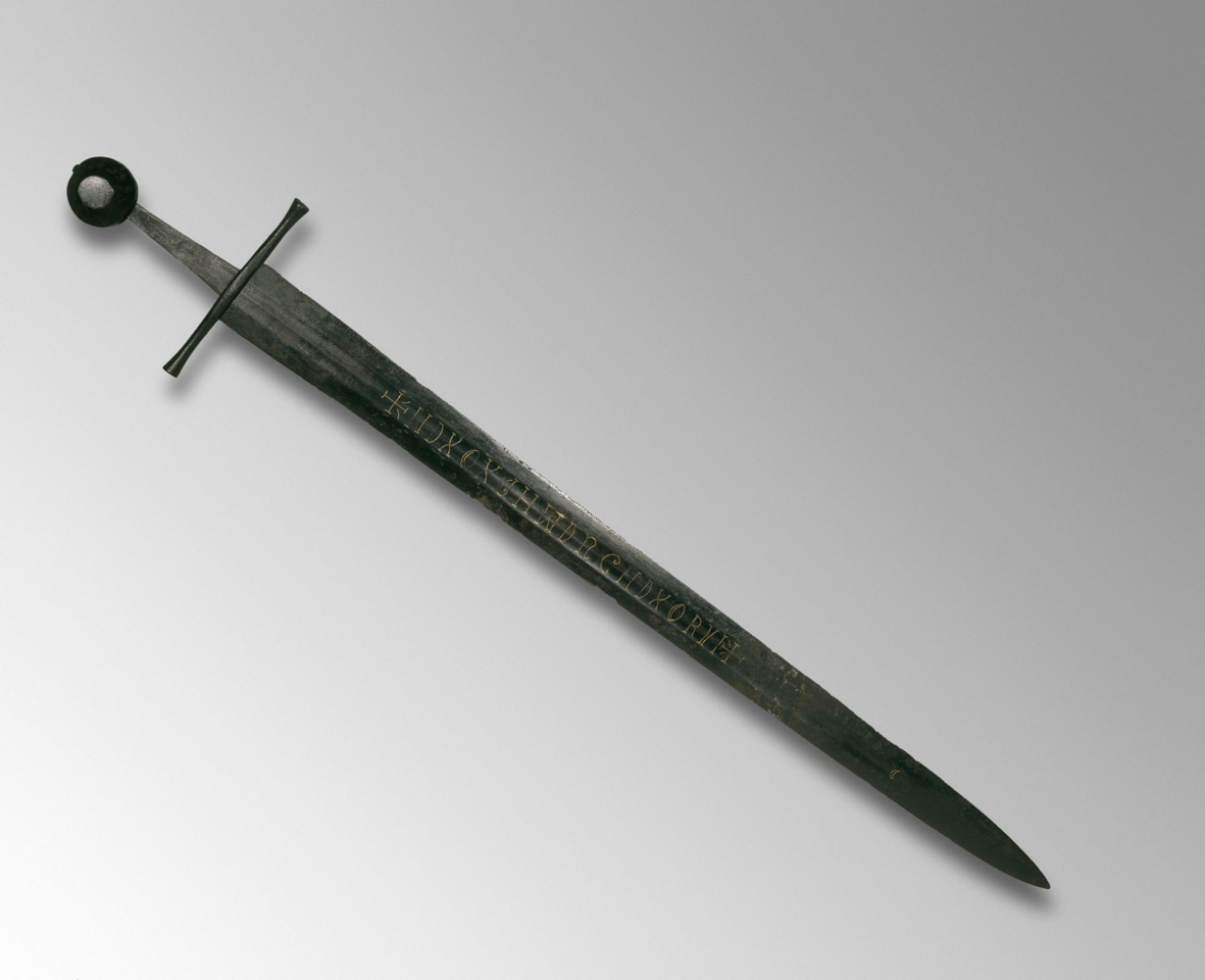 The double-edged sword, currently on display as part of an exhibition celebrating the 800th anniversary of the Magna Carta, dates to about 1250-1330 A.D. and is "typical of those that would have been wielded by European knights in the 13th century," according to the British Library. The blade was likely made in Germany, but the sword was probably owned by an Englishman. It was found in River Witham in Lincolnshire in 1825.

It weighs 2 pounds, 10 ounces, is 38 inches long, and, "if struck with sufficient force, could have sliced a man's head in two," the British Library says.

There's one thing about the sword that the library's curators haven't been able to figure out — what the inscription means. 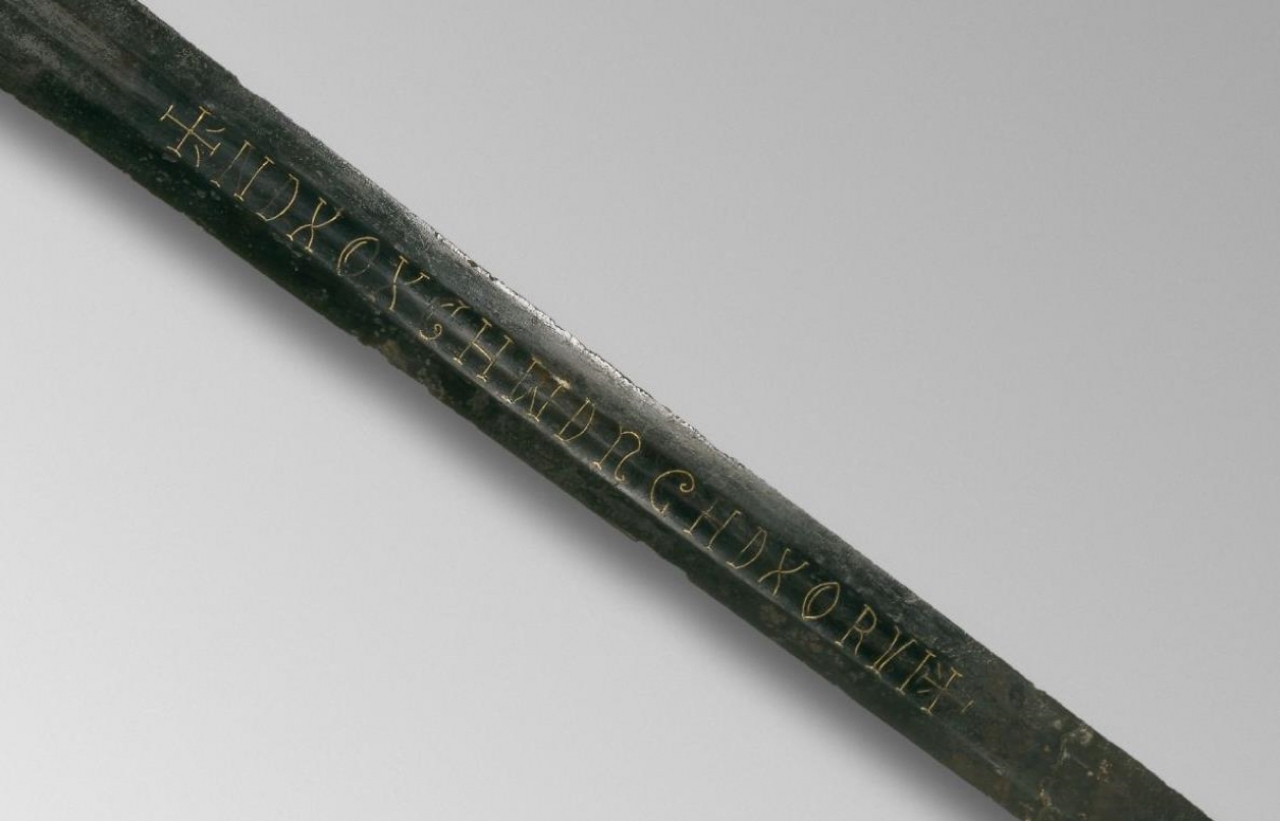 They suspect the inscription is a "religious invocation" but aren't sure of the language. Stumped, they posted photos of the sword to the British Library's blog and asked readers, "Can you have a go at trying to decipher it for us?"

The blog's comment section lit up with suggested translations, wild guesses, and helpful links to academic research on medieval sword inscriptions. Before long the sword was a viral story in the UK.

What's all the fuss about? Oh, of course, it's that sword we blogged about ... #MagnaCarta http://t.co/B2WtfjTA1C https://t.co/ar4lKwK6pg

All that attention, though, brought us no closer to an answer, and now the comments section is closed.

Will you be the one to crack the code?