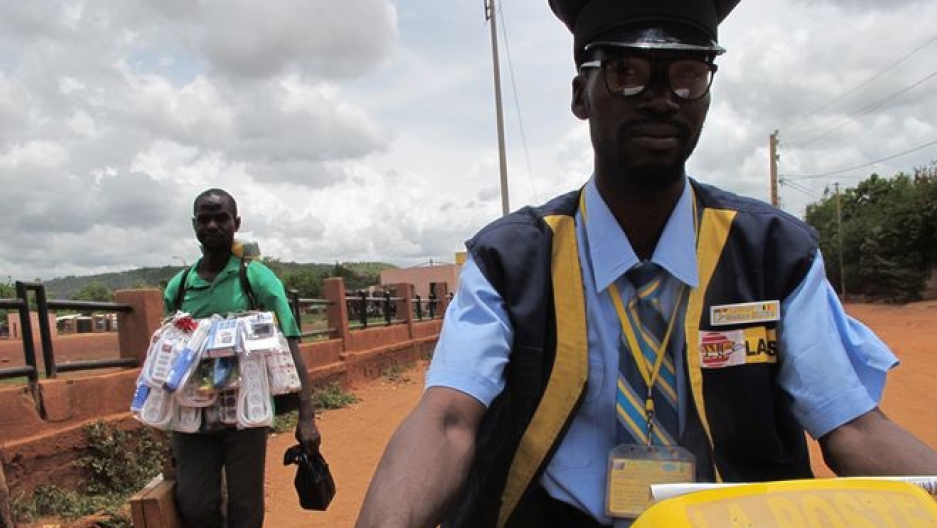 In the capital of Mali, where even the most basic public administration is beset by corruption, the arrival one morning of a letter from the UK comes as something of a surprise.

The doorbell. Bleary eyed, I perform the required yank and heave of the cheap lock.

He is holding a white envelope, addressed to me. I feel like closing the door and reopening it again; just to make sure it's no mirage.

Now, the sight of a postman shouldn't be so hard to take in. But this is the city of Bamako, which is infected with scruffy police officers who use the highway code as a price list for bribes. This is where corrupt civil servants flog municipal land for their own profit. In hospital waiting rooms, queuing ticket dispensers are controlled by people who sell the numbers.

The results of two decades of public sector neglect haven't exactly prepared me for a visit from something as benign and useful as a man delivering letters.

''La Poste, service public!'' he insists, waving the letter in my face.

I examine the back of the envelope. ''If undelivered, please return to PO Box 480 … Manchester." Since moving to Mali I have gone online for banks, bills and birthdays. But not, I discover, for BBC payslips. Thanks to a faraway accounts department, I am meeting postman Aboubacar Doumbia.

He lives and breathes public service as someone only can in a country where there isn't any.

Doumbia has been issued with a standard post office worker's navy blue waistcoat. It is on the drab side. So around it, by scouring the markets of Bamako, he has created a bespoke uniform: cornflower-blue shirt, two-tone blue tie with yellow stripes and — his pride and joy — navy blue German policeman's trousers. The final touch is his cap, which he made himself, complete with a hand-painted La Poste name plate.

Doumbia's scooter is of course yellow. He slides on his metal-rimmed pilot's glasses and takes me on his rounds. 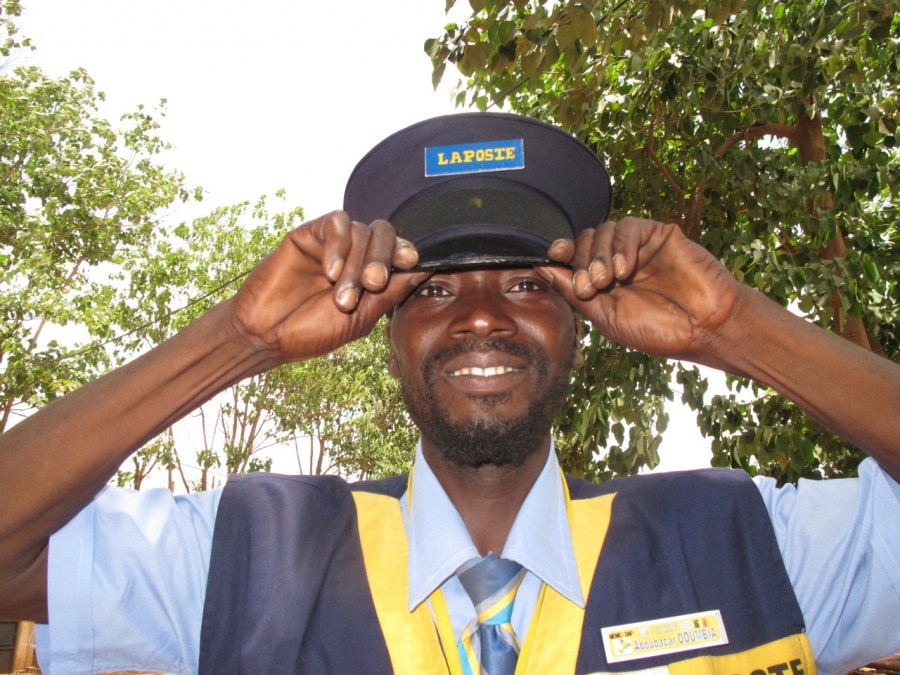 We join the tide of choking green minibuses, lopsided yellow taxis and identical Chinese motorbikes. Not for us the undignified zigzagging you see from some two-wheelers. If anyone tries to cut him off, Doumbia declares ''La Poste, service public!'' It works. This man is a celebrity.

We turn into a dirt road, then another. He props the scooter on its stand. That's when I notice his socks: cornflower blue with yellow stars.

''What's that?'' he asks, pointing at the building in front of us.

''That's right,'' says Doumbia. ''It's clearly not the residence of Coulibaly, even though we are at the address in 103rd Street stated on the envelope. But I know from experience that Coulibaly's part of 103rd is in a completely different place and is accessed from 94th Street.''

To the refrain "La Poste, service public," we head off again.

Doumbia has three children, the eldest of whom is 13. He would love his son to go to university. But it's not going to be easy because of the corruption in the education system. Doumbia himself refused to pay for his high school diploma. He took the exam 11 times in 15 years until finally, three years ago, the examiners passed him on merit, at the age of 35.

He was helped by a retired schoolteacher, who lives in a compound criss-crossed by washing lines and populated by children and grandchildren. Here Doumbia deploys his skill as an acute observer of the human condition. The younger members of the family are just after the old lady's money, he suspects.

''I've her letter inside my waistcoat,'' he whispers. ''It's from her son — he's sent her some money! So when she offers us tea, the postman will find a quiet moment to slip her the envelope when no one is looking.''

Doumbia often speaks of himself in the third person like this. He says the postman faces many challenges. Town halls have no idea about odd and even numbers. Homeowners spruce up their doors and forget to add the number, or get it wrong because they've hired an illiterate painter.

I suggest perhaps a system of giving all streets names instead of numbers might help. Or how about post codes which can really simplify things?

A look of despair comes over Doumbia. His entire body appears to sigh. It's as though the rounds he has just taken me on — painstakingly showing me the postman's challenges — have been a waste of time. When I said post codes, he heard "redundancy."

''I don't really know about post codes,'' he retorts. ''But what we have in Mali — and you've lost where you come from — is the social thing. We talk to each other. If the postman ever returns a letter to sender — which is rare — he feels terrible. That day he has failed in his duties as a public servant.''

This story is cross-posted by our partners at the BBC. PRI's The World is a co-production with the BBC World Service.