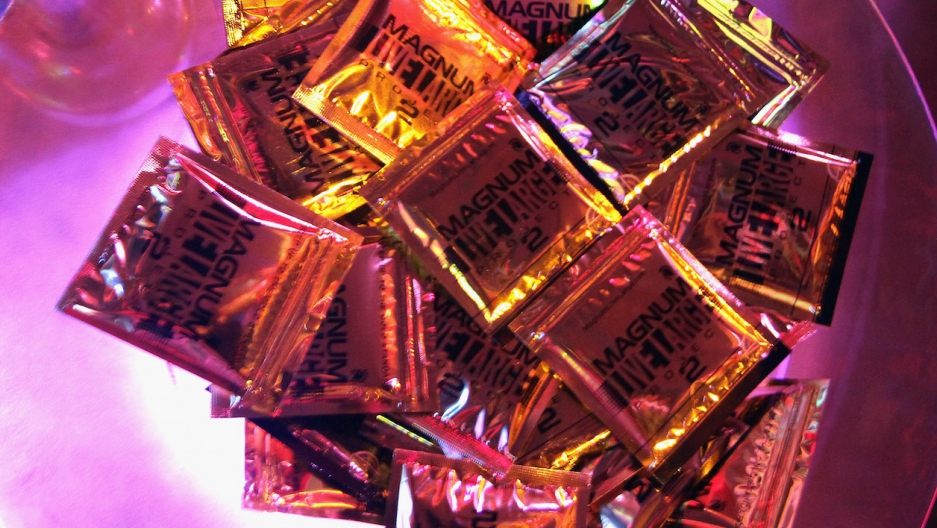 KYIV, Ukraine — First it was global “gay propaganda.” Then it was foreign food. And lately it’s been allegedly subversive NGOs.

Could condoms become the latest Western import to go on Russia’s blacklist?

The Ministry of Industry and Trade is certainly giving that impression. On Tuesday, it suggested banning the public procurement of various imported medical equipment and supplies, condoms included.

Some Russians are aghast, and they’re cry-laughing all over the internet.

That tweet reads: “We'll find a way out either way. We'll carry in banned condoms like this.”

Officials reassured Russians that about 98 percent of the country’s condom market would not be affected because the ban would apply only to state purchases, not the commercial market.

That’s good news, since Russia only manufactures 3 percent of the condoms on store shelves, a major wholesale supplier told a radio station. “This time, the government didn’t reach the point of total absurdity,” wrote a liberal anti-corruption activist on Wednesday.

It’s not an outright war on prophylactics. If approved, the measure would ban government spending on a range of items, from X-ray machines to bandages.

The suggestion is likely aimed at reducing Russia’s reliance on foreign imports and stimulating domestic production.

That same logic was behind last year’s ban on most Western food imports, a response to international sanctions over Russia’s meddling in Ukraine.

Those restrictions are still in place. But they’ve mostly driven up food prices, and overloaded an agriculture industry that’s struggling to fill in for the likes of Polish apples, French brie and cured Spanish ham.

Some believe there’s a hidden upside if it does come to fruition.

Not everyone’s laughing, though. Some experts say the loss of quality goods and equipment in Russian hospitals could boost disease rates and hinder treatment.

Nearly 1 million Russians have HIV, in a growing epidemic. Russia also has high teen pregnancy and abortion rates — a problem the country’s traditionally expensive condoms may have helped fuel.